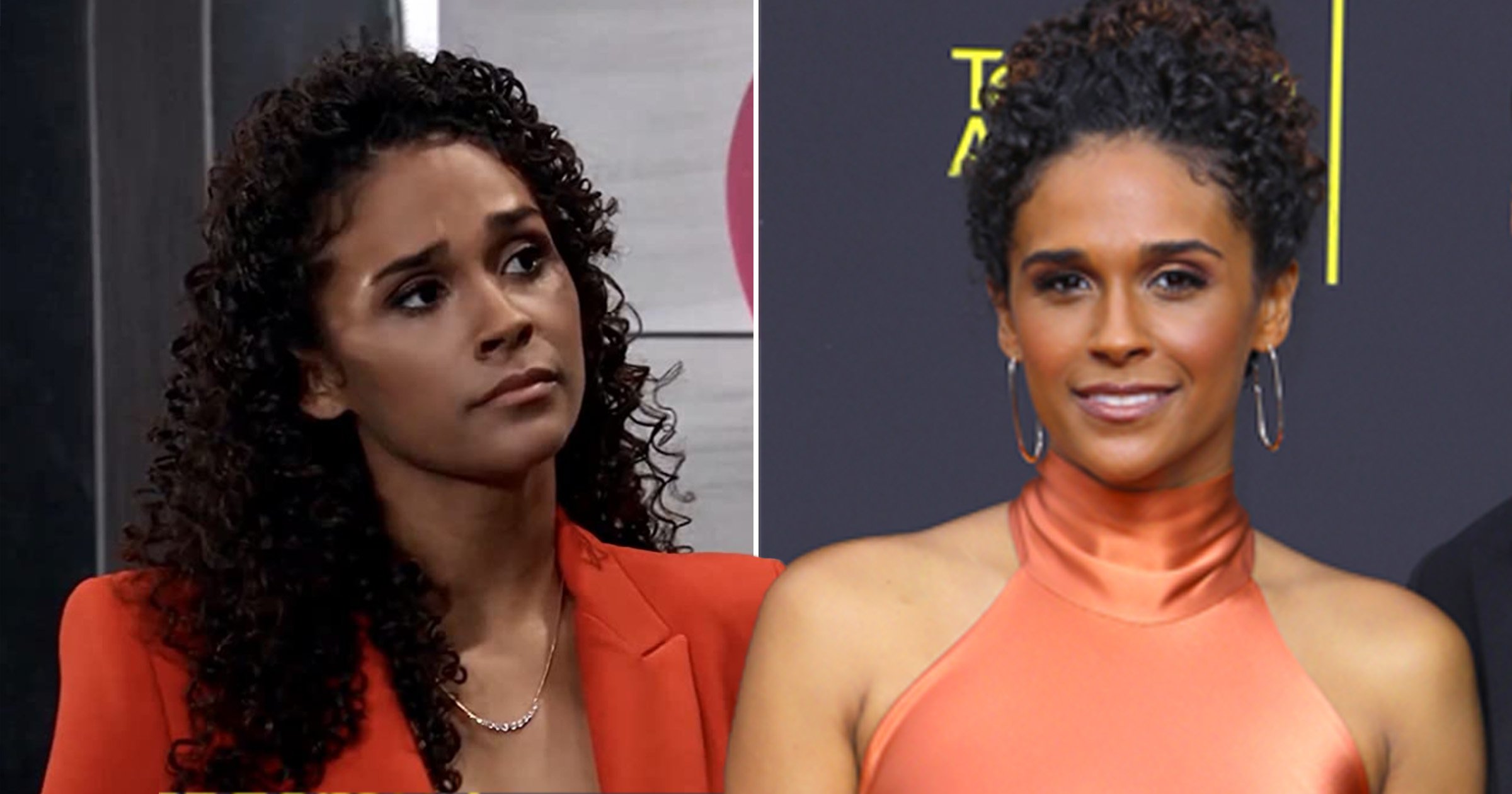 General Hospital viewers will no longer get to see Briana Nicole Henry grace their screens as Jordan Ashford as the actress has left the show.

After three years on the ABC soap, the actress revealed her decision to step away from the popular daytime soap.

The 29-year-old explained: ‘I suppose it is that time isn’t it. As I celebrated my third year of being on General Hospital yesterday, I also watched my last episode as Jordan Ashford air.

‘People kept asking me how it felt to have ended my time on the show, and it wasn’t until yesterday that it really sank in, as I watched Jordan’s goodbye to her family and knew the tears you saw were real tears between not just colleagues but friends.’

She continued: ‘I decided it was time for me to move on from @generalhospitalabc and I got nothing but love and support from everyone involved. Not to mention was given the most beautiful send of that left me quite literally shaken.

‘I’d like to take a second to thank every single person in my @generalhospitalabc family that helped me make GH my home over the last three years, especially @fvalentinigh . From the crew, to my cast mates to our security guard Emma, there were multiple people on any given day that brought such a smile and warmth to my heart.’

The actress added: ‘When I started GH it was my first opportunity as a series regular, and to get the opportunity to throw myself into Jordan for the last three years and work with some truly incredible actors has been an honor.

‘Thanks for holding space for me to grow. I am a better actor because of the time I spent within those walls and will forever be grateful for the way the show nurtured and challenged my ability.’

Briana concluded: ‘To the fans, it took me a while to win you over, but once you saw my heart you made me feel so much love. I hope I brought something unique and honest to your beloved character of Jordan Ashford, she’s one helluva woman. Until next time loves 👋🏾.’

Co-star Josh Swickard commented: ‘LOVE YOU SO MUCH!!! ❤️❤️❤️ you brought so much love and life to the set. Gunna miss you.’

‘Dear sweet beautiful Briana. You are the most loveliest of souls and I have enjoyed our talks so much. You have a shining spirit and I can’t wait to see what the future holds for you. With love always Fin ❤️ xx,’ Finola Hughes added.

Sofia Mattsson wrote: ‘Gonna miss you like crazy!!! 😭😭 Love you!! ❤️❤️ So inspired by your talent and so excited to see what’s next for you!!

In Jordan’s final scene, it was revealed that she had suffered kidney damage and was having renal failure.

She had to be sent to a specialty clinic in Albany for dialysis and treatment until she recovered.