In the Game of Thrones finale Bran (played by Isaac Hempstead-Wright) was chosen as the successor to the Iron Throne by the leaders of Westeros.

Many fans of the HBO series viewed Bran claiming the Iron Throne as anti-climatic and not the ending they deserved after seasons of speculation.

Tyrion Lannister (Peter Dinklage) suggested Bran be crowned as he is the three-eyed raven and can avoid the mistakes of the past.

Now, one Reddit fan has produced evidence from the first book of the series the show is based on to prove he was always destined to be crowned.

Reddit user fun-dan provided the following extract from the first book: ‘“I welcome you to our fires,” Bran said stiffly, “and offer you meat and mead in honour go our friendship.”

‘Harrion Karstark, the oldest of Lord Rickard’s sons, bowed, and his brothers after him, yet as they settled back in their places he heard the younger two talking in low voices, over the clatter of wine cups.

‘“Sooner die than live like that,” muttered one, his father’s namesake Eddard, and his brother Torrhen said likely the boy was broken inside as well as out, too craven to take his own life.

‘Broken, Bran thought bitterly as he clutched his knife. Is that what he was now? Bran the Broken? “I don’t want to be broken,” he whispered fiercely to Maester Luwin, who’d been seated to his right.

‘Bran the Broken’ is a huge allusion to his ultimate fate as ruler of Westeros as Tyrion crowns him the King and to be known as Bran the Broken. 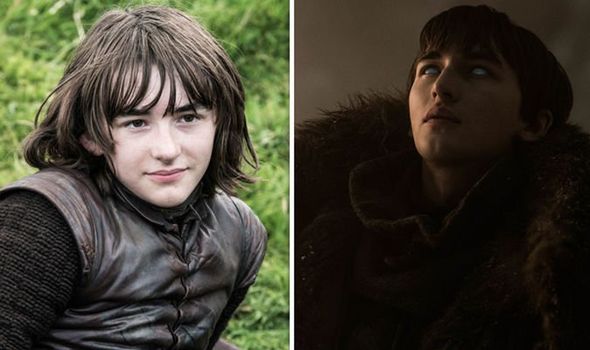 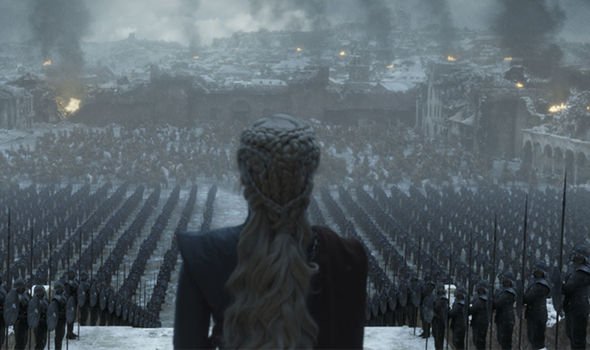 Should fans have realised he would one day be crowned with this name and usher in a new era of rule from King’s Landing?

The crown should have automatically gone to Jon Snow (Kit Harington), but after killing their queen Grey Worm and the Unsullied threatened to kill him.

For his own safety, a deal was struck to send him back to the Night’s Watch in scenes that disappointed fans.

Meanwhile, a recent documentary has shown a how a very different finale could have taken place. 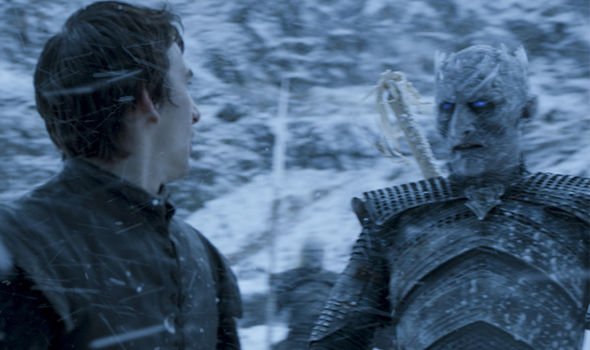 Scenes from the final episode filming show the terrifying Night King (Vladimir Furdik) on set in what would have been a huge twist.

In the documentary which aired on HBO, it seemed pretty much every actor was on hand just in case.

That included Vladimir who was in King’s Landing while wearing a full costume.

Game of Thrones is available on on Sky Atlantic and NowTV.