Debbie Dingle (played by Charley Webb) went to take care of a garage in Scotland after her plans to start a new life with Joe Tate (Ned Porteous) fell apart. While Joe fled to Monte Carlo to start a new life and hide from Kim Tate (Claire King), Debbie headed up north to clear her head. But she was pulled back to Emmerdale village by news of her daughter Sarah’s disappearance.

Turning to her mother, Debbie demanded answers as she wanted to know why she hadn’t been looking out for daughter.

Charity began: “Babe,” but the mechanic raged: “Don’t babe me. You let me go to Scotland and sort my head out – I put a lot of pressure on you, I would have understood.”

Debbie ripped into Charity, insisting she couldn’t be trusted and felt disappointed not to have been told she was struggling to look after the teen. 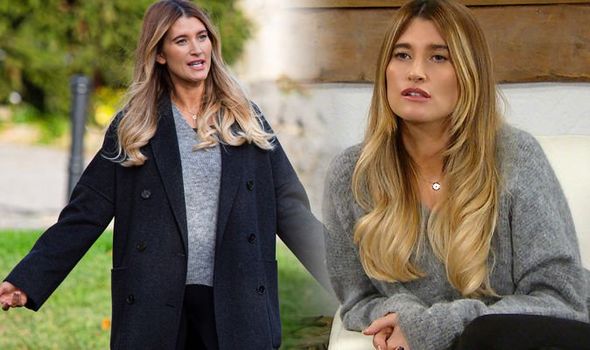 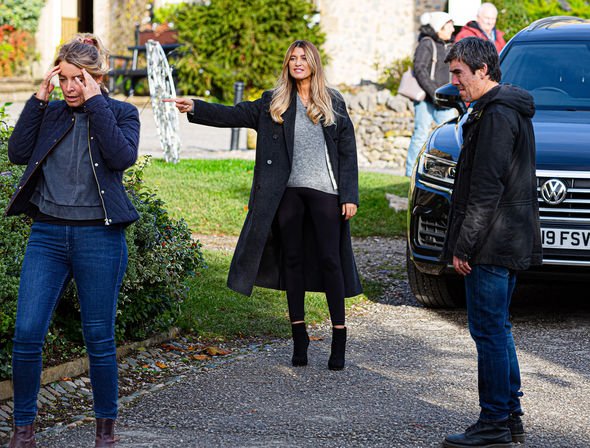 However viewers were far from impressed with Debbie targeting Charity, with many claiming she was hardly mum of the year for leaving Sarah behind in the first place.

“B****y hell, Debbie goes away for nearly a year and then comes back behaving like she is ‘mother of the year,’” one fan posted on Twitter.

“Back for like 3.9 seconds and she’s already f***ing moaning……..go back to Scotland please Debbie,” another commented.

A third tweeted: “”My little girl, my responsibility”. Yeah but where have you been Debbie?!” 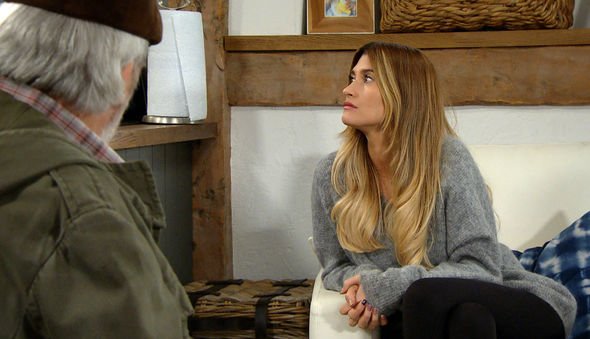 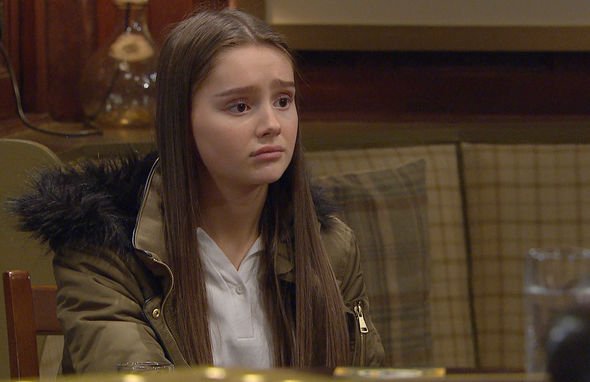 But it wasn’t the only element of Debbie’s return which angered fans as many demanded to know how she recognised Nate Robinson (Jurrell Carter) despite only meeting once briefly.

Before it was revealed Nate was Debbie’s half-brother, she allowed him to set up his van at the farm but it wasn’t until she was back in the village that Cain detailed his affair with Moira Barton (Natalie J Robb).

Debbie lashed out at Nate claiming he wasn’t part of the family as he had failed to look out for his niece.

One fan questioned: “How did Debbie recognise Nate have they never met?”

Despite all the drama, Debbie was furious to learn Sarah had been hiding after Danny (Louis Healey) had been trying to deal drugs with her.

Sarah had planted the drugs on newcomer Ethan Anderson (Emile John) as she was worried she’d go to prison.

“Chas called the police and I just panicked. It was really scary! But he saw me!” Sarah cried.

“Ethan – he knew by my face and suppose he tells the police and gets me arrested. I could go to prison like Danny!”

Debbie reassured Sarah she wouldn’t be going anywhere and was back to protect her daughter.

“You’re not going to go to prison,” she explained. “Listen to me, you are my priority – I’m back and I’m not going anywhere, ok?”

Thief steals car with child in it — then lectures the mom