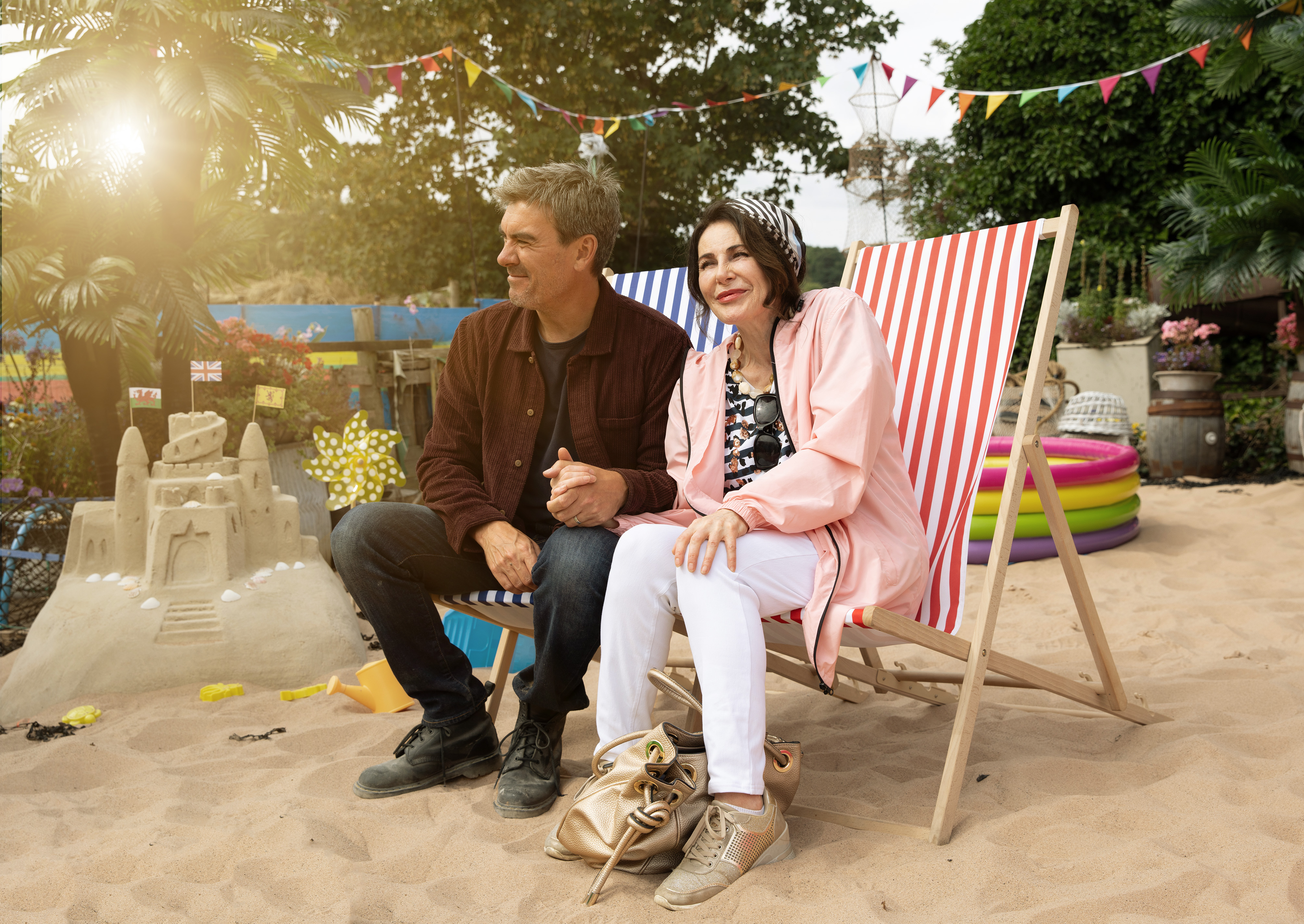 As we prepare to say goodbye to the force of nature that is Faith Dingle for the final time, Sally Dexter, who plays her, has revealed how sad she is to be saying her goodbyes to the character and to her Emmerdale family.

‘I found it really quite poignant to film,’ she says of Faith’s final scenes. ‘I knew it meant Faith’s time in Emmerdale was up, and so was mine…’

While it was undoubtedly sad to film the scenes where Faith decides to end her own life before her cancer can rob her of the capacity to make her own decisions, there were also some joy-filled scenes for the actors.

‘Before taking her leave of it, she wants to celebrate it with all the people she loves and she decides that replicating a truly happy holiday at the seaside when Cain (Jeff Hordley) and Chas (Lucy Pargeter) were children would be the perfect way to do it! But Faith has another fall and ‘the children’ realise she’s too weak to travel. So with typical Dingle ingenuity, they decide to bring the seaside to her! We all knew we’d be emptying sand out of our shoes for the next week or so, but it didn’t stop us having a ball. We really enjoyed ourselves!’

The fun of filming with the Emmerdale team is something Sally is going to miss. ‘I will miss the laughter, the fabulous Yorkshire countryside and the skill, talent and dedication of the whole team of people I respect, admire and have huge affection for,’ she says.

‘I always knew Faith was coming back to die. My idea was to have her save Cain and Chas from some sort of attack in the Woolie – say from a bullet or a knife aimed at her children from a crazed intruder! I could picture her sliding down the side of the bar, with Cain and Chas declaring her a heroine!

‘But the story Jane (Hudson) and the team wanted was a far more important and difficult one to tell. I only hope we have done as much justice as we could.’

While respecting that the story is a hugely important one, Sally does have regrets that her character is being killed off.

‘I’m hugely sad that Faith can’t return,’ she says. ‘I have enjoyed being back.’

Faith’s fabulous fashion sense might still live on, though, as Sally mentions that she may have taken a few pieces from her character’s wardrobe as mementoes. ‘If you spot me on the street you might recognise me wearing a few items!’ she laughs.