Emmerdale’s Lydia Hart (played by Karen Blick) was overwhelmed with emotion this evening as she discovered the mother she thought was dead was actually alive. Her mum, Agatha Finn, came to visit her in the home she lives in with Sam Dingle (James Hooton) but she wasn’t filled with good news.

Previously, Lydia’s twisted sister Beth had told her Agatha had passed away.

Mandy Dingle (Lisa Riley) was never satisfied by the revelation and she went digging for information.

She soon learned Agatha was alive and well much to Mandy’s surprise, the long-lost mother wants to see Lydia.

Of course, Lydia was shocked to discover her mum was still living and the pair had a tense chat about their pasts. 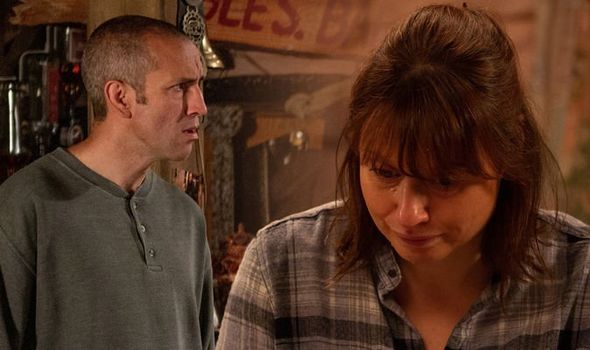 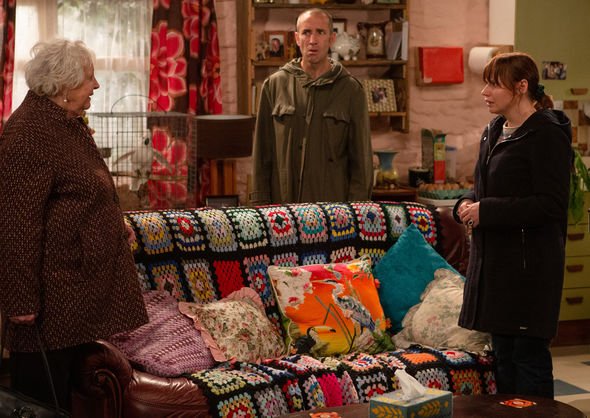 Agatha revealed she had always kept an eye on Lydia, and had seen her photo in the paper previously.

However, talk soon turned to the topic of her late date, who recently passed away.

Huntingdon’s is a condition that stops parts of the brain working over time. 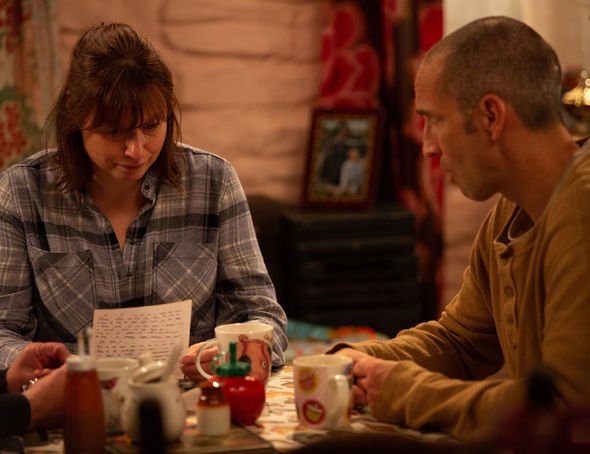 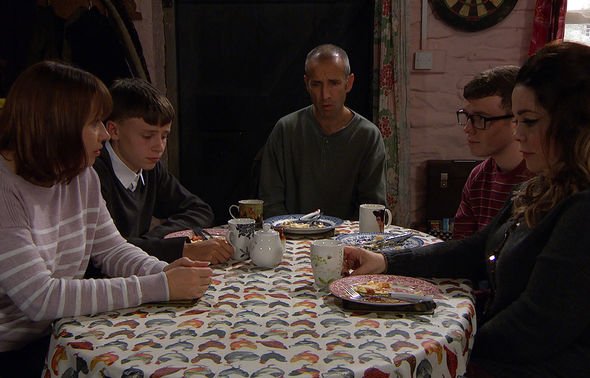 According to the NHS, it is passed on by a person’s parents.

It gets gradually worse over time but it can be fatal after a person of up to 20 years.

The news hit Lydia hard as she come to terms with the fact she could also suffer from the same disease.

Agatha revealed Beth had taken the test and it had come back negative, meaning she was clear.

Coronation Street: Liz McDonald to exit with a ‘bang’ [SPOILERS]

With Lydia resolved to taking her own test, in the coming weeks, but will she get the same good news as her sister?

What’s more, Sam was completely heartbroken by the revelation as he too would have to face a tough battle with her if she carried the disease.

Will the pair finally get some good news after weeks of bad?

Elsewhere on this evening’s episode, David Metcalfe (Matthew Wolfenden) got some harrowing news of his own.

He went for a chat with Leyla Harding (Roxi Shahidi), and was forced to tell her Jacob Gallagher (Joe-Warren Plant) could be in danger.

In the coming weeks, Maya Stepney (Louisa Clein) will be released from prison for child grooming and underage sex offences.

With Jacob struggling to move on from her, will he be in danger from Maya all over again?