Robert (played by Ryan Hawley) has been struggling to process his little sister Victoria’s (Isabel Hodgins) trauma on Emmerdale after she was abused by evil rapist Lee (Kris Mochrie).

Victoria has undergone some major changes in an attempt to cope with her suffering, such as getting some time away from the village, cutting her hair short, and now living with Robert and Aaron Dingle (Danny Miller) at their cottage on the ITV soap.

But through her journey, she has decided she is going to keep Lee’s baby, determined to have something positive come out of the violence.

Robert was horrified to learn this, and repeatedly tried to talk her out of the idea, putting the siblings at loggerheads.

What’s more, upcoming episodes will see Robert’s revenge plan continue as he can’t move on following the police’s decision not to press the case further due to insufficient evidence.

However with the news Robert is set to depart the Yorkshire Dales in some capacity, could his failure to accept what’s happened propel him into further violence and danger?

Robert has always had a scheming personality and viewers have seen his dangerous streak in previous years as the character has actually killed before.

But with actor Ryan now set to leave the soap – will bosses decide Robert being sent to prison is the best avenue to take?

A prison storyline would potentially ensure Robert and Aaron can stay together, with the latter being no stranger to the cells. 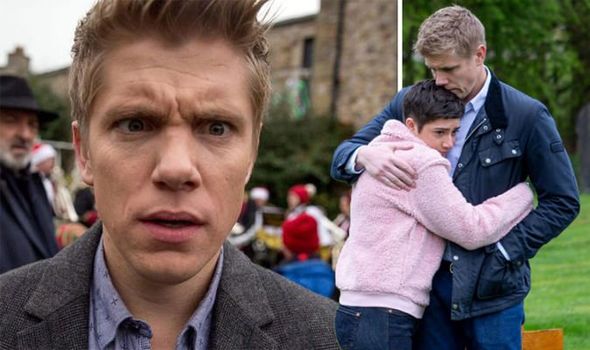 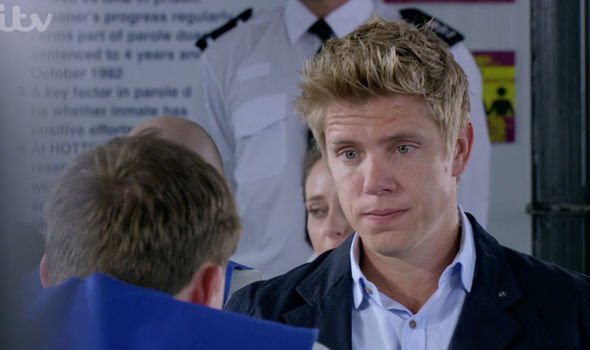 Aaron could support his husband off-screen and it would give Ryan a window to come back to the Dales when his character is released in the future.

Devastated by the news Ryan will be leaving, fans have been sharing their thoughts on Twitter ever since.

One person guessed: “Sad news and I guess his exit might end up being connected with the current rape storyline with Victoria.”

“If they split Aaron and Robert up I will be so so annoyed,” another fan wrote. “I hate to think about it the only way that #emmerdale can properly do this is to kill Robert off.”

Another theory is that producers will choose to recast Robert again – as the character has already had four actors playing him. 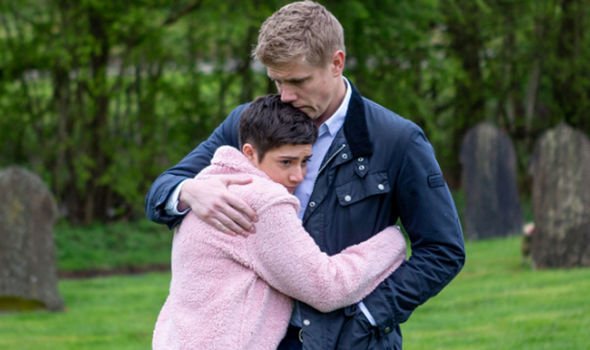 Richard Smith was first to play the character as a baby in 1986, and Christopher Smith had the longest stint from 1989 until 2001.

Karl Davies starred as Robert until 2009, and finally Ryan took the role in 2014.

One fan said: “Just recast him. For the love of god. It’s a soap. He’s Robert Sugden. Recast the man!!!

“We all love Ryan, but it’s the character that matters. Give another actor a shot.”