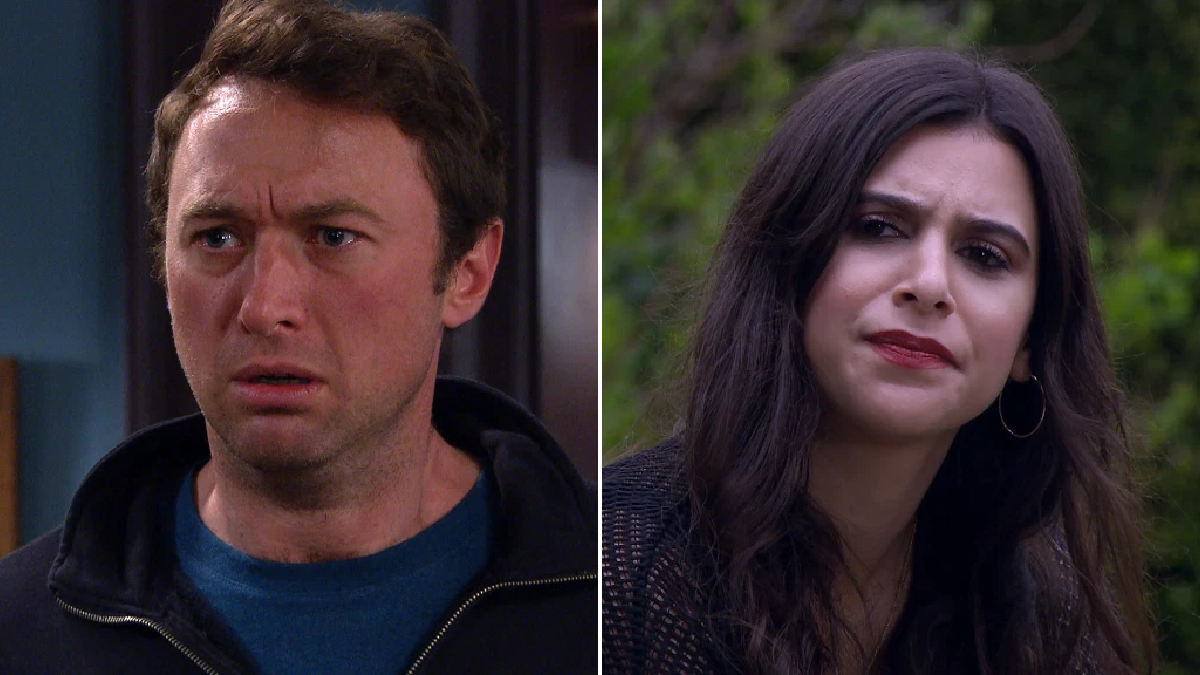 How would any father react to find out that someone would murder their daughter? It’s a question that Emmerdale star Jonny McPherson has been thinking about for when Liam Cavanagh eventually learns that Meena Jutla (Paige Sandhu) killed Leanna.

While he argues that proper, legal justice would be the right comeuppance, he reckons that any father would find blind rage and that Liam could murder Meena in revenge.

He mused in an exclusive interview with Metro.co.uk: ‘I suppose it would be interesting if Liam did find out, and what would happen as a consequence.

‘I mean, what would you do in that situation? As a parent of a child who had been murdered by someone, as much as you’d like to rationalise it and have some self-restraint – you’d want the path to lead to justice – at the same time I imagine you’d feel that it is a bit of an eye-for-eye scenario.

‘Somebody who is as reasonable and rational as Liam, competing with an absolute torrent of fury, that would be interesting!’

But right now, Liam has no reason to suspect Meena is a killer; in fact, the sociopath is taking a dark pleasure in being close to Liam after dispatching Leanna.

He explained: ‘I mean it’s difficult because Meena also provides Liam with somebody to talk to. She ends up positioning herself to allow him to talk to her.

‘He finds a great deal of solace in Meena’s coldness about everything. It’s kind of a tonic after everyone else’s platitudes and apologies.’

Jonny went on to reveal that Meena will definitely kill again.

Will this arouse Liam’s suspicions that she had a hand in Leanna’s death – or could he even be the victim?