EastEnders hasn’t been on TV screens as often as normal for the past few weeks because of Euro 2020. Fear not though, as a week worth of episodes have been dropped in one go on BBC iPlayer for fans to binge. But EastEnders did make an appearance on BBC One on Thursday, July 1, which featured a surprising new face.

Why did the BBC recast Kat Slater’s son Tommy?

Soap fanatics saw there was a change in casting in this evening’s episode of EastEnders.

Kat Slater (played by Jessie Wallace) and Phil Mitchell (Steve McFadden) were in the cafe, talking about their new business adventure: the launderette and cab firm.

A boy’s feet was then seen kicking a football about but when the camera panned out, it wasn’t the face viewers had been expecting.

While it was Tommy Slater, Kat’s son, it was a new actor portraying the youngster. 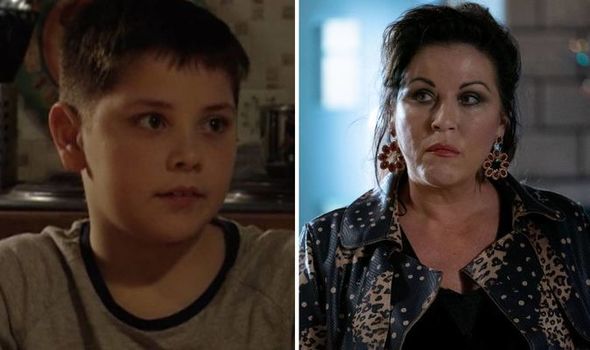 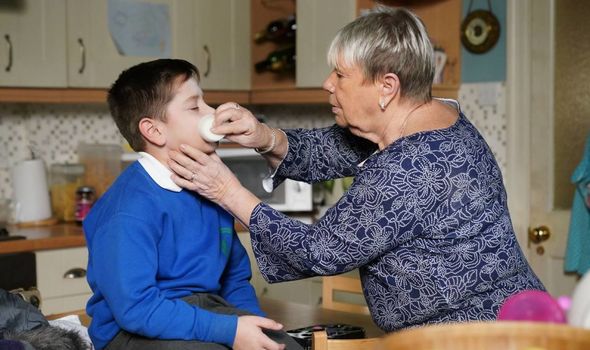 However, in the latest episode, it was the first time actor Sonny Kendall appeared in the BBC soap.

From now on, he will be playing the role of Tommy and it looks like fans are going to see a cheekier side of him.

Not only was he not listening when his mum said to go outside to play football, he accused Kat of being in a mood because she was hungover.

Could this be the start of Tommy having some bigger storylines and getting into some trouble? 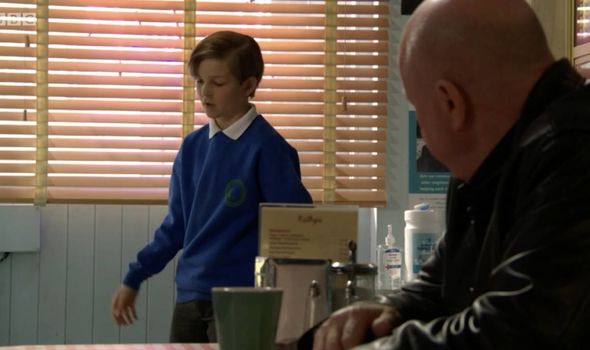 The BBC hasn’t given a reason for why Crotty was replaced as Tommy.

It might have been the young actor’s decision to step away but neither have spoken about the decision.

This isn’t the first time Tommy has been recast either as Kendall is the fourth actor to take on the role.

On one of the last days of filming, Crotty took to Instagram to say farewell to his EastEnders family.

Crotty shared a picture of himself with onscreen mum actress Jessie Wallace.

He wrote: “Gonna miss you so much mummy kat (Jessie) we had such fun and laughs over the years!!

“It was just such pleasure working with you and dad @theshanerichie, I learnt so much from you both and laughed so much!! Best family on the square #fact.

“Your forever be my favourite on-screen mum and dad….no one can ever take your places!!

“Thank you Jessie for showing me the ropes and making me look really amazing on-screen alongside you!! Will never forget how loving, kind, funny, cheeky and fearless you are.”

Kat and Phil have been secretly seeing one another for months and have now told their friends and family.

The former dodgy businessman has been spending more time with Kat’s children as a result.

So is Phil going to end up being a bad influence on Tommy?

EastEnders is available to watch on BBC iPlayer.