Jay Brown (played by Jamie Borthwick) has been spending a lot of time with Honey Mitchell (Emma Barton) on EastEnders recently. The pair supported one another through the lockdown and Jay was on hand to help Honey after she her drink was spiked and she was attacked last month. Soon as the pair get giddy at Christmas, they will give in to their feelings for one another.

In upcoming episodes, Honey is left stressed over the big Christmas community event.

Just as everyone’s about to get started on the event, she screams in horror as she discovers the fridge is broken.

Honey is forced to cancel the event and is left devastated by the sudden turn of events.

Desperate to impress Honey, Jay will step in to save the day by calling in a team of caterers. 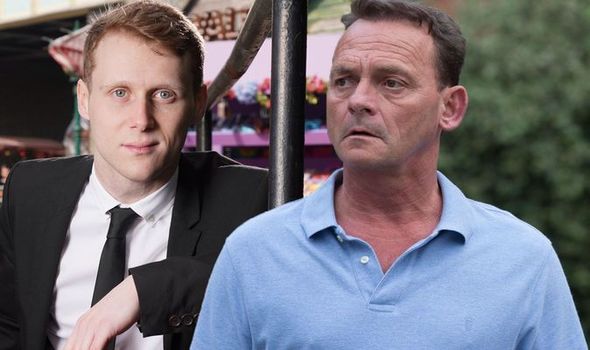 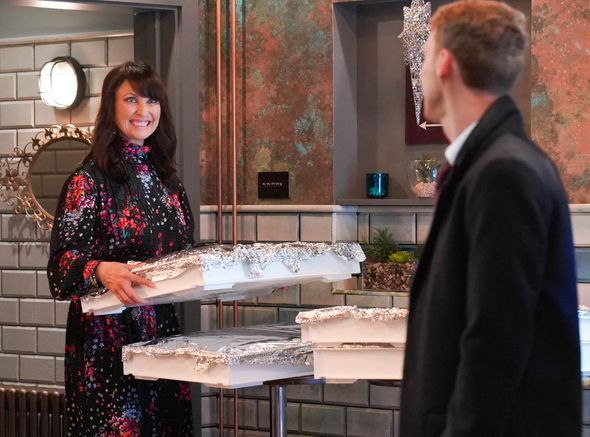 Thrilled, Honey is delighted to announce the festivities can go ahead thanks to Jay’s fast thinking.

Honey and Jay are left giddy with Christmas spirit and the success of the event and when one thing leads to another, they share a kiss.

Fans have long speculated the pair could get together but it seems the passion will be short-lived.

Just as they lock lips, Billy Mitchell (Perry Fenwick) walks in and spots them. 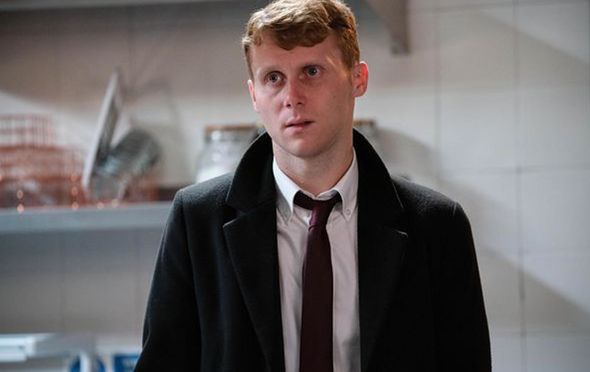 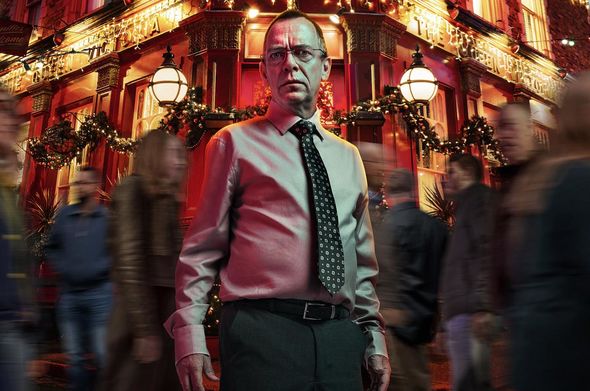 Billy is speechless as Honey and Jay try to explain what he saw, but he storms out.

Despite Billy now being in a relationship with Karen Taylor (Lorraine Stanley), viewers know Honey is the apple of his eye.

Billy helped to raise Jay so he will no doubt see his kiss with Honey as a betrayal.

Remembering how Billy reacted when he learned Paul had tried to sexually assault Honey, fans will be fearing he could attack Jay too in an act of revenge.

Elsewhere in Albert Square, Ian Beale (Adam Woodyatt) will be constantly looking over his shoulder after his attack earlier this month.

Worried about who he can trust, he will live in fear as he speculates who tried to kill him.

New wife Sharon (Letitia Dean) and Kathy Beale (Gillian Taylforth) panic when they hear a bang from the Queen Vic and rush over.

There, they find Ian cowering under a table, who has realised just how many enemies he has made in Walford.

Wanting to ensure he can enjoy a safe Christmas with his family, Ian turned to his sons to apologise for his recent behaviour.

However, it’s not long before Ian’s attacker strikes again.

On Christmas Day, Ian’s attacker puts their final action into plan, which will leave him once again fighting for his life.

EastEnders continues Thursday on BBC One at 7.30pm.