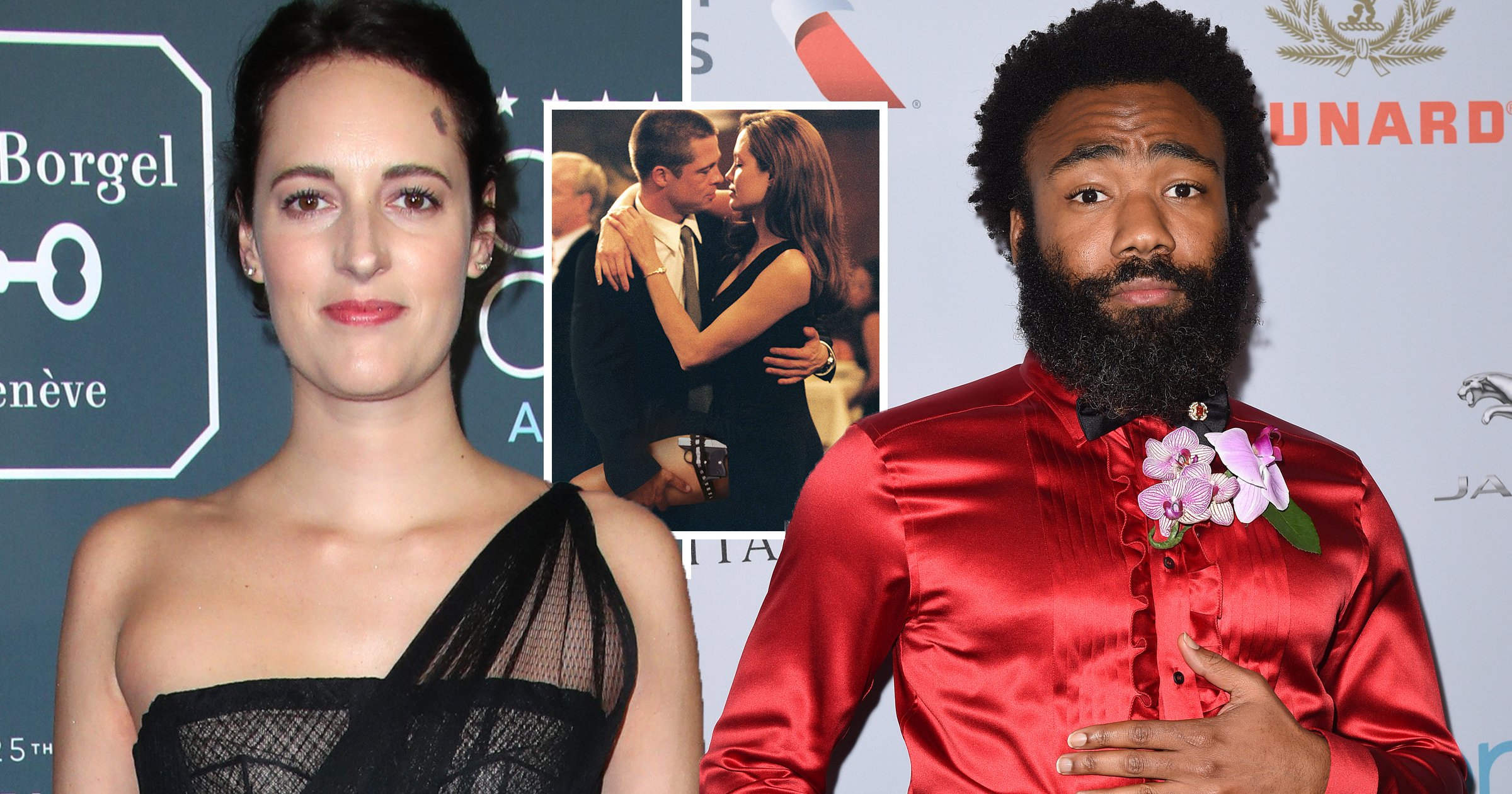 In news we didn’t know we needed but that has made our dreams come true, Donald Glover and Phoebe Waller-Bridge are teaming up for a new take on Mr and Mrs Smith.

The minds behind Atlanta and Fleabag have been confirmed to star in a series based on the 2005 film, which starred Brad Pitt and Angelina Jolie.

Donald, also known as Childish Gambino, and Phoebe will also executive produce the series, being the talented pair that they are.

Amazon Studios head Jennifer Salke of the project: ‘Talk about the dream team! Donald and Phoebe are two of the most talented creators and performers in the world. It’s truly a dream for us, as it will be for our global audience, to have these two forces of nature collaborating as a powerhouse creative team.

‘Mr. and Mrs. Smith is an iconic property, and we can’t wait to see how Donald, Phoebe and Francesca make it their own. We’re thrilled to be working with them, and with such great partners at New Regency.’

New Regency’s Yariv Milchan and Michael Schaefer added: ‘Having had the pleasure of successful collaborations with the incredibly talented Donald Glover, most recently on Guava Island, we all started talking about other projects to do together and when he suggested the idea of a new take and iteration on the New Regency film, Mr. & Mrs. Smith, we jumped at the chance to get going right away.

‘Adding Phoebe and her company Wells Street Films as a collaborator and co-star takes everything up another level and makes the project worthy of a reimagining for both new audiences and past fans of the original film.  We are so excited to be working with Donald, Phoebe, Francesca [Sloane, showrunner] and the entire team at Amazon Studios.’

It is unclear how much the new series will stick to the plot of Mr and Mrs Smith.

The movie – after which Brad famously split from Jennifer Aniston and started a relationship with his co-star – followed on a bored married couple who learn that they are assassins from competing agencies, who have been assigned to kill each other.

Mr and Mrs Smith was a huge hit, raking in over $470 million at the global box office.

Two years on from its release, a pilot for a spin-off series on ABC was made, starring by Martin Henderson and Jordana Brewster as John and Jane Smith, but ABC decided not to commission the series.

However, there’s huge buzz around the Prime Video take, considering how successful Donald, 37, and Phoebe, 35, have been in television.

After writing for 30 Rock, he went on to star as Troy Barnes in the beloved comedy Community, before creating, starring in and occasionally directing Atlanta, for which he has won two Emmys and two Golden Globes – and that’s before you get to his five Grammys in his music career.

Meanwhile, Phoebe gained acclaim for writing and starring in the 2016 series Crashing, before her series Fleabag became a worldwide smash.

The star is also wrote and produced Killing Eve, and executive produced the HBO series Run.

Donald and Phoebe have worked together before, starring in 2018’s Solo: A Star Wars Story as Lando Calrissian and droid L3-37.