Death in Paradise fans are still not over Danny John-Jules’ departure in 2018 and with every new series of the popular comedy-drama show, they wonder whether he will return as Officer Dwayne Myers. In a recent Q&A with co-star Ben Miller, the actors spoke about the first time they met and regaled tales of when they were on set filming together. Apparently, Danny and Ben’s natural friendship resulted in a lot of on-set jokes and this annoyed those trying to create the BBC show.

“It’s worth mentioning, we don’t really meet each other until the read through before we’re all good to know and I first met Danny at the read through, where we’re reading it for the channel and all the heads, the crew,” Ben began.

“One thing I do really remember was how – given it was quite hard to logistically do, we were filming all on location we didn’t have any studio stuff at all, it was a bit of a learning curve in terms of filming – in terms of performing, how we all gelled Danny, that was amazing.

“There was never any tension between us, we all just slotted in,” he added.

Danny took over and reminisced: “I think it drove the directors and producers mad, because most of the creativity happened on the day, and of course what that means it’s time against the arts. 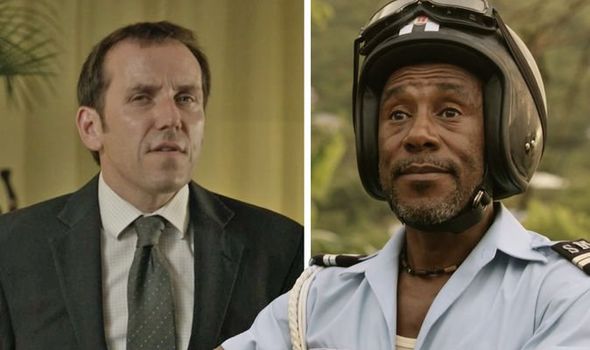 “For instance, if you remember the scene where we were at Dwayne’s table and I started with the juggling ball and I was doing my throw and Gary snatched it and continued juggling it while he did his line.

“You came in and snatched it, started to juggle it and dropped it on the table – but that all happened on the day during the rehearsal,” the actor explained.

“And then Gary took it one step further and as he did his last line, I told a joke and he threw the ball and it hit me on the back of my head. 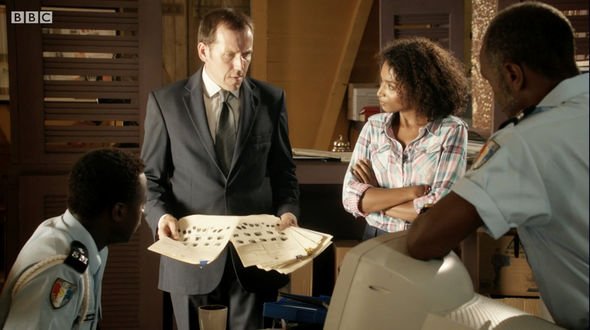 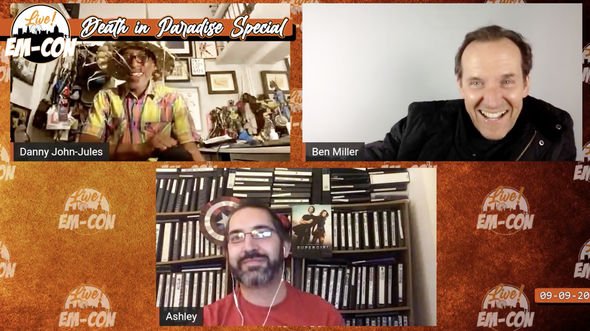 “Of course, [the bosses] were going crazy, because they’re sweating, looking at their watch and watching three numpties try and work out a gag.

“But if you look at the scene it’s seamless, it’s like three guys juggling, but that’s going to take up 15 minutes of time. And that was every time,” Danny commented.

Ben agreed and said: “It did just work.

“I remember in terms of the tone of it – my character always loved getting cups of tea – there’s this bit where he skips off work and goes to this nice restaurant right on the beachfront and he asks for a cup of tea and it arrives, we were filming that bit and everything on Death in Paradise, there are no effects, everything is done for real. 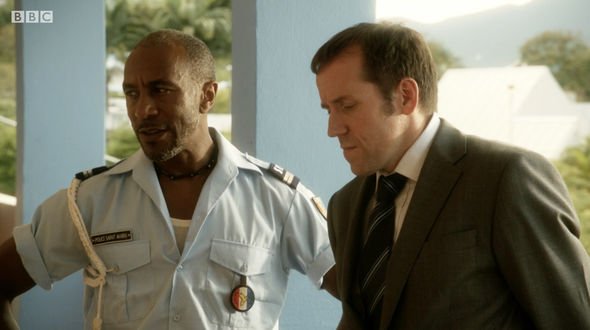 “I’m sitting there, at this point, we’ve only been there a couple of weeks, and I’m trying to figure out what’s the tone of this.

“I look over and there’s no rehearsal for this, I’m drinking my cup of tea, someone shouts ‘throw her off’ and I expect a body to come off the top of a building, and it’s this dummy, dressing in all white, so obvious,” he laughed.

“It’s almost like a blow-up doll dressed in a wedding dress, thrown off the top, it didn’t bend in any way that looks natural, it just falls like a plank to the ground.

“I turned around and said to the producer ‘that doesn’t look very natural. I don’t think anyone’s going to think that’s a body.’

“And he said ‘no, that’s deliberate. We don’t want it to look like a body’.

“And then I thought ‘I don’t understand what show I’m in,’” Ben revealed.

Death in Paradise airs tonight at 9pm on BBC One.