Home » TV & Movies » Darren dies in devastating scenes as The Loft sign kills him in Hollyoaks? 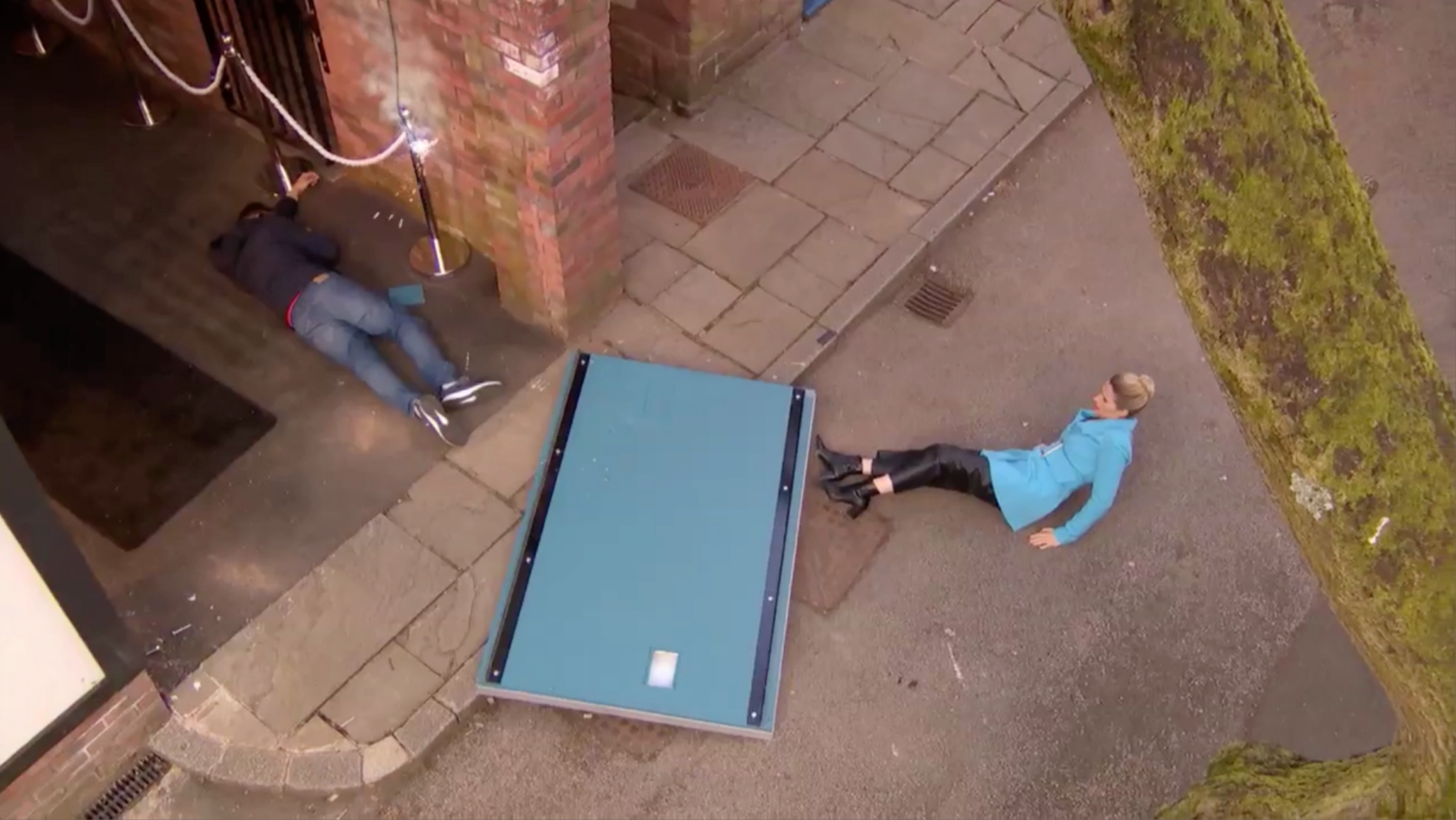 Big Bad Fergus, desperate to get his hands on The Loft in order to accumulate more subscribers for his sick bluebird project, sabotaged Grace’s snazzy new nightclub sign.

Might as well insert an evil villainous laugh here, eh!

Darren, meanwhile, was forced to explain himself to Luke Morgan (Gary Lucy), after he discovered he’s slept with Mandy Richardson (Sarah Jayne Dunn).

Confessing that his feelings for Nancy (Jessica Fox) had resurfaced, Darren told his best mate that he’s conflicted over which of his exes he wants to spend the rest of his life with.

Does this song sound familiar? Yes. Yes it does. This time, however, one might be more inclined to think that Nancy – aka his soulmate – will be his choice.

Or will he choose to give things another go with Mandy? Well, that is the million dollar question, and while Darren knows the answer, viewers may never find out who he’d chosen!

The mainstay of the Channel 4 soap found himself in deadly danger when – after arranging to meet Mandy at The Loft in order to inform her of his decision – the nightclub’s sign came crashing down.

He pushed Mandy out of the way, resulting in the heavy metallic logo pretty much landing on him.

Is this the end of the soap favourite? Has death claimed another of Hollyoaks’ finest?

We certainly hope not! The village just wouldn’t be the same without him! Oh, and we’d kind of like to know just who it is that he’s chosen to be with, and why it absolutely should be Nancy.

Will Darren live to tell the tale?

Will we ever know?!