DANCING On Ice's Becky Vardy led celebrities to rehearsals after three stars dropped out of the show.

The model, 38, seemed busy on the phone as she made her way to rehearsals for Musical Week with professional Andy Buchanan. 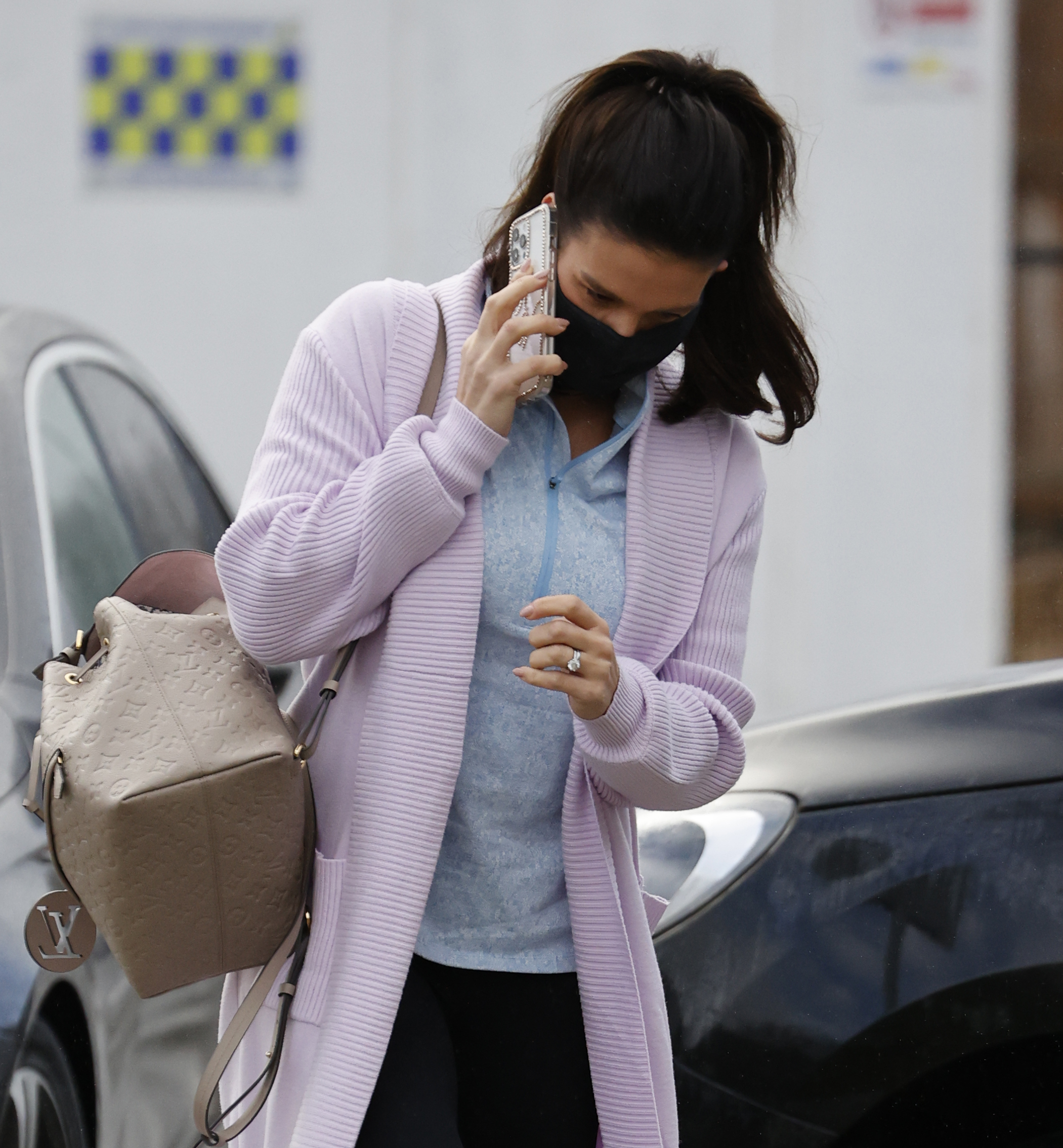 She carried her suitcase while Andy, wearing black trousers and a black coat, brought her a coffee.

Emmerdale's Joe Warren-Plant, 18, made an appearance alongside his professional Vanessa Bauer, 24.

Joe wore black joggers with red trainers and a black jumper, carrying his equipment in an over-shoulder bag. 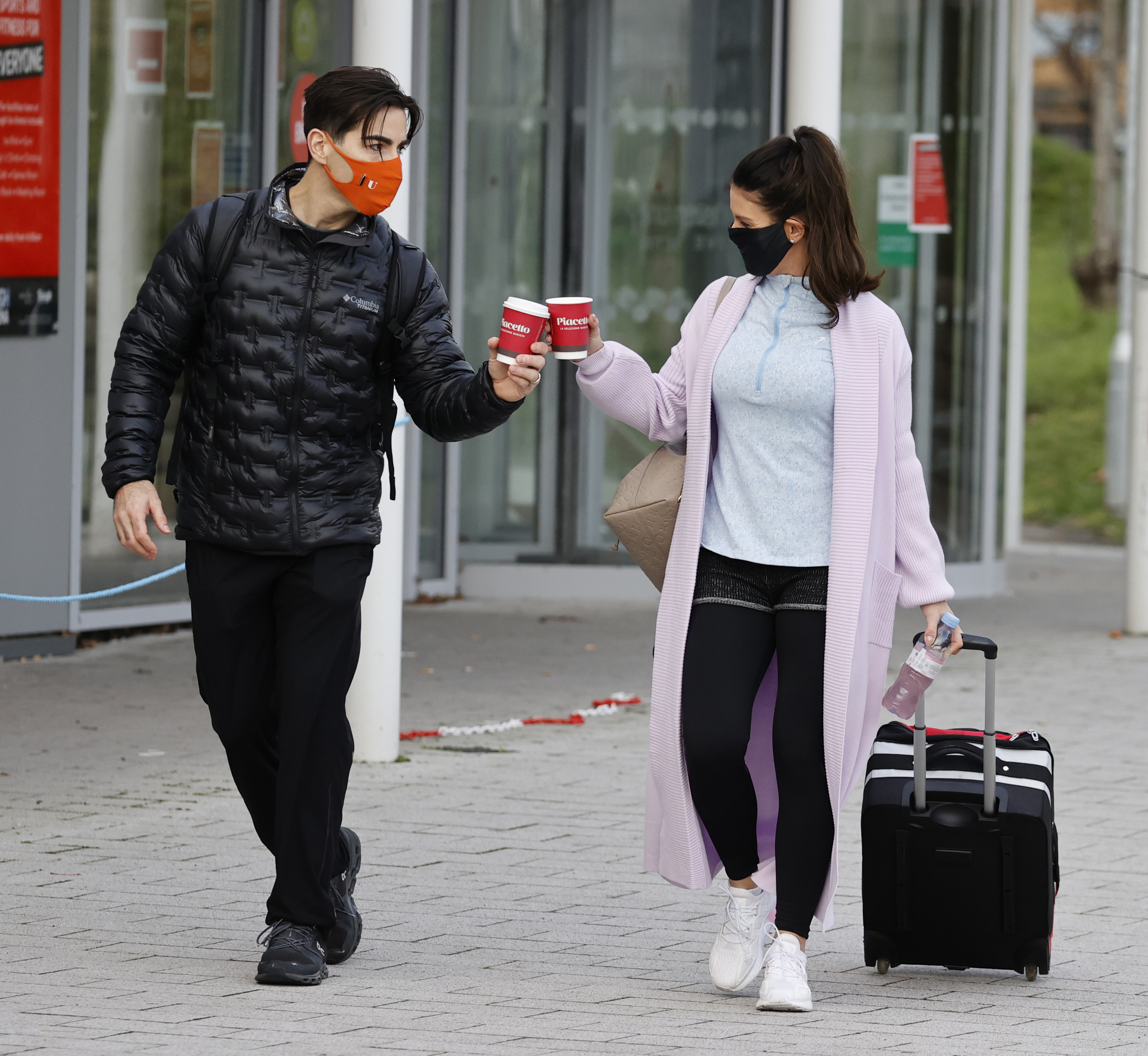 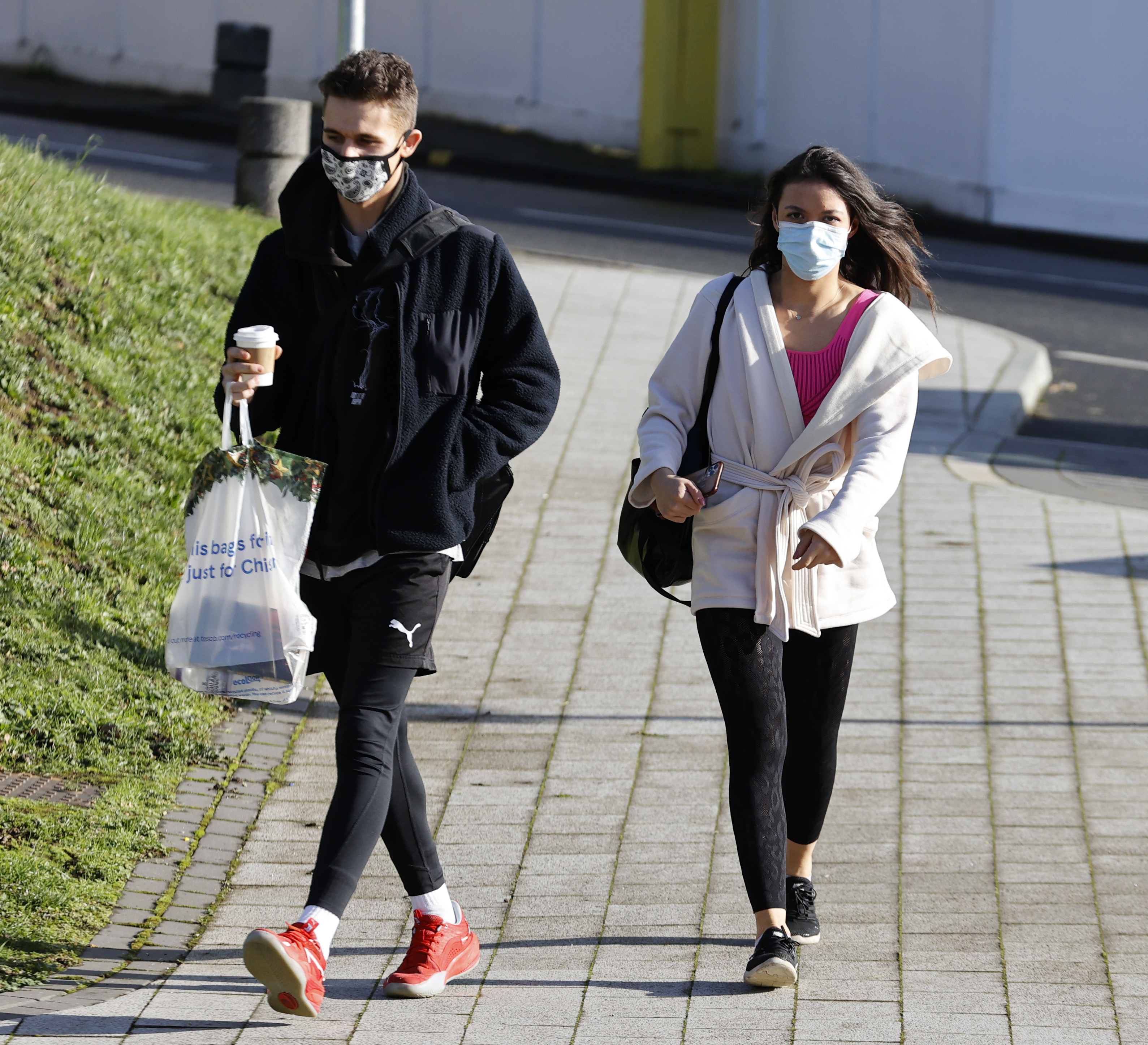 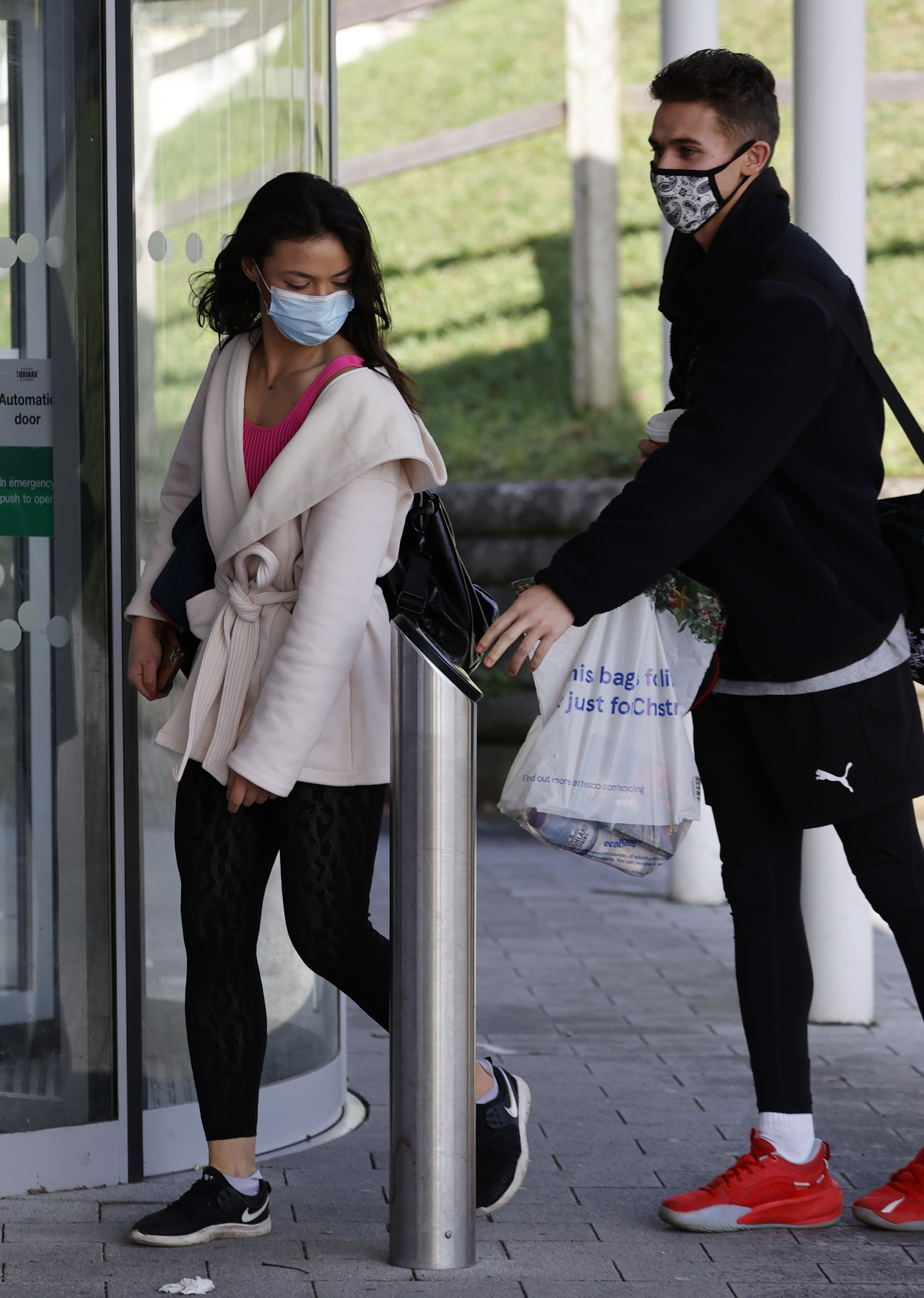 Vanessa donned black leggings, with a pink coat and pink vest underneath.

Olympian Colin Jackson was also wrapped up warm, wearing a black coat, jumper and trousers, while carrying a suitbag in one hand.

The stars seemed in high spirits after three celebs dropped out of this week's show. 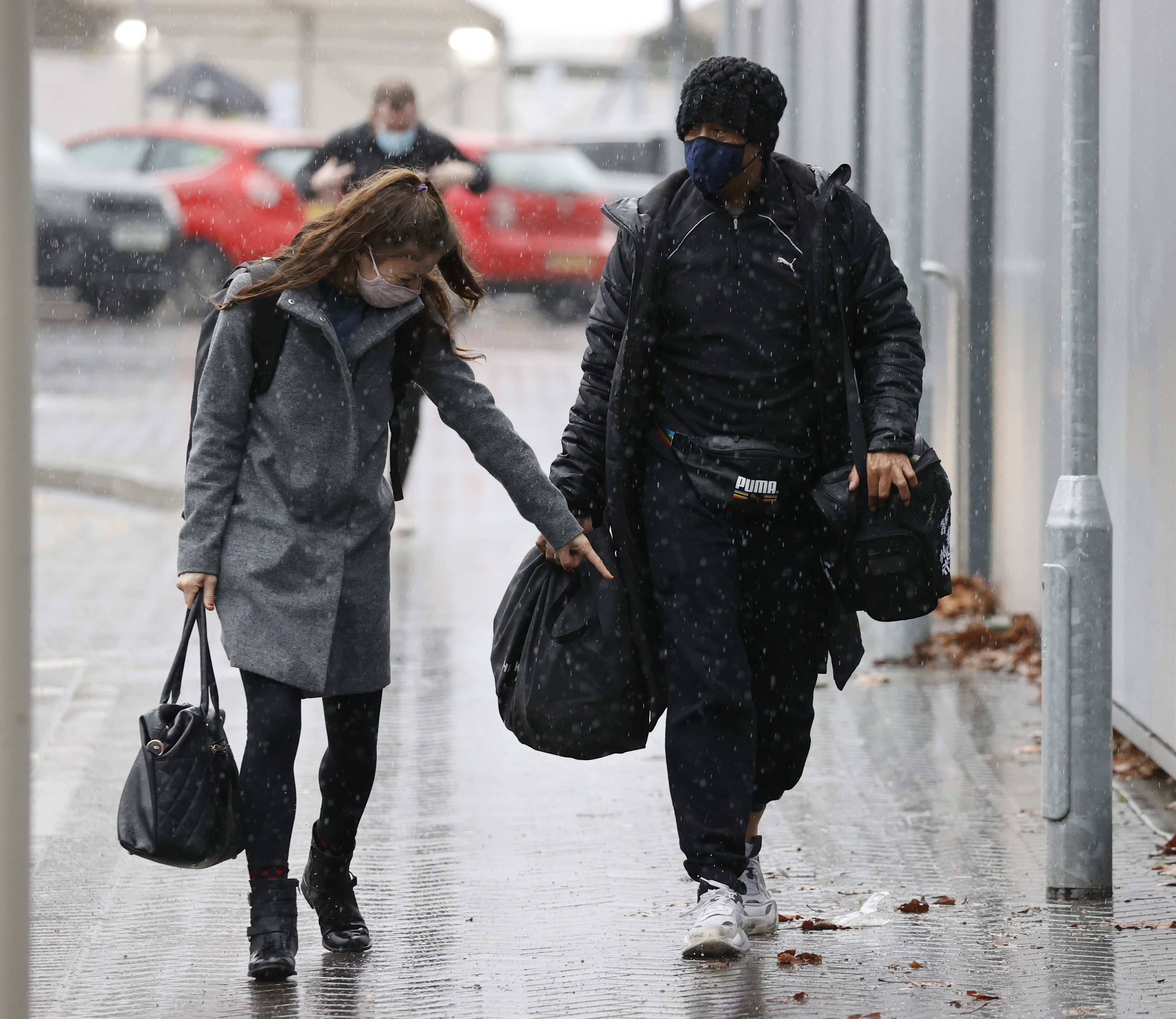 Rufus Hound, 41, is self-isolating and Billie Faiers, 31, will miss the show due to her gran’s death. Both will be back.

Denise, who was skating with pro Matt Evers, 44, had to throw in the towel on Tuesday due to the unbearable pain of an injury.

The TV host and West End performer tried to battle on with a dislocated shoulder that was fractured in three places following a fall on the ice. 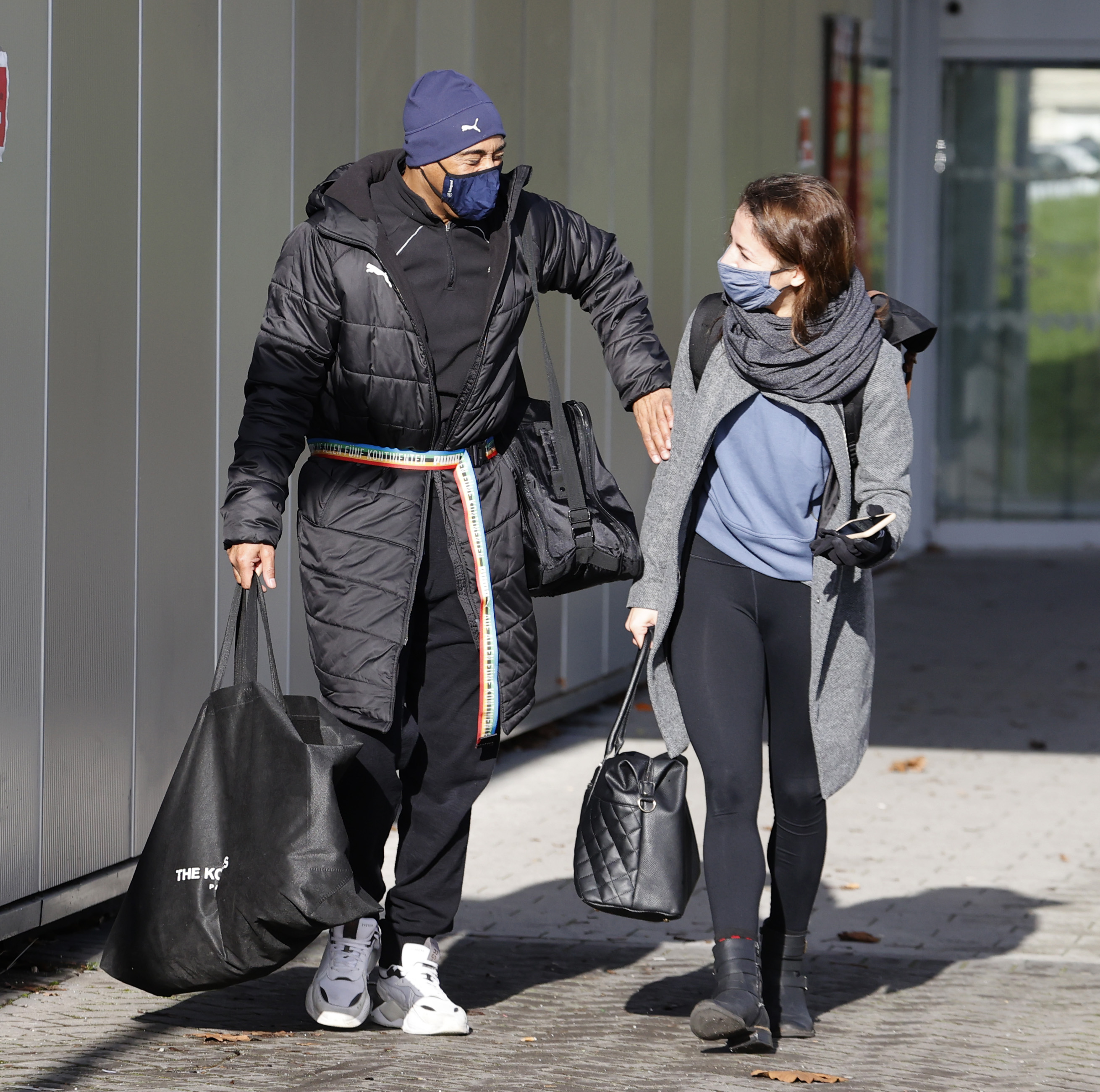 Producers are poised to turn to TV host Matt Richardson, 29, as a stand-in if anyone else leaves permanently.

An ITV insider said: “The trio of absences have caused major headaches. Bosses have to fill two hours in prime-time.

“They thought the biggest hurdle would be getting the programme on air, but they couldn’t have foreseen coronavirus causing a contestant to drop out at the same time that two other stars left due to an injury and a bereavement.

“With such a run of bad luck, they’re preparing for every possible outcome. They’re taking nothing for granted.”