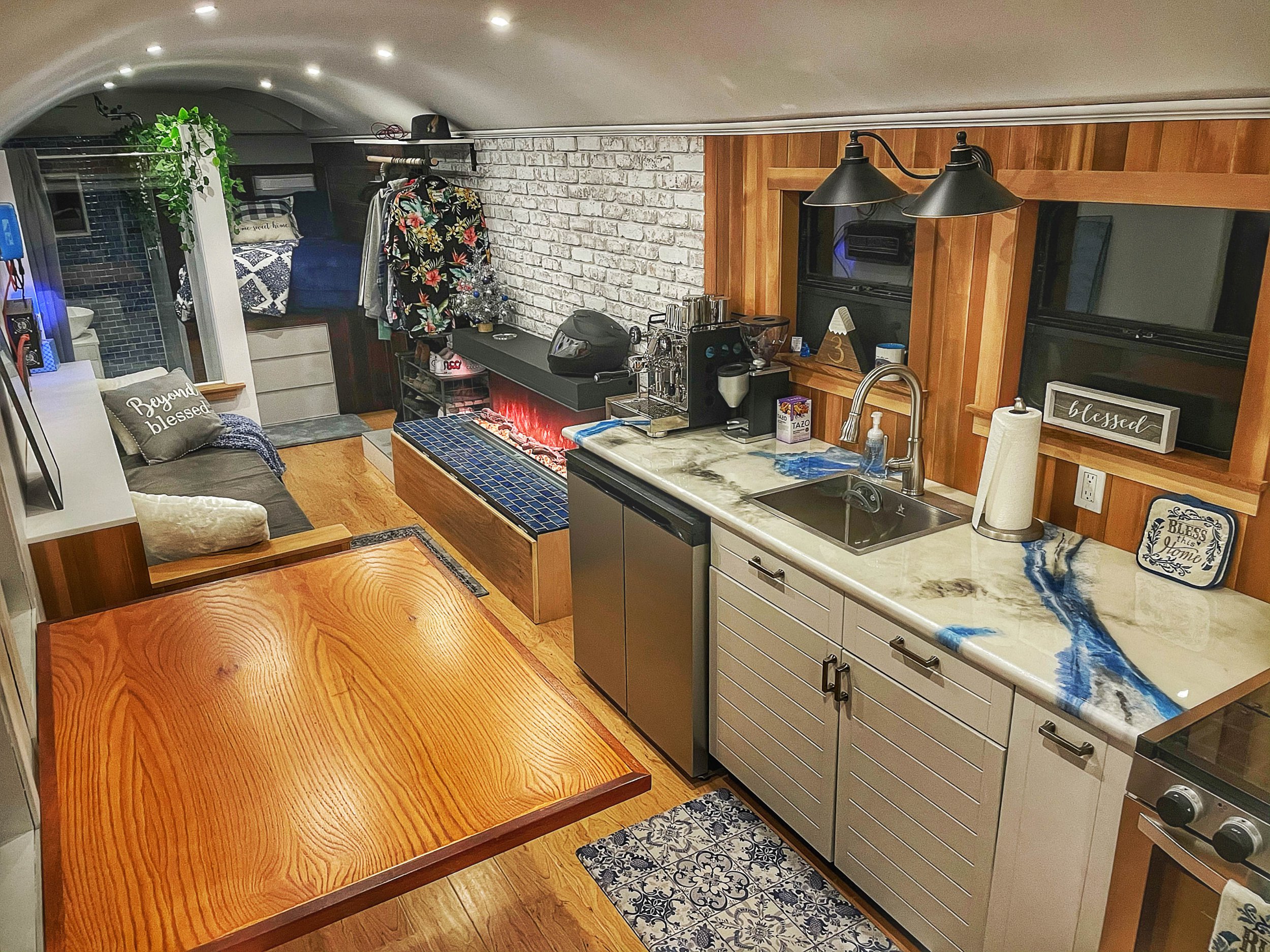 A couple has spent £30k converting an old school bus into a permanent home, reducing their monthly spend by two thirds in the process.

The pair describe themselves as professional adventurers, but are still both able to work remotely from the bus, with Kate in real estate and Craig as an investor.

‘The inspiration to do it came with the pandemic, where I kind of asked myself, “What would I do if I could do anything?”.

‘I’ve always had a dream of living on the road.’

They’ve been living in the bus full time for just under a year, which they say has been particularly nostalgic.

‘As a kid, a lot of the growing up you do is on a school bus,’ said Craig.

‘It’s a place you and your friends can talk without any parental supervision, so to me it’s a really special place from my childhood.

‘I’d already seen it was possible to live in a school bus so I thought why not do it?’

Craig spent 200 days converting the school bus, which already had the seats removed and the roof raised when he purchased it, into a home.

The couple started with the skylights at the back of the van over the bed, and worked forward to the kitchen and living area.

He said: ‘I’m just like a kid with a giant set of lego, so when we were converting it we were just taking it as it comes.

‘We were just putting stuff where it fit based on mocking it up with tape on the floor.’

Their advice to others planning on changing their life and living on the road is to simply dive right into it.

‘I’d say anyone who gets excited at the thought of this lifestyle should go for it. If we can do it, so can you.

‘You’ve got to chase your heart and your dreams at all costs.’