CORONATION Street legend Gail is "alive and here" after she did a disappearing act on the ITV soap.

Actress Helen Worth, 68, chatted to ITV's Good Morning Britain today from the cobbles after fans had wondered what had become of the feisty mum in the soap. 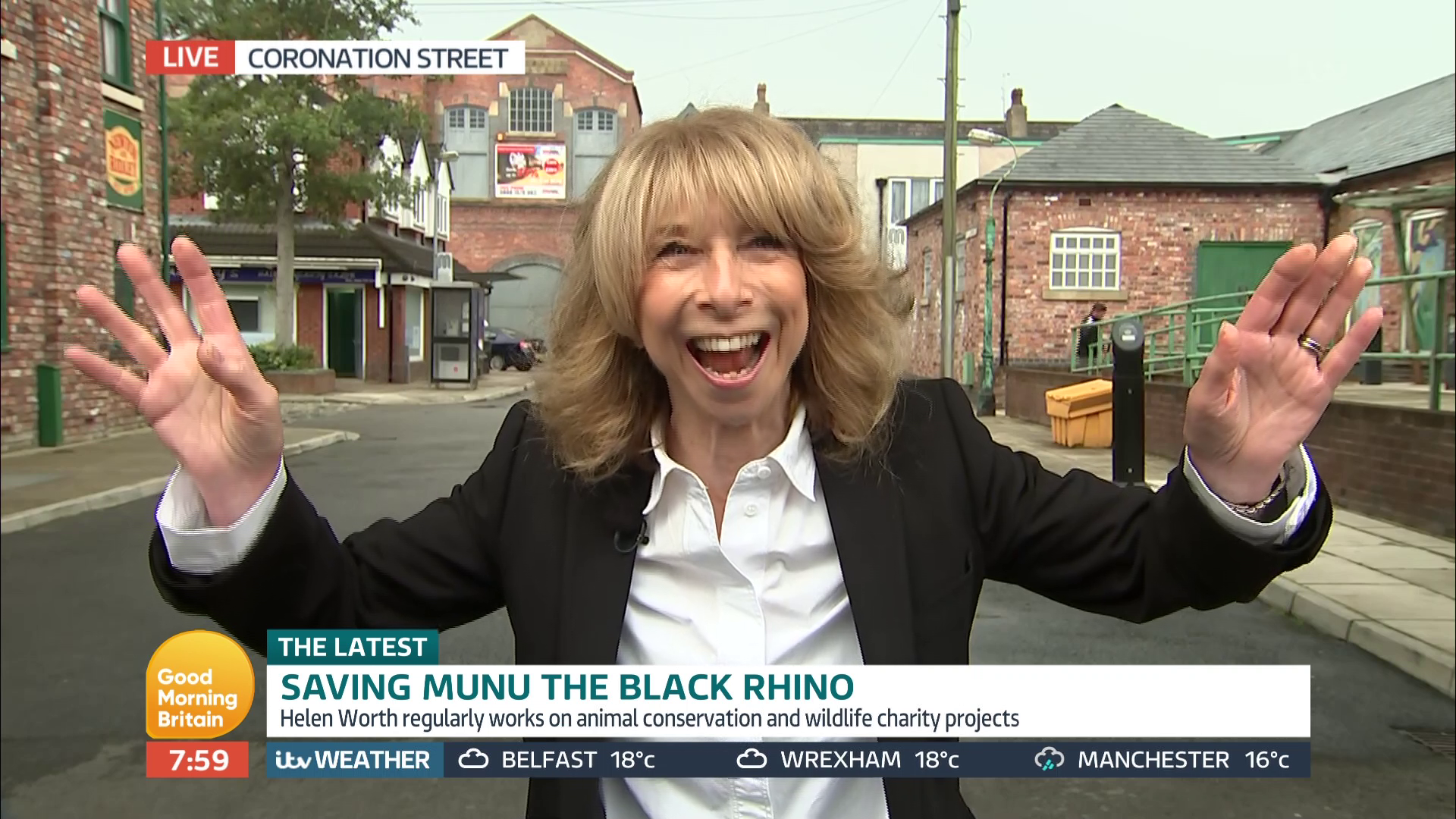 Gail disappeared and failed to come home four weeks ago following a frosty exchange with her mother Audrey Roberts.

Then just when Gail thought things couldn't get any worse, her son Nick Tilsley told her to stay away from him after his brother David Platt did nothing to help him following an incident in prison.

When upset Gail disappeared, Sarah was forced to call the police and report her mum as missing, while a furious Audrey blamed Nick and David’s feud for driving Gail away.

Speaking on Good Morning Britain today, actress Helen Worth tried but failed to avoid the question as Kate Garraway said to her: "Currently Gail on Corrie is missing, could this be the end, what's going on?" 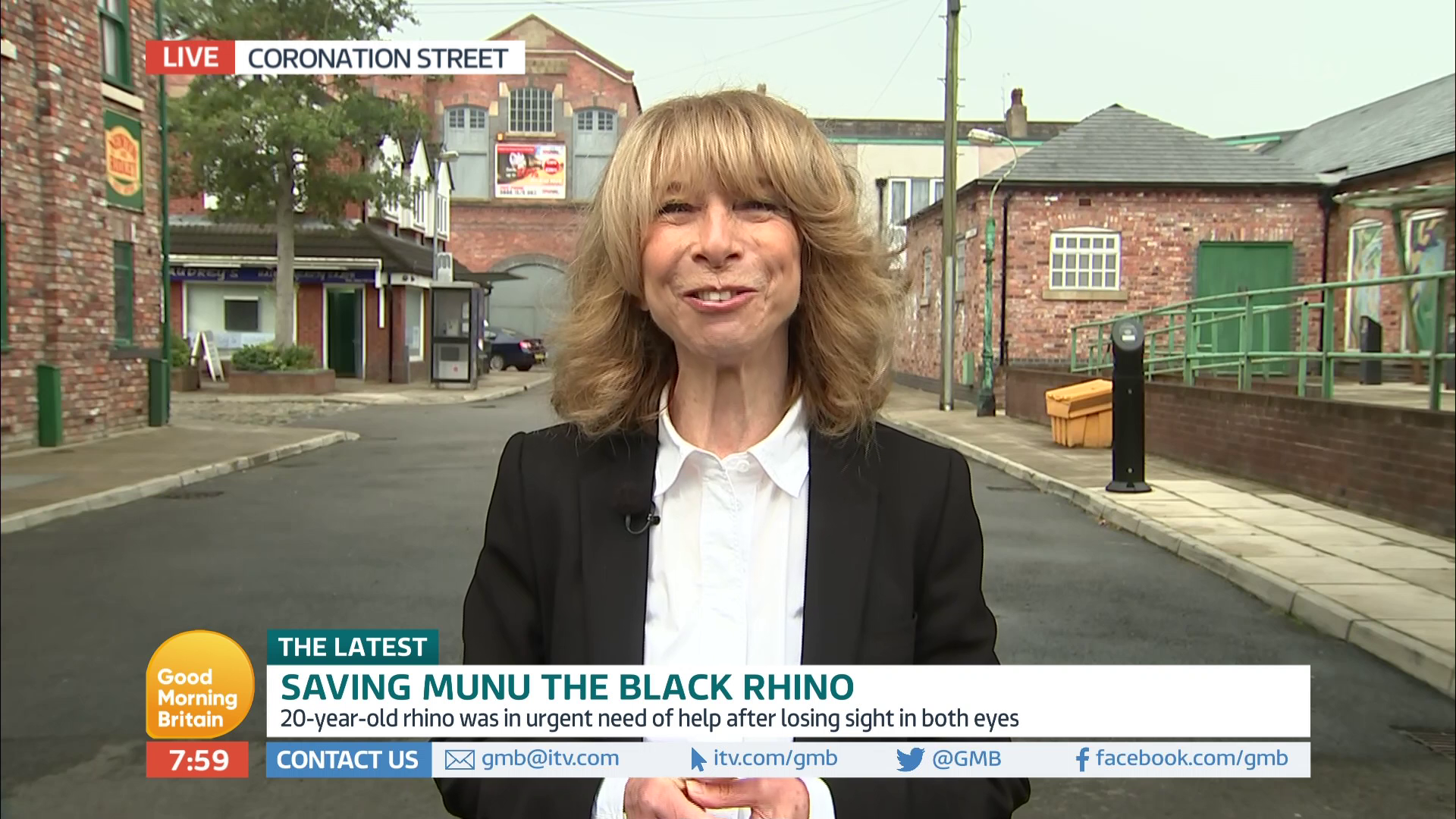 And Helen replied: "Well, err, uhmm. I am still here and I am alive and well!"

Helen is the third longest serving actor ever to be on the Street.

And Helen commented: "I have been fortunate to hang on this long. I am limping third behind. Happily." 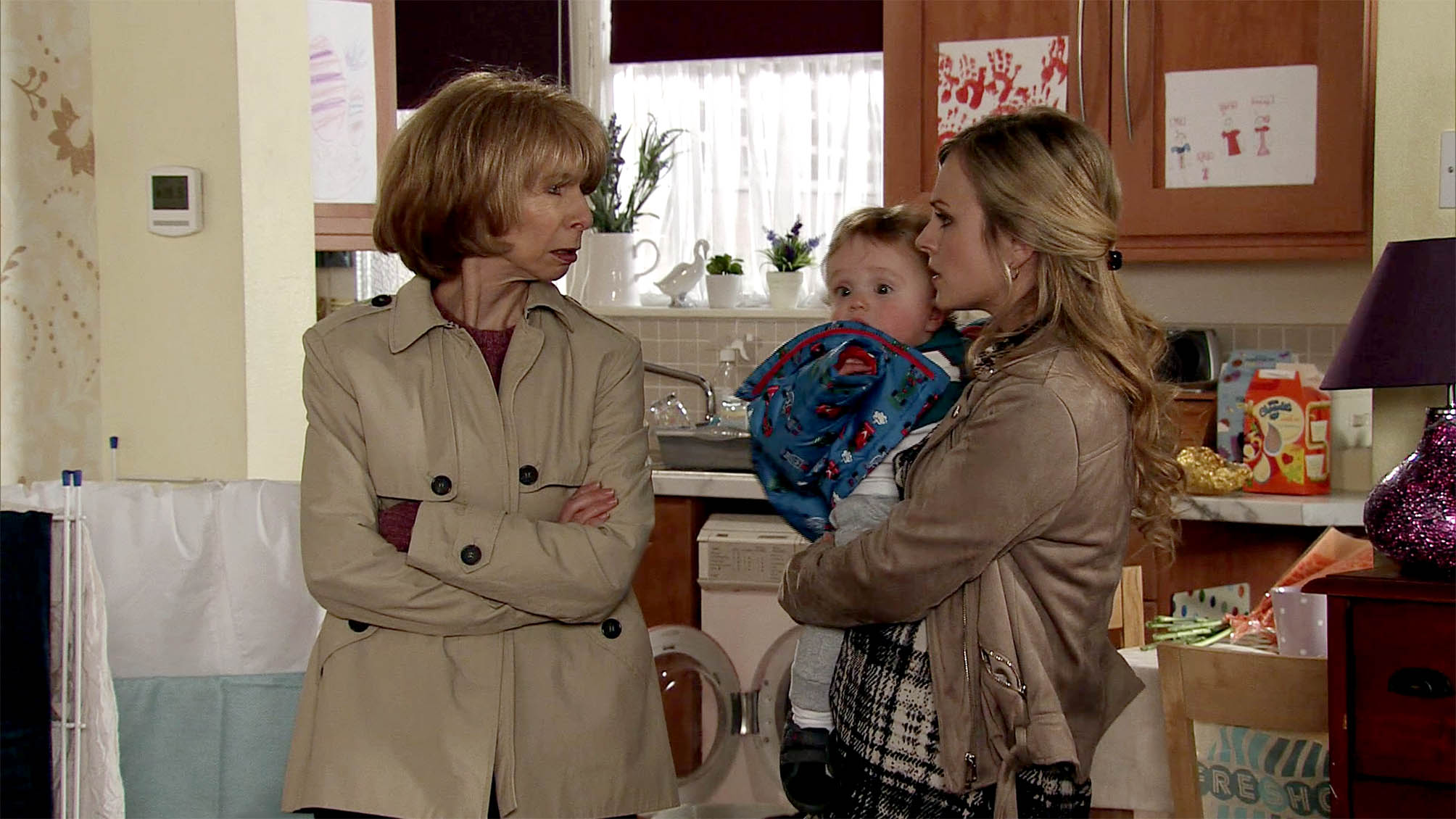 Audrey lashed out at Gail as she was angry that her daughter abandoned her at the hospital to sort out her warring sons Nick Tilsley and David Platt.

But the furious hairdresser soon blamed her grandkids Nick and David’s feud for driving Gail away.

But while Audrey is blaming both the brothers, David pointed the finger very firmly at Nick.

Tensions in the Platt household had come to a boiling point when a desperate Gail called a family meeting to try and sort things out between David, Nick and Audrey – who was fleeced of her £80k inheritance by her two grandsons.

But Gail’s peacemaking plans only made things worse as Nick and David were both arrested for breaking their bail conditions.