Shona (played by Julia Goulding) has been taking a backseat on Coronation Street of late, ever since she married her husband David Platt (Jack P Shepherd) at Christmas. The nuptials followed months of turmoil for the couple after the mother-of-one suffered a case of retrograde amnesia after being shot in 2019. This means she could have possibly forgotten who Sharon (Tracie Bennett) is, despite never having met her on-screen, as the character who recently returned to the ITV soap could be someone from Shona’s troubled past.

Little did she know the pair had gone into hiding with Simon Barlow (Alex Bain) after getting involved with a notorious drug gang.

It emerged the returning character was linked to drug lord Harvey (Will Mellor) as she paid her nephew a visit in prison.

The criminal made it clear in no uncertain terms he wanted to get his hands on Leanne and his auntie was going to do the groundwork as she would be nothing without his father.

As a result, Sharon turned up at the Platt residence to see if she could find any contact details for either Nick or Leanne, but she was caught in the act by Shona. 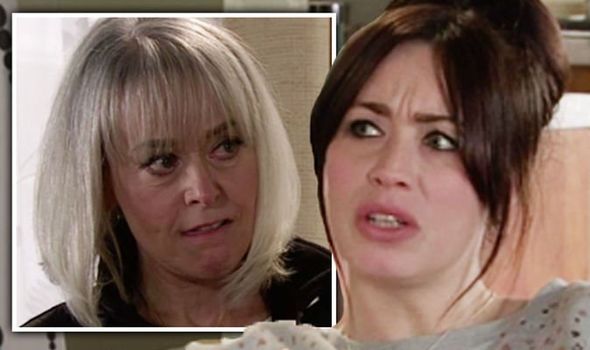 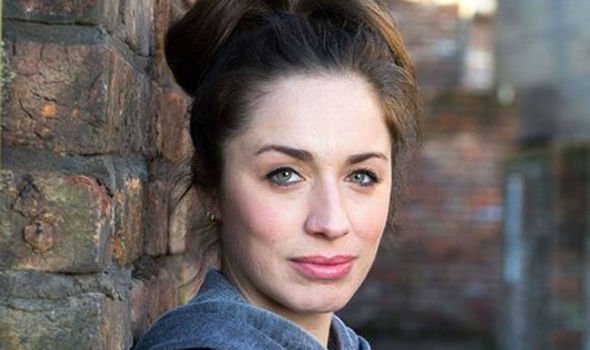 “I just popped round to see Gail. Me and her used to be right good pals back in the day. We were thick and thieves.”

“Well, I’m her daughter-in-law,” Shona replied, to which the returnee said: “Shona. Oh, Gail told me about your accident.

“What a terrible thing,” she added as she nervously pulled her hair back behind her ear as if she was happy to know the mother-of-one had lost her memory. 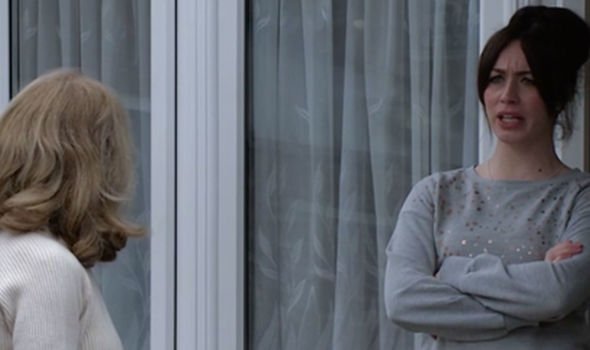 Gail told me about your accident

Noticing the troublemaker was being shifty but not quite sure why, Shona asked: “Sorry, are you looking for something?”

“Oh, no. I was just admiring Gail’s taste in soft furnishings,” Sharon replied, before adding: “Gail warned me you sometimes misread situations.”

“And sometimes, I’m right on,” David’s wife hit back, not fully convinced the woman she was speaking with was a friend.

“So, is Gail not around?” the troublemaker went on to ask and Shona told her the grandmother was out with her grandchildren. 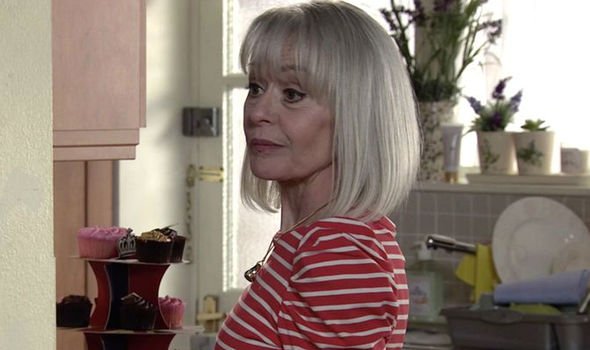 “Mind if I hang on for her, then?” Sharon asked and Shona was more than willing for her to stay and wait for Gail, telling her she could get a “better look at the cushions”.

The two women continued to speak, with the returning character keen to know how she could access Gail’s address book.

Shona inadvertently told her guest where she could get her hands on the information, explaining her mother-in-law kept it all on her tablet.

This might have seemed like an innocent conversation between the pair but it could be they know each other from years before.

With Shona’s memory wiped last year to when she was a child, she might not realise she has already met Sharon as a grown woman.

The pair could be connected as the returning character is actually Shona’s auntie, possibly making her Harvey’s half-sister.

When she was growing up, David’s wife might not have known who her father was until she met Sharon just before she moved to the cobbles.

However, living rough and needing to focus her attention on son Clayton Hibbs (Callum Harrison), the mother-of-one could have sent her auntie packing.

Not wanting the same reaction again, Sharon could be using the fact Shona has had memory loss to weave herself back into her life.

It could be harder than she thinks as, by the end of the double-bill, Shona was sceptical of the troublemaker’s intentions with her mother-in-law.

For now, Sharon could put making a connection with her niece to the back of her mind as she tries to track down Leanne and Nick.

Though, if she does tell Shona how they are connected, will the latter be able to accept her blood relatives are criminals?