ITV soap Coronation Street has been heating up this week as handyman Gary Windass (played by Mikey North) remains a prisoner of evil loan shark Rick Neelan (Greg Wood), who has been growing increasingly violent. Gary was seen covered in injuries as Rick continued to beat him as the builder was tied to a chair. His absence from Weatherfield appears to have gone unnoticed as the Platts are off on holiday and away from Cobbles.

The short answer is that we just don’t know and with a number of Coronation Street stars reportedly departing the Cobbles, it’s not looking good for Gary.

Gary looks close to death in Coronation Street this week with Rick getting ready to kill him over owed money and stolen passports.

Actor North even teased fans earlier this week, asking them to tune in to find out Gary’s fate.

“Gary’s got himself in a bit of a mess this time, so see how he’s going to get out of this one,” the soap star said in a video posted to the official Coronation Street Twitter account yesterday (Tuesday, May 29).

WHERE WAS THE CORONATION STREET HOLIDAY PARK FILMED? 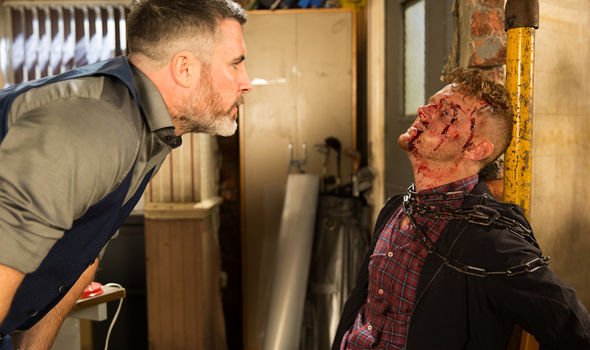 Meanwhile, star Wood also promised there would be some explosive drama on the soap this week.

Taking to his Twitter account, the actor told his 104,000 followers: “Hello good people, if you can try and catch @itvcorrie next week at the later time of 9pm. When the ‘ship’ goes down… you better be ready!” He then quipped: “Obvs the non radio edit is better [sic].”

However, photos of have emerged from the set of the ITV soap suggesting that Gary will survive another day.

In the images, Gary is seen working with Sharon (Naomi Cooper-Davis) as they appear to be walking around some luxury properties. 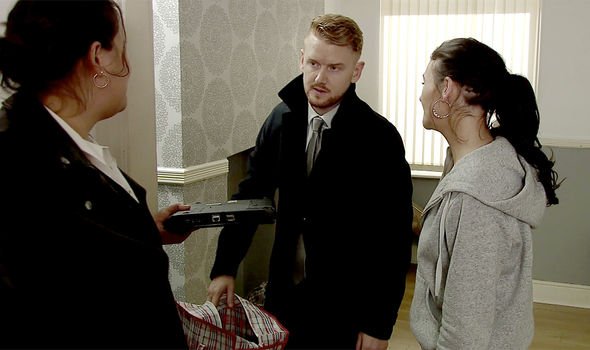 The suggestion is that he will be fine and somehow escape Rick’s clutches.

Alternatively, Gary could have struck a new deal with Rick which could see him still doing his dirty work.

But the fate of the loan shark is unknown after he was not seen in the photos.

WHO IS NATALIE IN CORONATION STREET?

The troubling storyline has been playing out for some time now with Gary becoming increasingly at the mercy of Rick as he struggles to square off his debts.

Along with the harrowing scenes featuring Gary, there’s been plenty of drama with the Platts during their summer holiday.

Not only has Gail Platt (Helen Worth) chased after ITV host Lorraine Kelly on a pedalo across a lake at a holiday park. 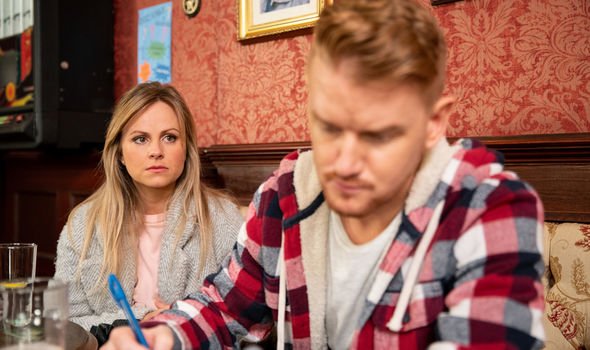 But the meaty stuff will be coming as the week goes on with David Platt (Jack P. Shepherd) and Nick Tilsey (Ben Price) revealing the truth about their grandmother Audrey Roberts’ (Sue Nicholls) missing money.

The end of the week will see Coronation Street getting ready dark as Carla Connor (Alison King) suffers a psychosis episode that could put her in danger.

Carla has been really suffering since the Underworld Factory roof collapse and the fallout from that has really led her mental health to suffer.