Home » TV & Movies » Coronation Street spoilers: Carla Connor convinced her flat is filled with cameras as terrifying meltdown pushes her even closer to the edge

CORONATION Street's Carla Connor is convinced her flat is filled with cameras tonight as a terrifying meltdown pushes her even closer to the edge.

In her saddest scenes yet, Carla – played by Alison King – grows increasingly frantic in Roy's flat as she sees a camera on the table. 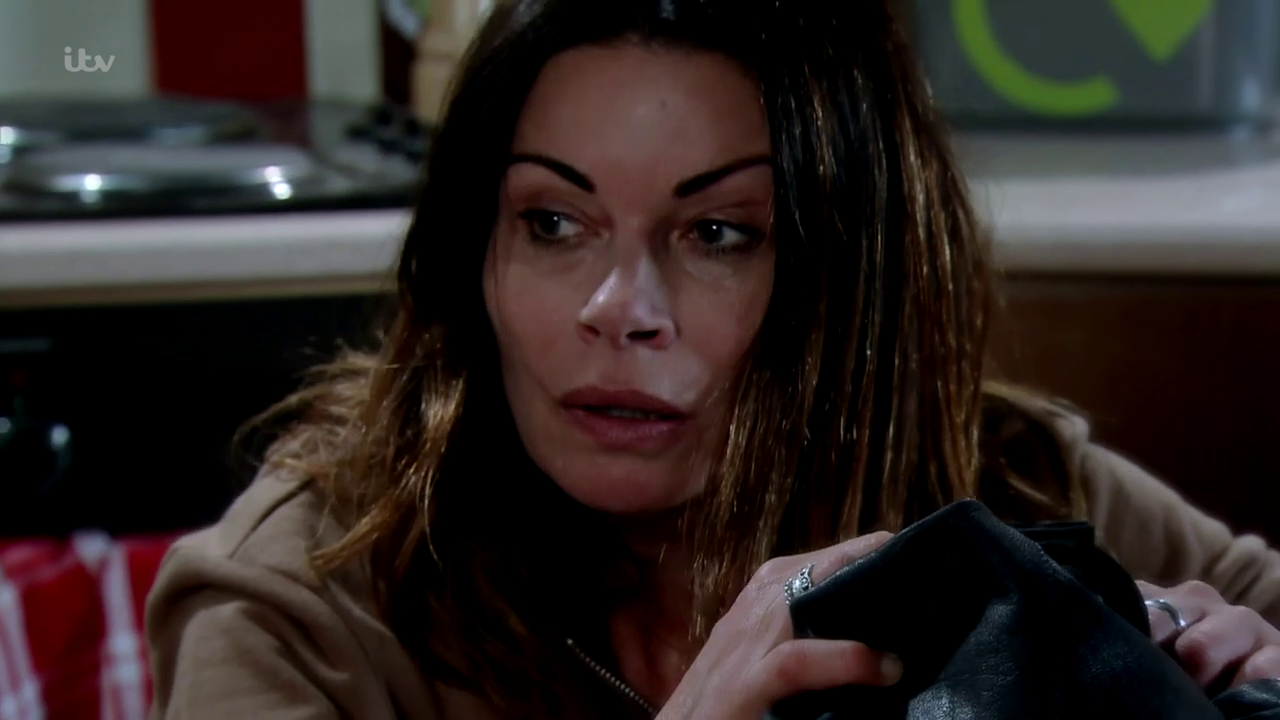 The former Underworld boss has been flushing away her anti-psychotic medication and as a result she is consumed with paranoia and thoughts that everyone is out to get her.

In heartbreaking scenes tonight, Carla will desperately cover the camera, the bread bin and other items around the flat with tea towels in a bid to stop people 'watching her'.

As she moves around the room, camera clicking sounds can be heard before it switches to a kettle boiling – highlighting what is going on in Carla's mind.

She then grabs a photograph of her dead friend Hayley Cropper – who she believes she has seen and has been talking to – before counting out multiple mobile phones which she had hidden in her handbag. 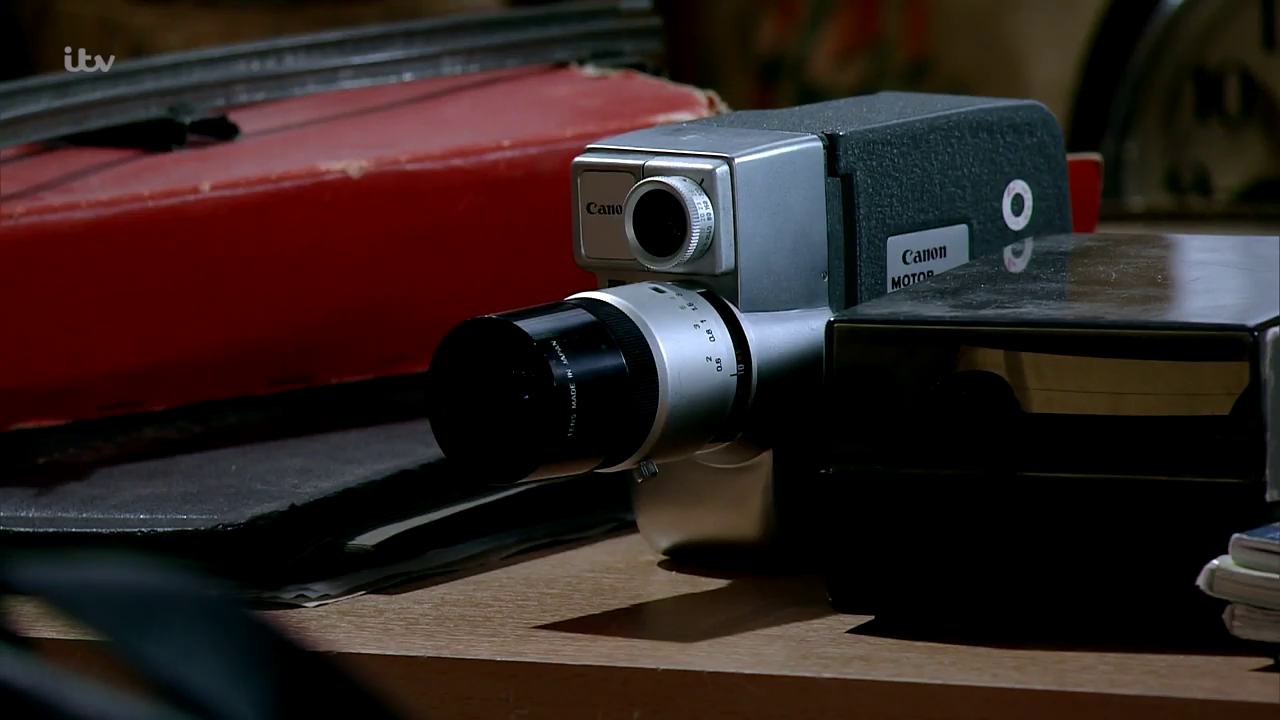 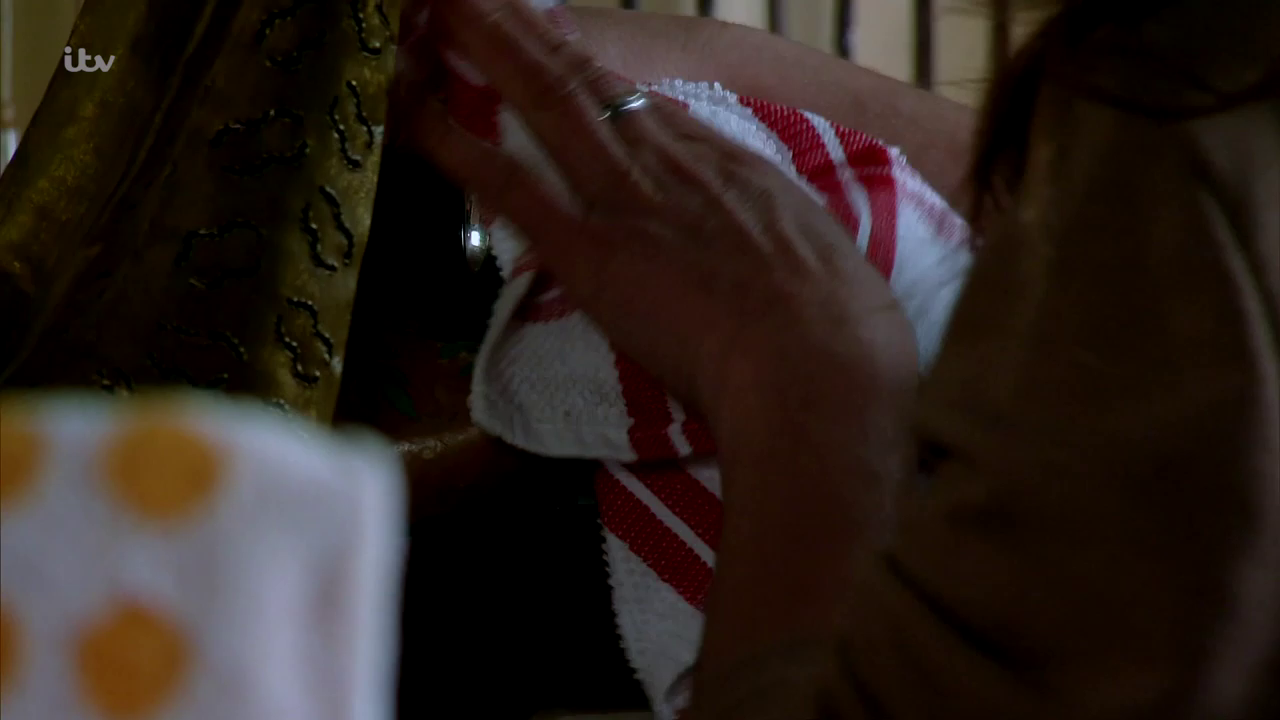 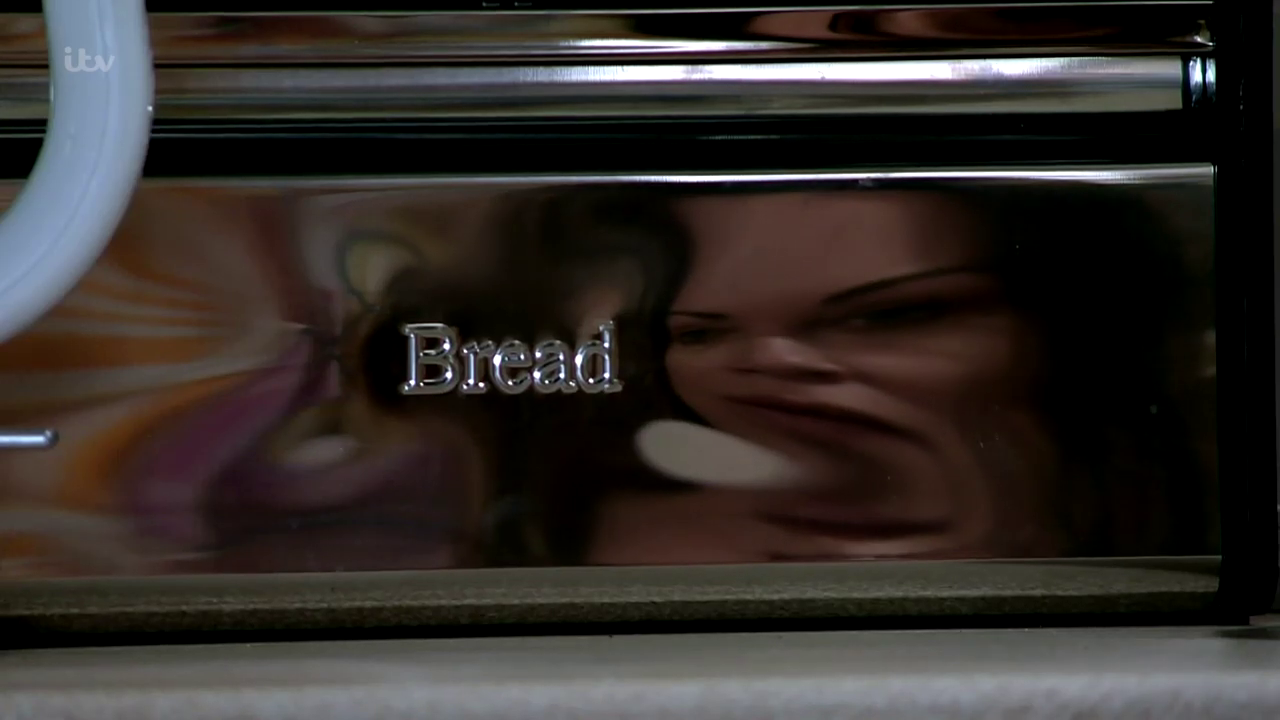 The special episode follows Carla – with some parts shown from her point of view – as she retreats further into paranoia and delusion.

Carla – who started to unravel after believing she is to blame for the factory roof collapse which killed Rana Habib earlier this year – will also be seen talking to her dead brother Aidan Connor, believing him to be alive.

Throughout the week, Corrie fans have seen Carla become so paranoid she believes she has a microchip planted in her and has even become wary of partner Peter Barlow, who is struggling to cope with the pressure of taking care of her.

She then sees a woman in a red coat in the park and believes it is her dead friend Hayley Cropper. 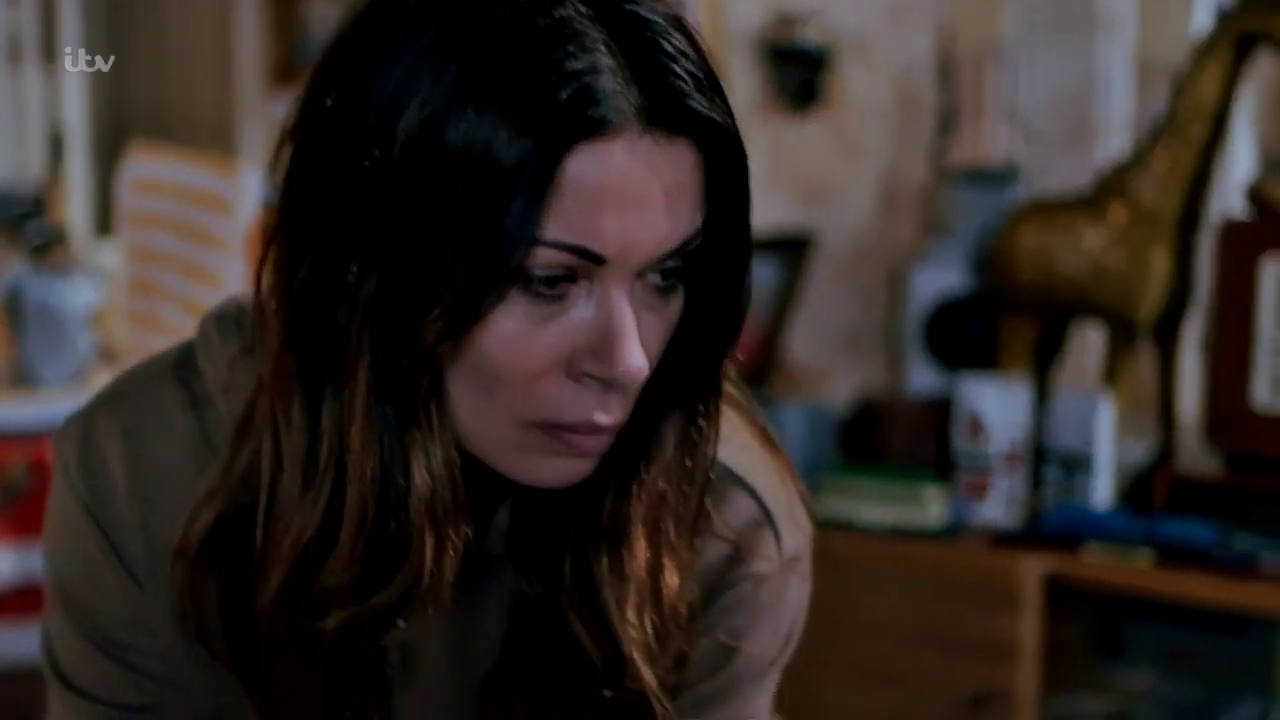 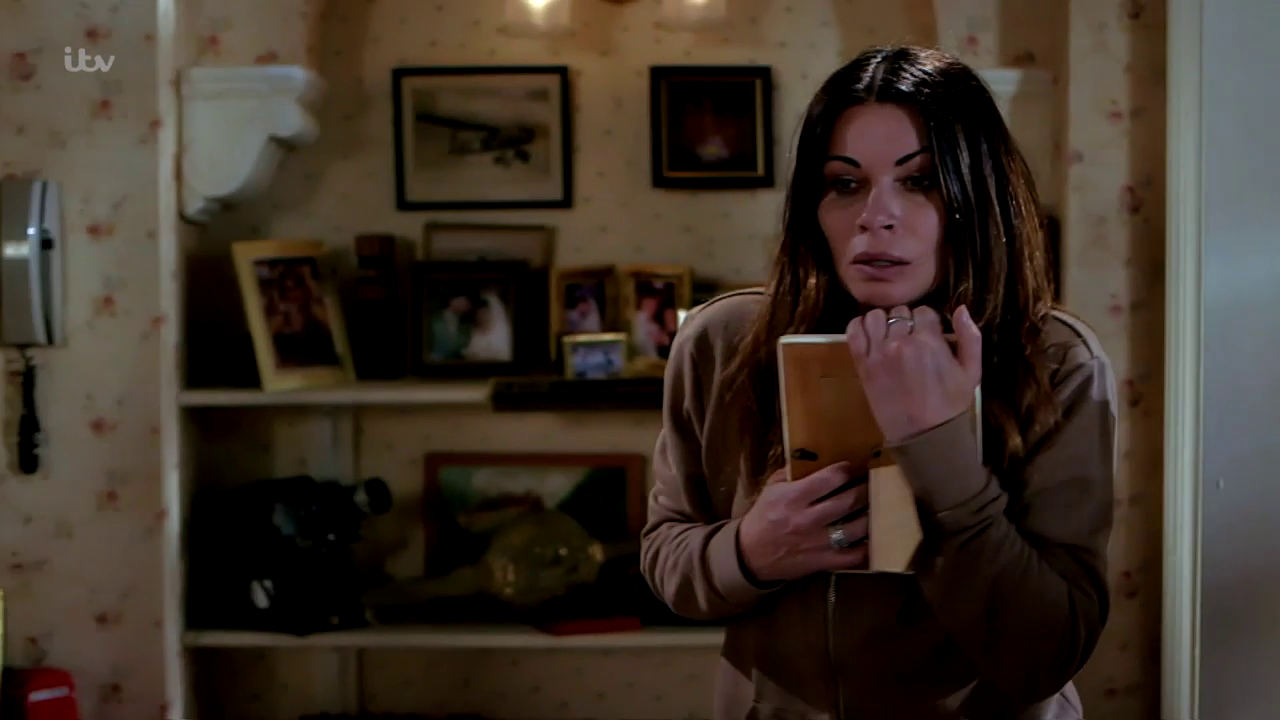 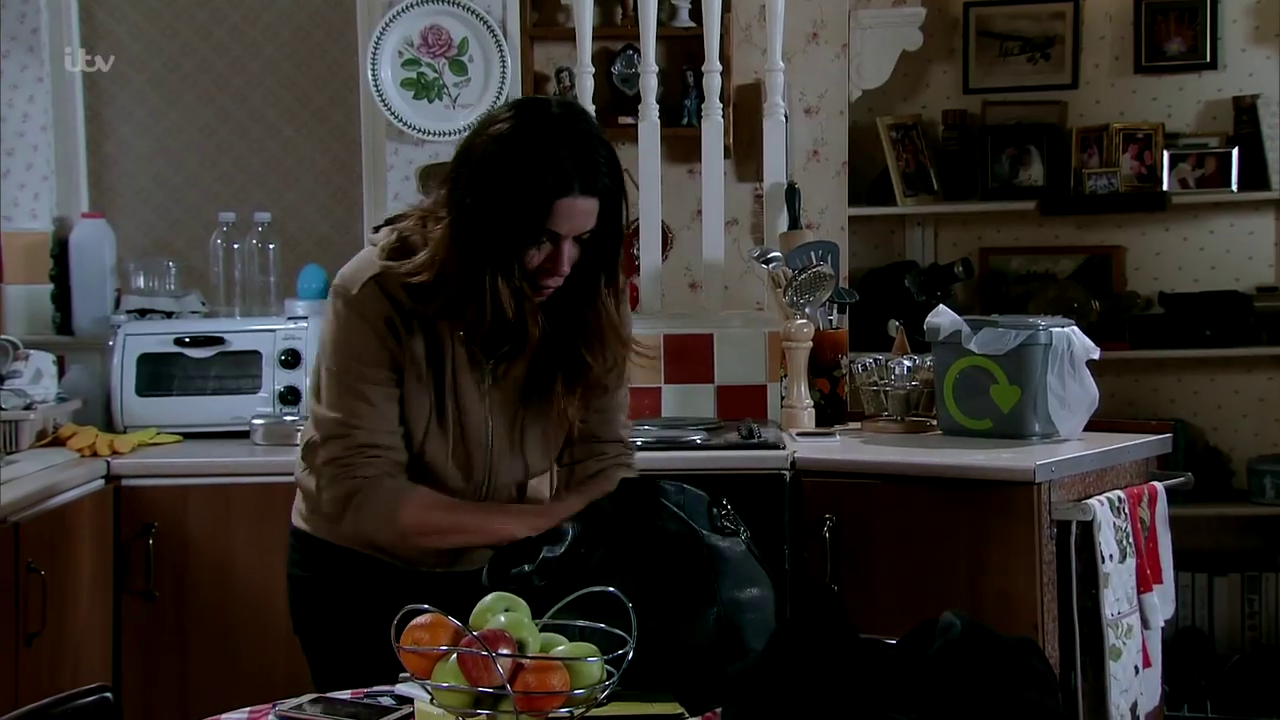 Alison has spoken out about the episode and what it was like to film feisty Carla falling apart.

Alison explains: “She believes she is being watched and followed so in her head she needs to keep on the run, she ends up in the park asking a stranger for help.

"When she won’t help her she then sees the most beautiful thing that will always help her and that is Hayley in her red coat so she follows her eventually back to Victoria Street and when she can’t see her she is absolutely mortified.

“The thing that means the most to her and always helped her get back on the straight and narrow is Hayley and she has gone.

“Then she sees her walking up the fire escape and she follows here – she has a hallucination.”

Vulnerable and delusional, Carla finds herself on the fire escape of the Victoria Court flats, where Peter eventually finds her.

Alison said of the heart-breaking scenes: “The scenes on the fire escape when Peter is there are so emotional, it was hard to play as it was so terrifying for her at that stage, inside her head everything is terrifying. 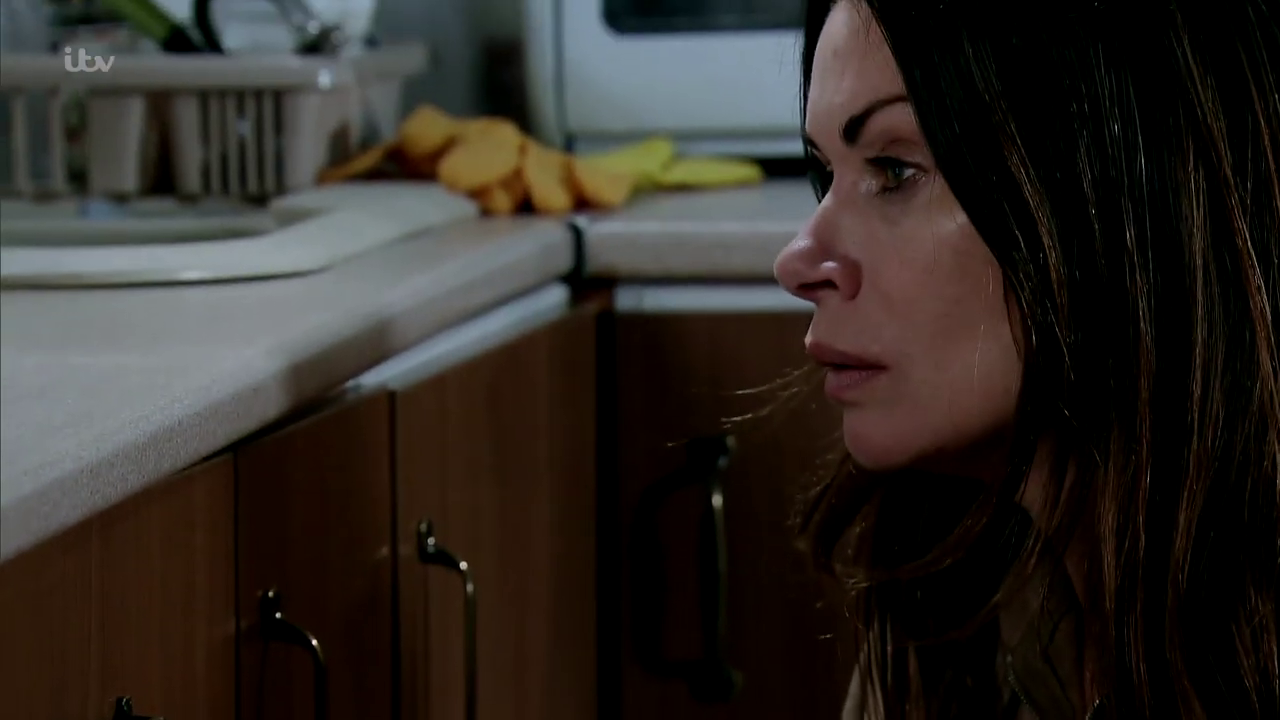 “Then she thinks she sees Aidan, to her it is real, she is in a very dangerous predicament and unrecognisable to Peter who is desperate to rescue her.”