Coronation Street: Kelly says she’d ‘do anything’ to see her dad

In tonight’s Coronation Street, Fiz Stape (played by Jennie McAlpine) tried to put Tyrone Dobbs’ (Alan Halsall) recent indiscretion with Alina Pop (Ruxandra Porojnicu) behind him. As she struggled to see past her partner’s infidelity, Fiz opened up to Kirk Sutherland (Andrew Whyment) but his declaration that he “didn’t see this coming” led ITV soap fans to point out a huge blunder with the storyline.

In the cafe, Fiz warned Alina to stay away from both Tyrone and vowed to make her pay if she didn’t listen.

When Alina left, Kirk noticed how upset Fiz was and offered her a shoulder to cry on.

Kirk remarked: “It makes you ashamed to be a bloke. I never had Ty pegged as the type especially after Kevin and Molly.”

“I think he fancied being the pigeon for once instead of the statue,” Fiz replied. 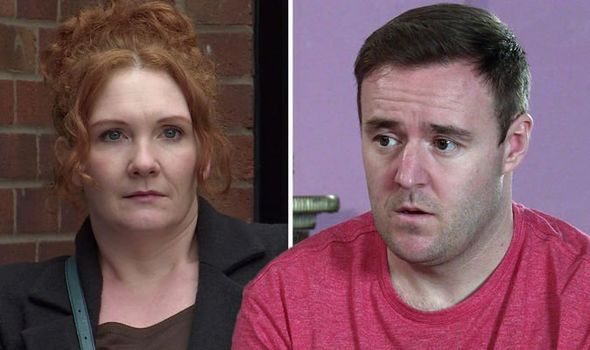 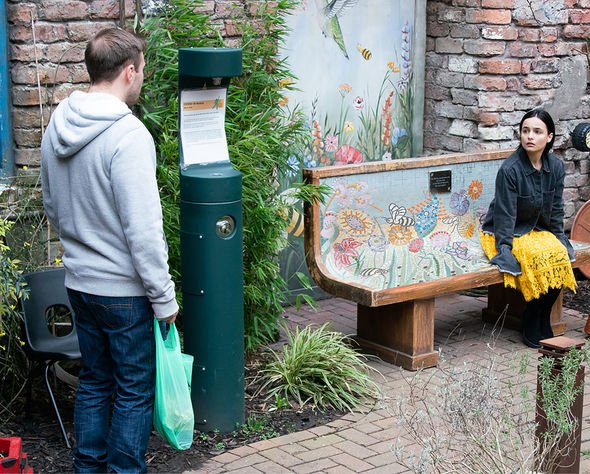 “Some fellas want to prove to themselves that they’ve still go it,” Kirk suggested.

“I thought Ty still had got it mainly because I didn’t think anyone else would still want it,” Fiz said. “Maybe that’s my problem, I took him for granted.”

“Don’t blame yourself, he don’t know how lucky he is to have you and the girls,” Kirk hit back. “He wants his head testing.”

“I don’t know look at her how can I compete?” Fiz asked and the factory worker said: “Listen, if it’s a choice between you and Alina, you win hands down every time.” 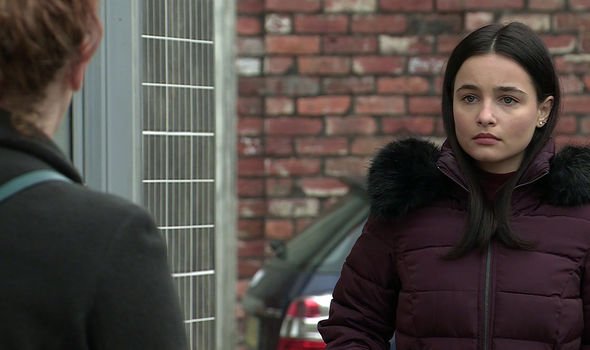 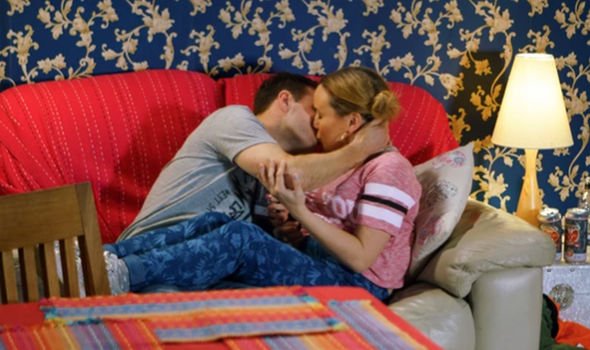 “It’s nice of you to say but we both know that’s not true,” the redhead added.

Coronation Street viewers were confused by Fiz omitting to mention Tyrone’s infidelity with Gemma Winter (Dolly-Rose Campbell) back in 2018.

One tweeted: “Does Fiz know about when Tyrone and Gemma slept together? Acting like he’s cheated for the first time #Corrie.”

“So Fiz is going off the rails at Tyrone sharing one kiss with Alina, yet when he slept with Gemma a couple of years back, I don’t remember Fiz having this much to say! #Corrie,” another added.

A third said: “Why is Fiz not bringing Gemma up? Tyrone’s got form, even if he has arguably traded up this time. #Corrie.”

Someone else shared: “#corrie Has Tyrone not learned from last time when he slept with Gemma?”

While a sixth asked: “#Corrie so is Tyrone about to rip Fiz heart out and stamp all over it again when he slept with Gemma? How dare you hurt Fiz. Again!”

In 2018, Tyrone had a one-night stand with Gemma following a row with Fiz.

The pair regretted it but when Fiz came home she found a common wrapper and exposed the illicit encounter.

Fiz eventually forgave Tyrone but she has yet to mention this previous betrayal during any of her recent heart-to-hearts with her fiancé.

Coronation Street airs on Mondays, Wednesdays and Fridays at 7.30pm.