Earlier this week, Coronation Street viewers watched as poor Stu Carpenter (played by Bill Fellows) got arrested for breaching the peace. The newcomer, who has been growing close to Yasmeen Nazir (Shelley King) got into an argument with his love, after he came clean about his past. Yasmeen, who has been unlucky in love, discovered Stu killed a woman 27 years ago and was left totally heartbroken by his lies.

Stu told Yasmeen that 27 years ago he had an affair behind his wife Lucy Woodrow’s (Lynda Rooke) back and when the woman was found dead, he became the prime suspect.

He insisted the authorities didn’t give him a fair trial and he was tortured while in custody.

Stu became even angrier when he was arrested by Craig Tinker (Colson Smith) and protested his innocence.

The chef is hellbent on proving his innocence, and following Friday’s episode, fans believe Stephen (Todd Boyce) may be the real murder suspect. 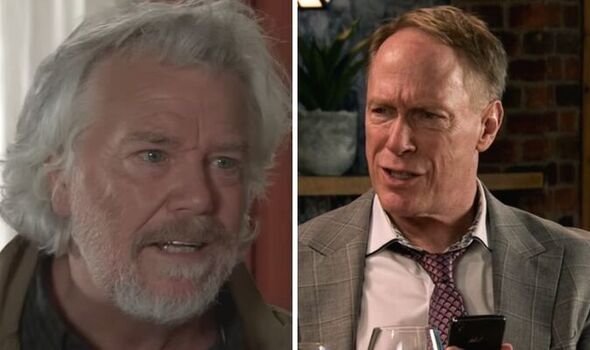 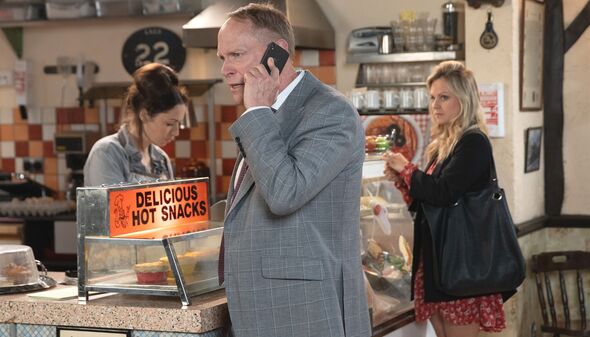 Viewers became suspicious of Stephen and many believe he could be in debt.

“Stephen was a bit of a turnaround,” Elaine (Paula Wilcox) said to Yasmeen in Speed Daal.

“I think he will give us hundreds, you know. Don’t you think it was sensitive the way he asked if we’d accept donations from men, he really checked his privilege.”

“And to think, he invited me out,” Yasmeen reflected before adding: “And I chose Stu.”

“You can still rekindle things with Steven if you’re interested,” Elaine replied. 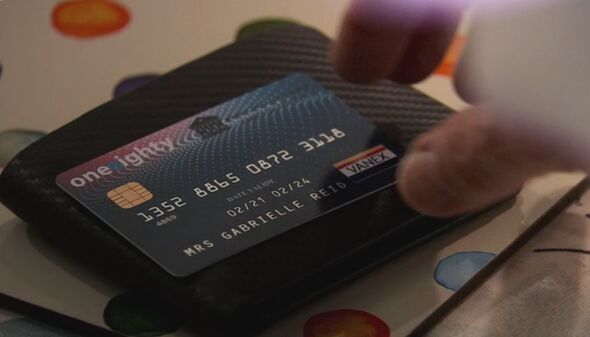 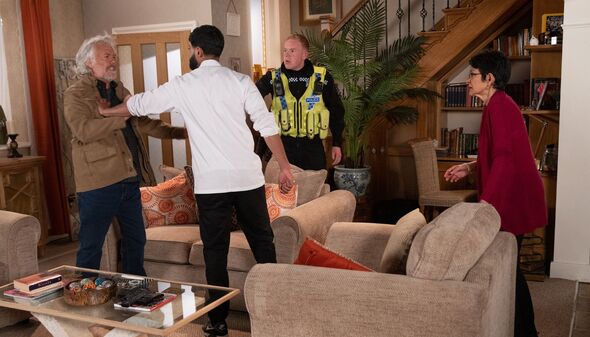 Yasmeen hit back: “No chance. I’ve had my fill of men and all their baggage.

“It could be Stephen Reed, or it could be Melvyn Bragg, himself.”

Elsewhere, viewers watched as Stephen used someone else’s bank card for a transaction.

The person named on the card was called Gabrielle Reid.

This led viewers to question who the mystery woman was.

While some believe he is going to con Audrey out of all her money, others claim the newcomer could be the killer of Stu’s ex.

Some even think that Stephen is going to swindle Yasmeen out of her money, before blaming it on Stu.

Ryan Glendenning predicted: “I wonder if Stephen will con off Yasmeen and then Yasmeen will blame Stu? #Corrie.”

While Jehan added: “Looks like Stephen has won over Elaine & Yasmeen. I think Audrey better keep a beady eye on her money with her golden boy around.” (sic)

“Stephen is the killer… That Stu went down for! #corrie,” Doc Joel theorised.

Michelle Jones went on to say: “Surprise Surprise Nasty Stephen is using a credit card that is not his.”