Plotting with Abi Franklin (Sally Carman) to drug Corey (Maximus Evans) after Abi overheard him laughing about Seb’s (Harry Visinoni) funeral, Asha was alone in the flat with the violent teen and tried to convince him to stay and have a drink with her after he’d become angry that she was “acting weird.” But Coronation Street viewers were terrified for his ex-girlfriend that he would lash out at her if he found out, and the episode ended with him waking up and asking Asha what she’s up to. The ITV soap hasn’t shied away from surprising viewers with hard-hitting plots recently, and fans are assuming the worst. Could Asha be Corey’s next victim?

An angry Corey was about to leave the flat when Asha changed his mind.

She told him she was acting weird but wants to get back together with him.

“I’m just upset about Seb,” she said. But lying Corey barked back: “What and I’m not?”

“Just don’t go, please,” Asha said. Corey responded: “I’m as gutted about Seb as you are. But it’s not our fault.” 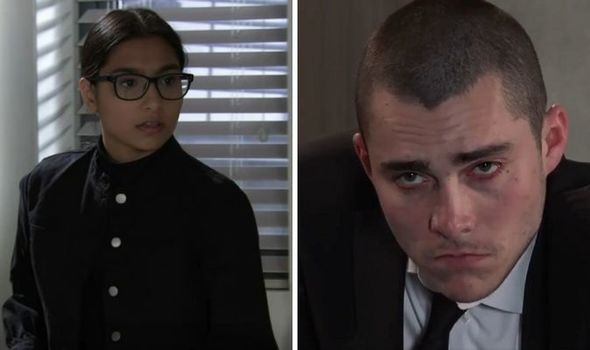 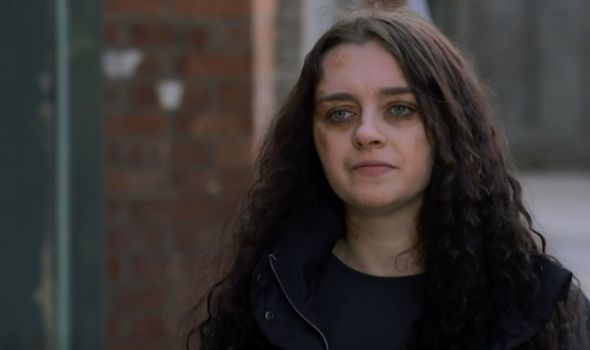 Corey took a sip of his spiked beer, but viewers didn’t see how much of it he had drunk.

Meanwhile, Nina Lucas (Mollie Gallagher) discovered the dangerous plan after spotting Abi lurking by the flat and warned her it could backfire.

The pair had planned for Asha to go through Corey’s phone once he was knocked out to try to find some concrete evidence that he was behind Seb’s death.

“Asha shouldn’t be left alone with him,” Nina protested. “Anything could happen to her.” Could she have foreshadowed something disastrous? 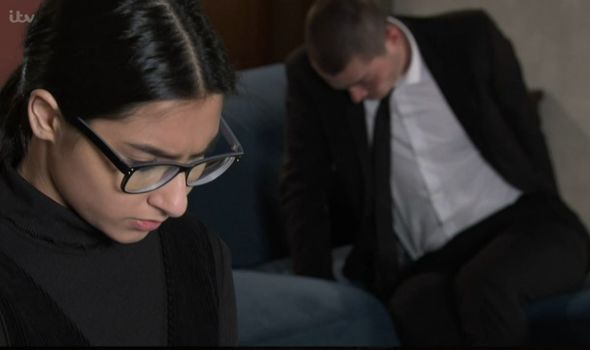 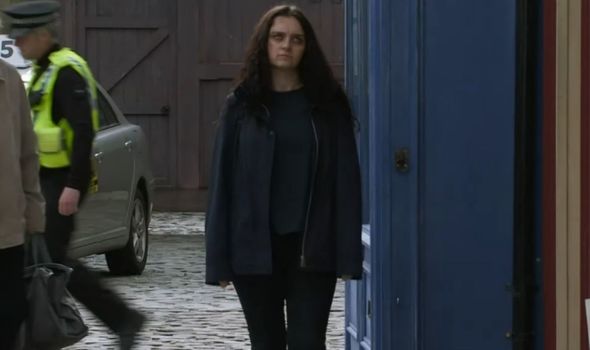 Viewers shared Nina’s concerns, and taking to Twitter, they seemed on the edge of their seats as they watched the scenes unfold.

One wrote: “Oh, this is not good for Asha! Corey is going to kill you! #Corrie.”

Another posted to say: “Ohhh Asha get out of there #corrie” while a third commented: “Asha’s plan is backfiring on her. #Corrie.”

“Oh no Asha be careful #Corrie,” said another. And their fears ended up becoming a reality, as the concluding scene showed Asha going through Corey’s phone while he was seemingly passed out on the sofa.

While he was unconscious, she said: “Sleep with you? You make me feel sick just looking at you”, before picking up his phone.

But while her back was turned, Corey woke up. He saw Asha standing in front of his with his phone n in her hand, and asked what she was doing.

It happened just as Nina had convinced Abi to call Asha to check she was okay, but before anything else could happen, the credits rolled.

Could Corey be capable of killing Asha? Viewers know he’s a violent murderer, and even when he and Asha were in a relationship, he didn’t treat her well.

He also has a frightening temper, so is bound to lose it once he pieces together what Asha is up to.

But will Nina and Abi be able to work out something is wrong before anything happens?

The two seemed to be getting concerned about the schoolgirl, so it’s possible they will rush in before Corey can hurt Asha.

But even if they do, will they be able to get inside the flat to stop him?

Or will the three be able to overpower him and hopefully record some kind of confession? Viewers will have to tune in to tomorrow’s episode to see what happens.

Coronation Street continues on Friday at 7.30pm on ITV.