Home » TV & Movies » Children's TV presenter told 'you're one of the best, but black doesn't sell' 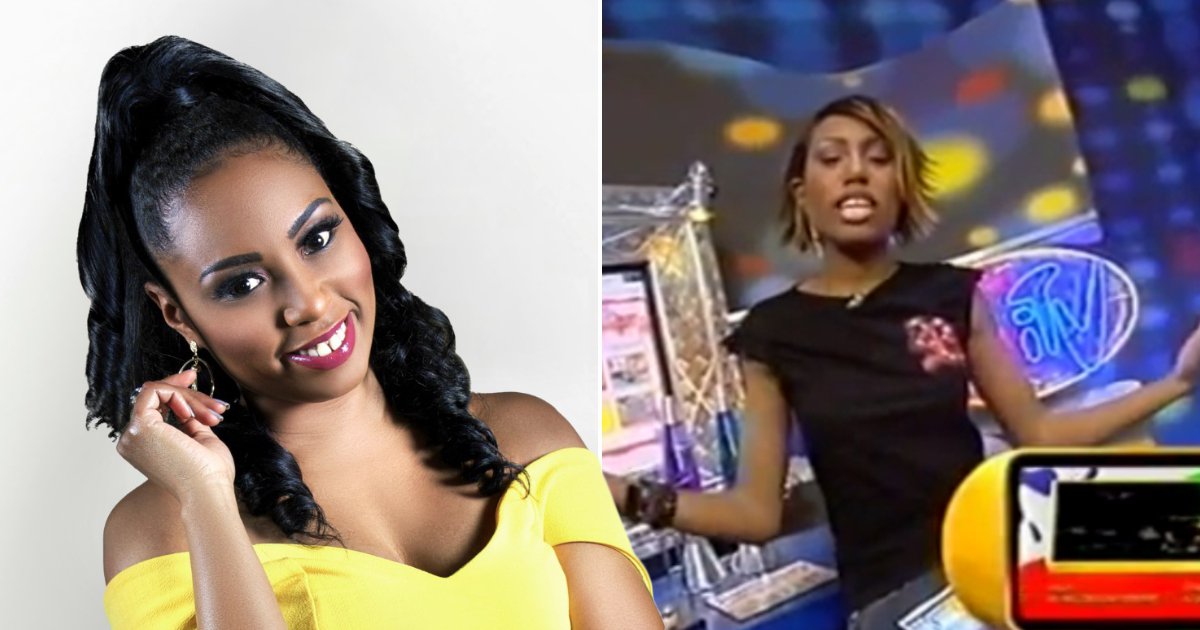 Leah Charles-King is the presenter you should have been mentioning in the same breath as the likes of Holly Willoughby and Ant and Dec, but unfortunately she was sold dreams that never came to fruition.

To this day, Leah is one of the few Black continuity presenters in CITV history which may or may not surprise you in the middle of a race revolution where the lack of Bame representation on TV has been left glaringly exposed.

It was later clarified that Rochelle and Candice Brathwaite were approached about two separate films. However, it did spark a conversation about the treatment of Black women within the TV industry and the opportunities presented to – or taken away from – them.

For Leah, who has lived through the realities of being Black in TV, the whole Rochelle and Candice scandal wasn’t a surprise at all.

‘My initial thought was, no surprise there. It’s unfortunate but it’s not rare because I know how the industry works and it’s not rare for several production companies to be working on the same type of show or same genre as others,’ Leah explained to Metro.co.uk.

She continued: ‘Those are usually chosen for a variety of reasons, it could be the way you look, it could be if you are an expert in that field. It could be based on the person’s followership and how many fans they have. But of course there is the other issue which is the elephant in the room, and what I understand what people are upset about, is in their minds they feel like it’s a colourism issue.

‘They feel like Candice are very different – Candice is a Black woman and Rochelle is mixed race, therefore Rochelle doesn’t have the right to speak about “Black” issues, and may feel Candice is more qualified on this because she’s been speaking out for years and this isn’t something that’s in Rochelle’s repertoire.

‘For me, I understand it from both sides because I understand how the business works. An unfortunately, “it’s showbiz” type of situation.’

Leah has experienced first-hand what it’s like to be pitted against another woman of colour in the industry, simply because there’s an unspoken assumption that two Black presenters couldn’t possibly be on the same level.

‘Angellica Bell who is now one of my dearest friends, was on the other channel, CBBC at the time. We laugh about this now but we were pitted against each other constantly in our years on those channels from within the system,’ Leah revealed.

‘This went on for years and then one day we met at a Children’s Bafta Awards and Angellica marched up to me and was like, “Is it true you’re trying to say I copy your style and I copy your weaves?” I was like, “Yeah, because you do”.’

Leah recalled: ‘She said, “Well, yeah you’ve always been cooler than me”, and we just started laughing and we realised it was all industry nonsense and we’d been had. But we were new to the game so we didn’t know. So for me this has been going on for 20 years.’

‘They’ll see us as the same because we’re Black. You couldn’t get two different presenters if you tried.

‘The same way they put Holly Willoughby and Fearne Cotton together as they’ve done plenty of times, would they put Angellica and I [together]? I’m not sure because we’re just two Black women. Are things changing? I don’t know, I would like to hope so at some point but this is obviously still happening.’

Leah recalled how she started out in the same era as Holly Willoughby, Stephen Mulhern and Ant and Dec but, while they became household names, the presenter often finds herself reminding people of her time on CITV.

The reason? ‘The industry told me with their own mouths that I’m being held back because I’m Black,’ Leah said.

It all led to one pinnacle moment that gave Leah a serious awakening about the industry she still dearly loves. She recalled having a meeting with main commissioners at a number of TV stations, such as ITV and the BBC, as they were in the process of transitioning children’s TV presenters across to adult entertainment.

‘They were taking Stephen [Mulhern] and all the rest and I was told I’d be next – and I was never next. They said they’d send the boat back for me and the boat never came,’ Leah revealed.

‘They said to me, “Leah, I think you’re one of the best presenters, there’s nothing to be said about your talent. But people in the UK don’t really enjoy seeing Black people in the UK, it doesn’t really sell for us. Therefore we struggle with you, because unless you’ve already been accepted by the Great British public in a way of celebrity, then we can’t give you an opportunity because Black doesn’t sell”.

‘When I was told this, it was very matter of fact and as if they were letting me in on a secret, as if it was OK,’ she explained.

However, it caused irreversible damage to Leah’s mental health and she attributes this moment to what ‘subsequently led to [her] mental breakdown’ and bipolar disorder diagnosis.

She stated matter of factly: ‘I’ve paid the price for being in this industry.

‘Why do I continue? Because I love what I do and I’m good at what I do and I think that every dog has its day. I pray that justice will prevail and I’ll have that seat at the table that I should have had 20 years ago.’

Despite the claims that ‘Black doesn’t sell’, the BBC has seen at least two of its Black children’s TV presenters become household names – Andi Peters who is a staple on ITV’s breakfast TV, while Floella Benjamin is now a member of the House of Lords.

These days if Leah’s not offered a seat at the table, Leah is ‘building her own’ and using her platform to speak out about mental health issues.

Despite the stark realities of what the TV industry can be like for Black women particularly, Leah is hopeful progress is occurring.

‘Have we changed? Yes, we have Black women hosting shows but it really depends. The big Saturday night shiny floors, have we ever seen a Black woman hosting it just by themselves?’ she questioned.

Leah added: ‘I still feel like there’s a long way to go and I’m hoping that the powers that be see there’s a need for change and a genuine one.

‘There is so much talent out there and there should be enough space for all of us in the same way that there is for our counterparts.’