These are the CBS scripted shows that started production first and have completed multiple episodes to make them available for launch. Additional November premiere dates will be announced shortly for several other CBS scripted series, which had later restart dates and are early into filming their new seasons.

CBS’ current fall schedule consists of reality (Big Brother, Undercover Boss), repeats and acquired (Manhunt: Deadly Games)/shared (CBS All Access’ Star Trek: Discovery, Pop’s One Day At a Time) scripted series. By the time the 10 scripted series listed above premiere, Big Brother and One Day At a Time will have ended their runs. The premiere dates announced today do not impact Manhunt, Discovery and Undercover Boss’ slots whose regular occupants are yet to get airdates. 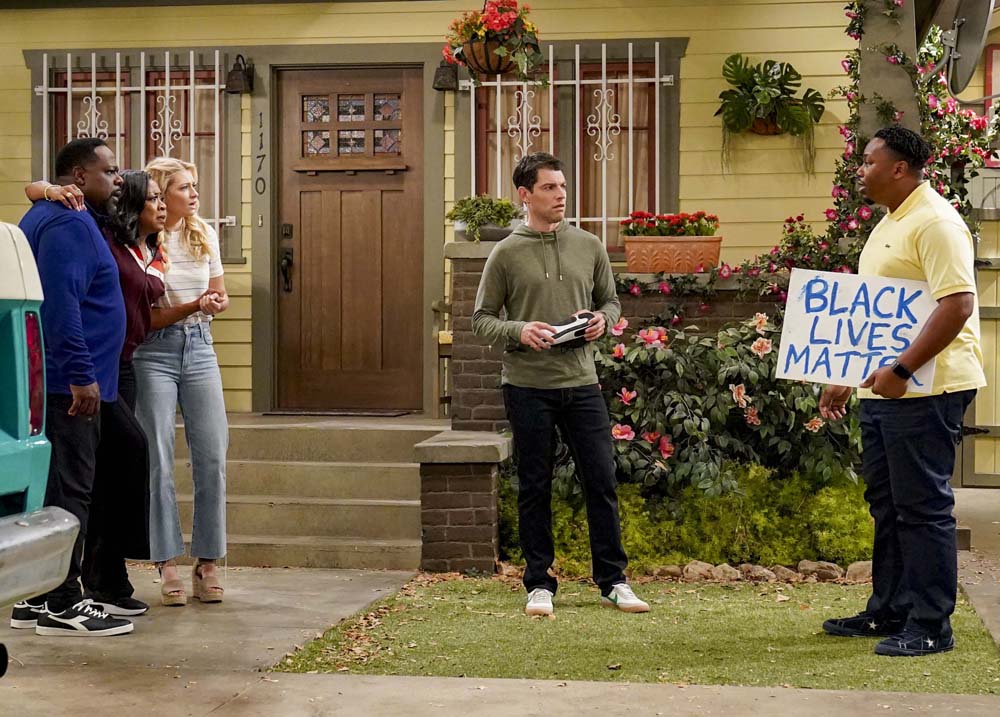 Monday’s popular one-hour comedy block is set with The Neighborhood and #1 new comedy Bob ♥ Abishola, followed by the hit drama All Rise on Monday, Nov. 16; NCIS: Los Angeles and NCIS: New Orleans return on Sunday, Nov. 8; and the two-hour premiere of S.W.A.T. debuts on Wednesday, Nov. 11.

These join the previously announced season premieres of 60 Minutes and 48 Hours, which have already debuted, and The Amazing Race, on Wednesday, Oct. 14.

Premiere dates and descriptions of the series’ premiere episodes follow below.

Here are descriptions of the slotted CBS scripted premieres:

YOUNG SHELDON — “Graduation” – After graduating high school, Sheldon has a breakdown when he realizes he may not be ready for college. Also, Dale tries to make amends with Meemaw.

THE NEIGHBORHOOD — “Welcome to the Movement” – The Butlers and Johnsons unite when a member of their community is the victim of racial injustice.

B POSITIVE — “Pilot” – Drew, a recently divorced father, discovers he needs a kidney and finds his donor in the last person he ever would’ve imagined. Thomas Middleditch, Annaleigh Ashford, Kether Donohue, Sara Rue, Izzy G. and Terrence Terrell star. Drew (Middleditch) is a therapist and newly divorced dad who is faced with finding a kidney donor when he runs into Gina (Ashford), a rough-around-the-edges woman from his past who volunteers her own. Together, they form an unlikely and life-affirming friendship, as they begin a journey that will forever affect both of their lives. Gabby (Donohue) is Gina’s best friend; Julia (Rue) is Drew’s ex-wife; Maddie (Izzy G.) is Drew and Julia’s teenage daughter; and Eli (Terrell) is a new friend of Drew’s who is also going through dialysis.

NCIS — “Sturgeon Season” – Gibbs and Fornell (Joe Spano) attempt to track down the leader of a drug ring who supplied drugs to Fornell’s daughter. Also, the team deals with the case of a missing cadaver from the NCIS autopsy room.

ALL RISE — “A Change Is Gonna Come”– Lola and Mark try to rebuild their friendship after Mark witnessed Lola being detained during a protest while defending a teen girl, amid an escalating encounter with police. Through a series of flashbacks, details emerge surrounding the night of the protest as well as the long-lasting effects they have on Lola, Mark, Emily, Luke and everyone else involved. Also, to help with the court backlog due to closures caused by COVID-19, Lola hires Ness Johnson (Samantha Marie Ware), a bright, outspoken legal clerk who immediately clashes with Sherri.

S.W.A.T. — “3 Seventeen Year Olds” – Hondo, his father Daniel Sr. (Obba Babatundé) and his teen charge Darryl (Deshae Frost) confront the history of racial tension in Los Angeles between law enforcement and the Black community, through flashbacks to the city in 1992 following the Rodney King verdict. Also, the SWAT team pursues El Diablo’s scattered drug cartel hiding in the city and a Jihadist group detonating bombs in coordinated attacks, in the first part of the two-hour fourth season premiere.

NCIS: NEW ORLEANS — “Something in the Air, Part I” – As New Orleans grapples with the effects of COVID-19, Pride sends Tammy and Carter to investigate a suspicious death aboard a humanitarian ship offshore, where they learn that some crew members are infected with the deadly disease. Also, Wade is overwhelmed by the high volume in the morgue due to COVID-19.

NCIS: LOS ANGELES — “The Bear” – When a Russian bomber goes missing while flying over U.S. soil, Callen and Sam must track it down in the desert and secure its weapons and intel before the Russians on board destroy the plane. Also, Hetty gives Nell a cryptic assignmen.