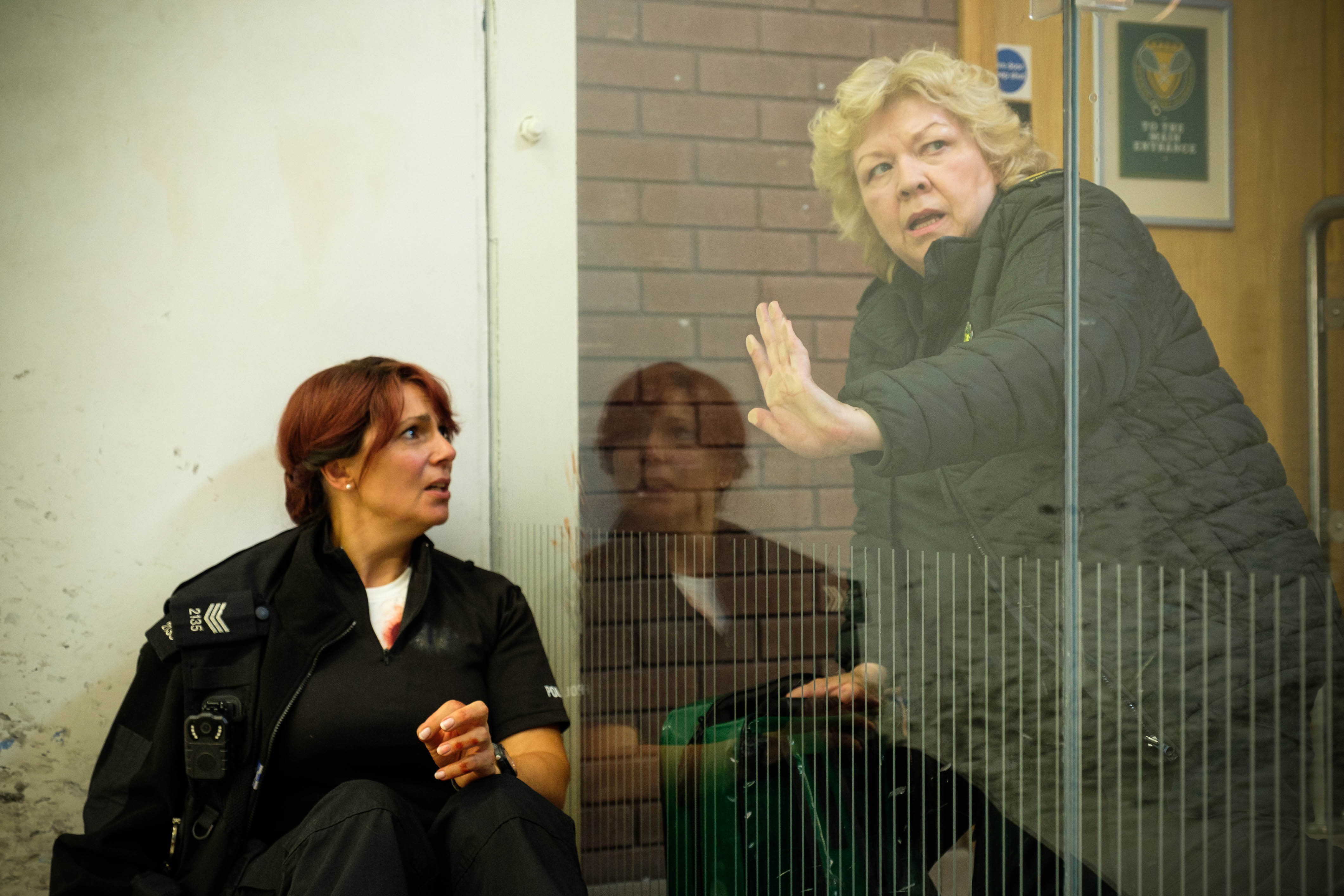 There’s nail-biting tension in Casualty tonight as both Jan (Di Botcher) and Ffion (Stirling Gallacher) end up in the middle of a hostage crisis – and there’s a loaded gun aimed right at them.

When a man is run over by a car that crashes through some gates, Jan is called to help him – and she’s surprised to see her estranged wife Ffion is also on the scene. Jan hadn’t realised that Ffion was back at work following her cancer treatment, and she’s further shocked to hear that Ffion has appointed a divorce lawyer.

But when shots are fired in a nearby building and Jan thinks Ffion may be in danger, she rushes into the scene regardless of her own safety, to find Ffion wounded and a tense stand-off between a desperate man and his hostage.

As Ffion begs Jan to leave while she still can, Jan insists on staying – but is her presence going to help Ffion or put her in more danger? As the tension mounts, Jan and Ffion have to work together to survive. Who will make it out alive?

As Ethan (George Rainsford) lies unconscious in hospital recovering from major surgery after he was stabbed in the last episode, Stevie (Elinor Lawless) realises that her career will be over when he wakes up and tells everyone that she was to blame for the stabbing. Faith (Kirsty Mitchell) tries to get her friend to open up about what’s upsetting her and Stevie tells her about her sister Emma’s death, and that she blames Ethan for the original mistake that left Emma in a coma.

‘When he wakes up, he’ll destroy my career,’ Stevie tells Faith. But as Stevie watches over a sleeping Ethan, could she be planning for him never to wake up? Is Stevie’s revenge about to be complete?

Sue Haasler is the author of five novels and the official BBC Holby City book, which you can read about here.