The British Soap Awards returned to ITV tonight and Phillip Schofield was back presenting the ceremony.

During the show, Dan Walker was joined on stage by Anita Rani to preset the Scene of the Year Award.

But before revealing which soap had won, the BBC Breakfast presenter joked about not wanting to be in attendance because the Champions League final was live on TV.

Walking out to the audience, Anita dropped her hosting partner in the deep end and said: “Evening everybody. I’ve just had to drag him away from the football, I don’t think he actually wants to be here!”

“No, Phil, I do want to be here!” He defended and then explained: “Just not for long! So, let’s crack on. Last time Liverpool was leading.”

Trying to get back into the actors good books, he added: “But this is what it’s all about, it’s all about the soap awards. The football is really dull by the way, this is much better.”

The pair then went onto introduce the nominees for the category and it was Coronation Street with Gail Platt’s monologue that won the award.

As for the Best Female Dramatic Performance, Gillian Wright won for her portrayal as Jean Slater. 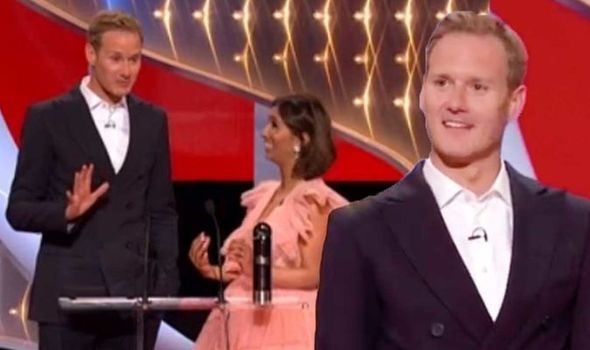 But it was Doctors who took home Best Comedy Performance curtesy of Sarah Moyle and her portrayal as Valerie Pitman.

Up next, viewers saw Roger Griffiths and Kara-Leah Fernandes be awarded Best On-Screen Partnership for playing Mitch and Bailey Baker in EastEnders. 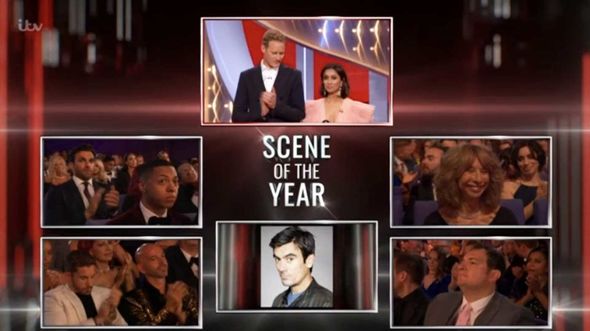 British Soap Awards 2019 is currently airing on ITV until 10pm.