Royal Broadcaster Ian Pelham joined GB News hosts Esther McVey and Phillip Davies on Saturday to discuss the upcoming funeral of Queen Elizabeth II. Conversation soon moved on to Prince Harry and Meghan Markle’s appearance and King Charles III’s decision to allow Harry to wear his uniform. Ian claimed that Britain “want” to see the Duke and Duchess back as it will be a strong support for the King.

Touching on Prince Harry and Meghan’s recent trip to Windsor Castle with Prince William and Kate Middleton, Ian began: “Can I just make a quick remark about the uniform?

“It was at the King’s insistence that both William and Harry wore uniform, so it was the King who decided this.

“Recently the reality is that I think the King has been too soft on this issue, and so he is now trying to bring them both back together again.”

Esther added:” Whilst I read that it was always going to be thought that Andrew could attend this vigil in uniform because he still has a working role, but obviously Harry didn’t. 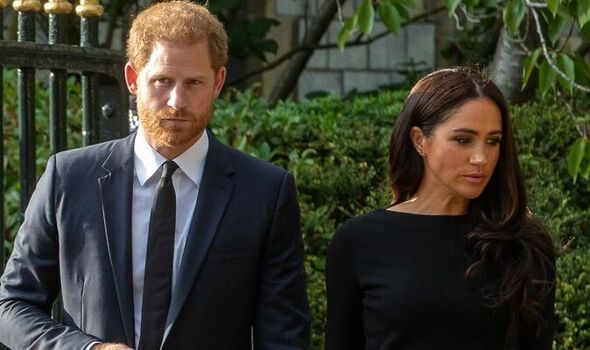 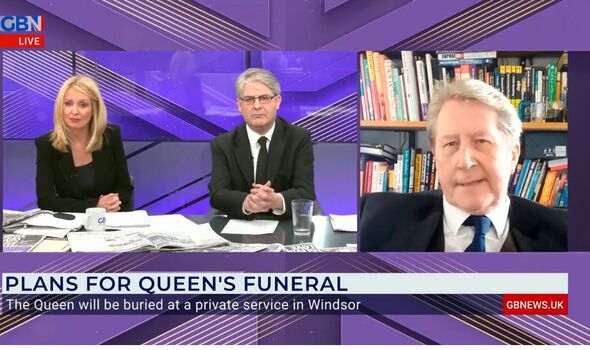 “Charles has said at his insistence, so maybe Martin is right, it is about reconciliation.”

Ian agreed and continued: “Absolutely, and I think the reality of them at the moment, I think the whole of Britain wants to see Harry and Meghan back.

Just one week before Her Majesty died, Prince Harry and Meghan Markle insisted they were not going to be visiting any members of their family during their visit to the UK. 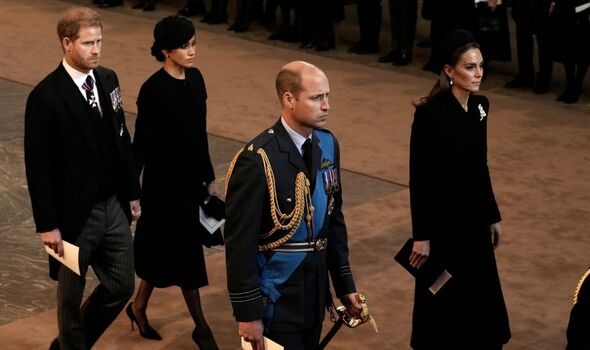 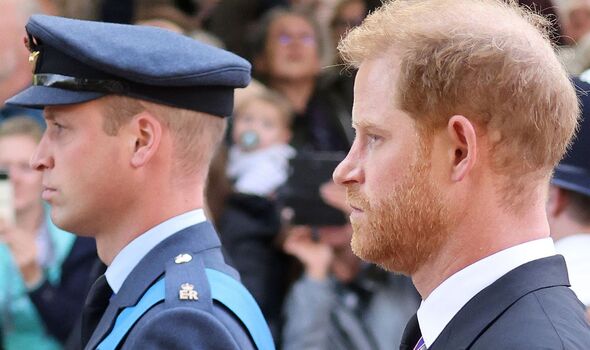 The pair walked alongside Prince William and Kate Middleton, however, Royal historian Marlene King stated: “Prince Harry will have no role to play.

“He and Meghan will go back to California and do their things. Meghan will have no role… she and Harry are not working members of the Royal Family.”

He also noted how Prince William would take up his former titles, and said: “As my heir, William now assumes the Scottish titles which have meant so much to me.

“He succeeds me as Duke of Cornwall and takes on the responsibilities for the Duchy of Cornwall, which I have undertaken for more than five decades.

“Today, I am proud to create him Prince of Wales, Tywysog Cymru, the country whose title I have been so greatly privileged to bear during so much of my life and duty.

“With Catherine beside him, our new Prince and Princess of Wales will, I know, continue to inspire and lead our national conversations, helping to bring the marginal to the centre ground where vital help can be given.”

King Charles has given permission for Harry to wear uniform when he joins his brother and cousins at a vigil.

Prince Harry will form a guard of honour in Westminster Hall alongside all seven of his cousins, from the eldest, Peter Phillips, 43, to the youngest, James, Viscount Severn, 14.

The Prince of Wales will stand at the head of the coffin and his brother at the foot.

Prince William will be flanked by Zara Tindall and her brother Mr Phillips.

Prince Harry will be flanked by Princess Beatrice and Princess Eugenie, with Lady Louise Windsor and her brother the Viscount in the middle of the coffin.

Saturday Morning with Esther and Phillip airs Saturday from 10am on GB News.