Netflix dropped Black Mirror season five last week with three brand new stories for fans to enjoy. Striking Vipers followed two college friends who reunite after 11 years only to find their lives changed forever by a computer game. The episode features scenes from the lives of college friends Karl (played by Yahya Abdul-Mateen II) and Danny (Anthony Mackie) as well as their VR computer game alter-egos Lance (Ludi Lin) and Roxette (Pom Klementieff) respectively. The characters of Lance and Roxette are just as important as their real-world counterparts Karl and Danny as the lines between gender and sexuality blur in Black Mirror.

Who is actor Ludi Lin?

Lin is a Canadian-Chinese actor who was born in Fuzhou, China before travelling around to Australia and Canada.

He graduated from the University of British Colombia where he studied Theatre Performance.

The star went on to train in film and TV acting in Los Angeles to help him pursue his career.

WHO IS IN THE CAST OF BLACK MIRROR STRIKING VIPERS? 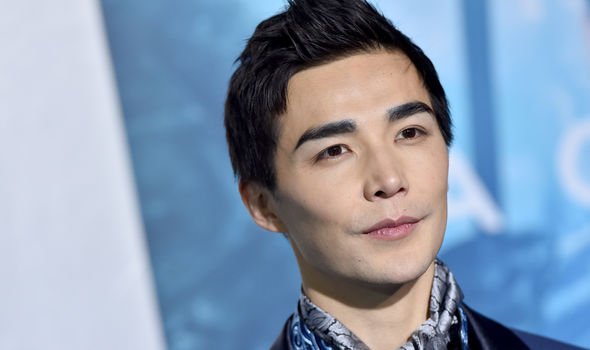 The 31-year-old star has had a varied career and is both an actor and a model.

His previous credits include Captain Murk in Aquaman, Zack in Power Rangers and as Batbayer in Netflix series Marco Polo.

As Lance in Black Mirror, Lin had to perform some pretty impressive martial arts stunts as he battled with Roxette – much like his role in Power Rangers.

Unsurprisingly, Lin is a pro at martial arts having studied Muay Thai in Thailand as well as Jiu-Jitsu and Olympic-style wrestling.

Along with Aquaman, Black Mirror is one of Lin’s most high profile roles to date.

Lin even posted about the show on social media, telling his 25,000 Twitter followers: “This is really one of my favorite shows. Thanking my lucky stars for broken mirrors! #blackmirrorseason5 [sic].” 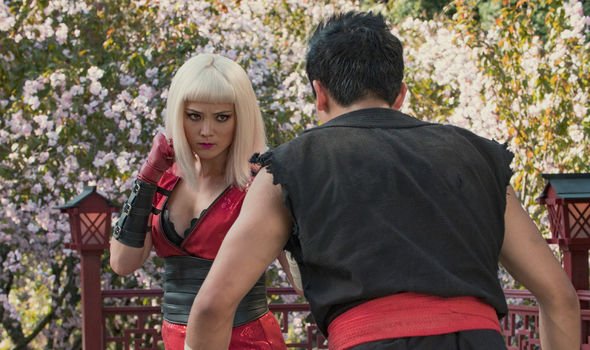 He posted another tweet and a screen grab of Lance with the caption: “This is really one of my favorite shows. Thanking my lucky stars for broken mirrors! #blackmirrorseason5.”

Speaking about Striking Vipers, which sees two male best friends falling in love while playing characters in a VR game, Black Mirror creator Charlie Brooker said: “One of the starting points was, I had been struck before by the slightly homoerotic nature of those fighting games.”

He continued to the Daily Beast: “I loved Tekken and used to play Tekken religiously in the ’90s—myself and a flatmate used to play it all the time, we’d have miniature tournaments, etc. 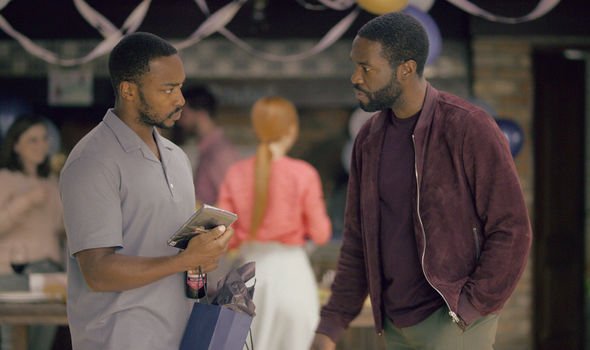 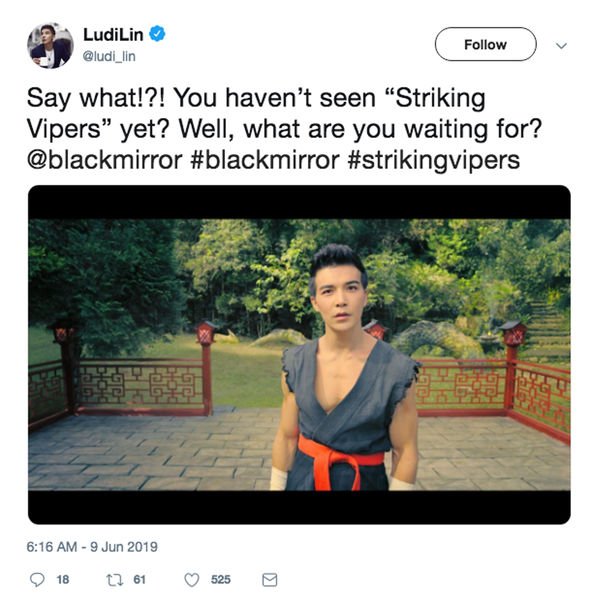 “And I realized one day that our neighbors, because we lived in a small flat in London, the people who lived above us and below us must have thought there was an S&M dungeon operating where we were living, because constantly the air was filled with us screaming, UGH! YES! NO! all day and night.”

Brooker added: “I find it a fascinating one, because I still don’t know where I come down on it.

“Is it a homosexual relationship? In some ways it is, and in others it absolutely isn’t.

“It’s really about male friendship and the issues that men may have communicating with each other.

“I wasn’t sitting down going, this is about Gamergate, but it’ll be interesting to see how it’s received by the gaming community.”