Black Mirror season five premiered on Netflix on Wednesday, June 5 with three new episodes. One of the episodes, Rachel, Jack and Ashley Too, starred Miley Cyrus as troubled pop singer Ashley O who finally breaks out the cute poster girl mould into the rock star she’s always wanted to be. Ashley O goes from singing pop songs to rock hits and fans are keen to know what music was used in the Black Mirror episode.

What songs are used in Rachel, Jack and Ashley Too?

Miley Cyrus sings a number of pop songs in Black Mirror, all of which are adaptations of rock band Nine Inch Nails’ hits.

Black Mirror creator Charlie Brooker exclusively revealed all about the music for Rachel, Jack and Ashley Too to Express.co.uk.

Brooker said: “I quite like the anarchic spirit of it [the episode] turning into this sort of chase.

“Every song that she performs, they’re all Nine Inch Nails songs that we adapted into a sort of pop standard.

“That was one thing that was in the script early on so we had to get permission from Trent Reznor to do that, to rewrite some of his tracks as upbeat pop songs. 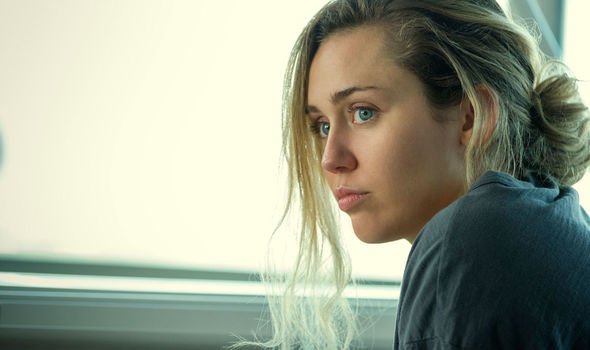 When asked how Reznor felt about the inclusion of his band’s songs in Black Mirror, Brooker said: “He was really happy, he wanted to see the script and I got to rewrite his lyrics in a chirpy way.

“I’m not the best lyricist in the world, in the beginning, she’s singing: ‘I’m stoked on ambition and verve,’

“And that’s instead of: ‘You’re going to get what you deserve.’”

Co-writer Annabel Jones added: “He thought it was very funny.

“He found the dark comedy very entertaining. There are a lot of dark concepts in the film and we just enjoyed a childish subversion of them.

“The idea of an artist being more successful dead than where they’re alive is such a ghoulish idea but then we’re living in a time when holograms of Prince and other artists appear.” 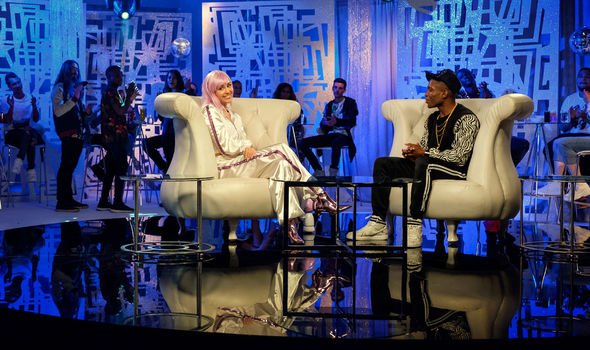 The first song Black Mirror fans hear Ashley O sing is called On a Roll which is an adaptation of NIN smash Head Like a Hole.

Rachel (Angourie Rice) is also seen performing to the song at her high school talent show.

The original song by NIN was released way back in 1990.

Ashley O also performs a rendition of NIN hit Right Where It Belongs.

Her aunt Catherine (Susan Pourfar) walks in on her performing the song on her piano after waking up from a dream. 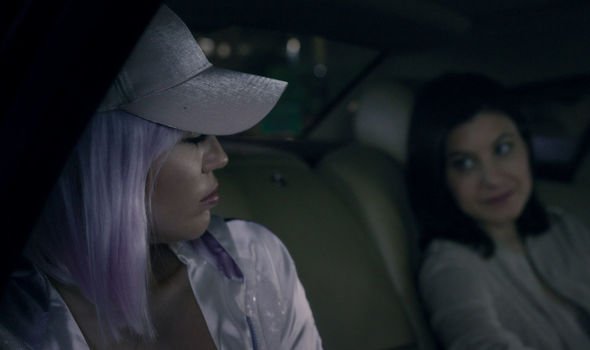 Right Where It Belongs is used once again when Catherine and producer Busy G (Jerah Milligan) are extracting music from her brain.

Ashley O was in a coma when a tone-deaf rendition of the song plays out the speakers, taken from her sub-consciousness.

The pair “tidy it up” and produce a pop version of the hit.

NIN released Right Where It Belongs back in 2005 on album With Teeth.

Black Mirror season 5 is available to stream on Netflix now.