Bernie Taylor (Clair Norris) decides to make her voice heard in EastEnders on Thursday (April 14), as she takes to the streets of Walford with her co-workers by her side, demanding that they get ‘fairer pay’.

The character returned to work at the Panesars’ pest control business earlier this week, much to the joy of Vinny (Shiv Jalota), who was struggling with the pressure of coping on his own.

Things took a turn, however, on Wednesday, when Bernie saw the new terms of her contract. Furious, she led a walkout with the rest of the employees, leaving Vinny stunned.

Thursday’s visit to Walford sees her take things to the next level, as she stages a protest is Turpin Road, with several of her colleagues joining her.

‘Listen now to what we say! We’re demanding fairer pay!’, she exclaims, with placards on display, which read: ‘People before profits’.

Vinny is taken aback when he sets his sights on the protest, and hopes to convince Bernie to return to work and stop the commotion, concerned that his mum will find out about it. 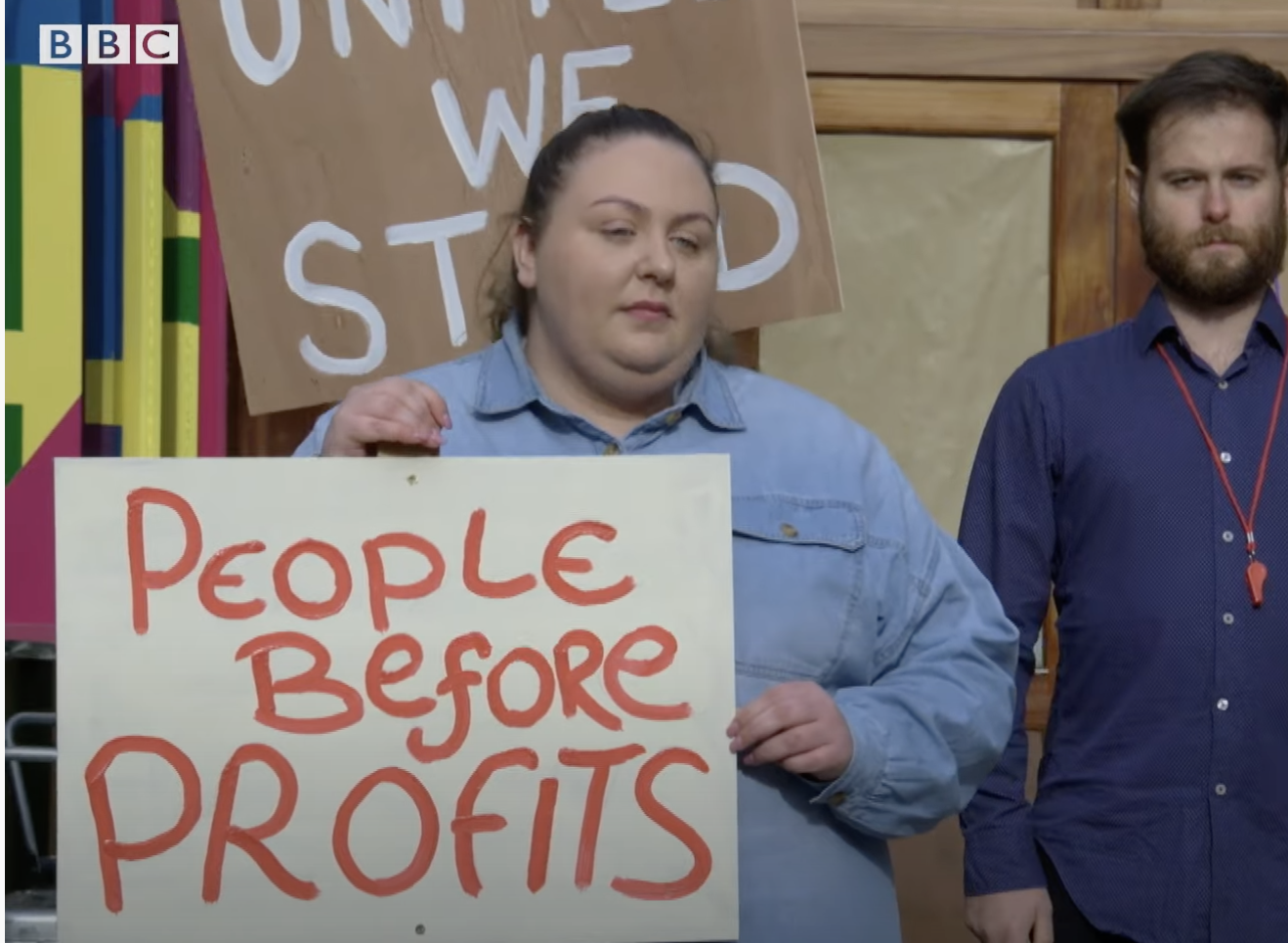 Bernie, however, is determined to stand up for what is right, and therefore she refuses to back down.

Rainie Highway (Tanya Franks) walks by, and fills Bernie in on all-things Roland, which makes her more defiant in refusing to do as Vinny says.

Dotty therefore steps in to help and threatens to fire Bernie.

When her plan fails, Dotty returns with paperwork proving the contracts are legal. Bernie refuses to back down.

EastEnders airs these scenes on Thursday April 14 at 7:30pm on BBC One.