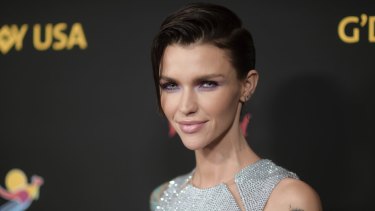 Batwoman star Ruby Rose will be honoured with the Annette Kellerman award from the Los Angeles-based Australian screen industry advocacy body Australians in Film; the award recognises an individual who has been a trailblazing role model for Australian women. Past recipients include Rebel Wilson, director Kate Dennis and comedian Hannah Gadsby. The award is named after the Australian professional swimmer who became a Hollywood star in the early 20th century. Succession star Sarah Snook and actor Dacre Montgomery, who stars in Netflix’s Stranger Things, will also receive Breakthrough awards, recognising Australian screen talent who acquired an international presence. The awards will be presented at a black-tie gala in Los Angeles in October. 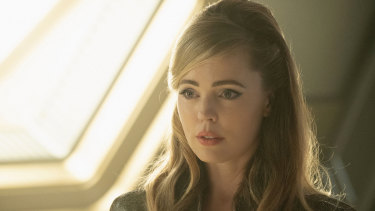 Freshly earthbound after her guest starring turn in Star Trek: Discovery, Australian actress Melissa George has landed a role in a new Netflix series, The Eddy, from Oscar winning director Damien Chazelle. The series is described as a musical drama set in “contemporary multicultural Paris” about a nightclub owner, played by Andre Holland. Netflix has commissioned eight one-hour episodes of the series, which will be filmed in France with dialogue in French, English and Arabic. George will play a character named Alison Jenkins, the former wife of Holland’s character, who travels from New York to Paris in the series to visit her ex-husband and daughter, played by Amandla Stenberg.

Neighbours goes back to school 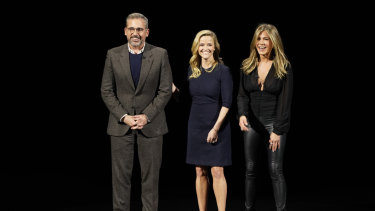 The entertainment giant Apple has unveiled the launch date and pricing for its new streaming service, with Apple TV+ going live on November 1 with a price tag of $7.99 a month. (US customers will pay $US4.99 a month.) The service will launch simultaneously in 100 countries and Apple will bundle a free year-long subscription with purchases of its flagship phone, tablet and laptop devices. The platforms original series at launch will include The Morning Show, which will be titled Morning Wars for Australian release, which stars Jennifer Aniston; an alternate history drama about the space race titled For All Mankind, from producer Ronald D. Moore; and See, a science fiction series starring Aquaman actor Jason Momoa.

SBS has announced a multi-year deal with the US National Basketball Association (NBA) and Women’s National Basketball Association (WNBA), which will put two live, regular-season NBA games a week and one live WNBA game a week on its SBS Viceland channel. The deal kicks in with the NBA 2019-20 season, and the WNBA 2020 season. All of the matches, and others, will be available on the SBS On Demand platform. The two codes feature between them more 20 Australian players, including Andrew Bogut, Mitch Creek, Isaac Humphries, Ben Simmons, Rebecca Allen, Kelsey Griffin and Alanna Smith. SBS managing director James Taylor said the deal, with SBS’ existing deal with the NBL, made the the broadcaster the “free-to-air home of basketball”. 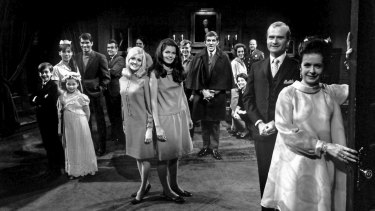 Dark Shadows sequel in the works

The US network The CW is developing a reboot of one of American pop culture’s most treasured properties, the 1960s-era gothic horror soap opera Dark Shadows. The series was rebooted in the 1990s and turned into a feature film starring Johnny Depp, but neither iteration resonated loudly. The new series would be a sequel more than a remake, revisiting the mixed fortunes of the show’s central Collins family in the present day, a generation after the events portrayed in the original television series. The project, which is titled Dark Shadows: Reincarnation, will be written by Mark B. Perry and co-produced by Tracy and Cathy Curtis, the daughters of producer Dan Curtis, who created the original series.