Home » Alma Wahlberg, Star of 'Wahlburgers' and Mom to Mark and Donnie, Dies at 78 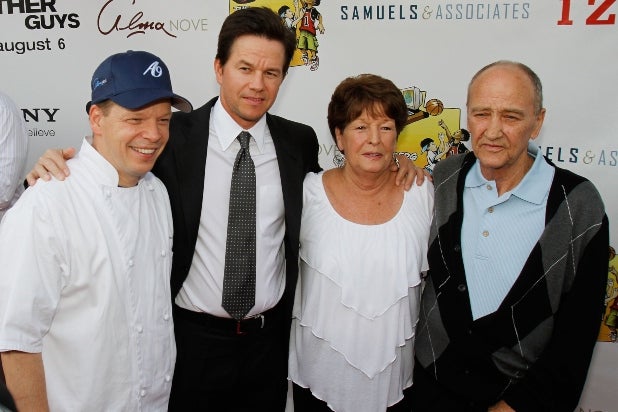 Alma Wahlberg, a cast member of A&E’s “Wahlburgers” and the mom to Mark Wahlberg and Donnie Wahlberg (among others), has died. She was 78.

On his Instagram, Mark Wahlberg captioned a photo of his mom, “My angel. Rest in peace.”

Donnie Wahlberg wrote a whole lot more than that: “I’m so blessed to have been brought into this world by, raised by, taught by and set on my life’s path by, such an amazing woman. My mom Alma’s joy for life, love and people — combined with a pride in her humble beginnings and refusal to forget where she came from — undoubtedly shaped me into the man that I am. Like so many moms who struggled, overcame odds, made something from nothing and pulled off the impossible for their children, she never complained. She did what needed to be done, most often, with a smile. She made the best of times in the worst of times.”

Alma Wahlberg frequently appeared on the A&E reality series during its run from 2014 to 2019. The series focused on the family burger chain (aptly titled “Wahlburgers”) run by Donnie and Mark’s brother, Paul, in the Boston area.

Alma had nine kids. The former bank clerk and nurse’s aide worked as a greeter and hostess at her sons’ restaurants, including Wahlburgers and Alma Nove, which was named after the matriarch.

A spokesperson for A&E said in a statement to TheWrap: “We are incredibly saddened by the passing of Alma Wahlberg, a beloved member of the A&E family and the true star of the long-running, Emmy-nominated series Wahlburgers. Our thoughts are with the entire Wahlberg family.”