90 Day Fiance became a smash hit as soon as it premiered on TLC back in 2014 and from that success, multiple spinoffs have followed with some being better — and more popular — than others.

The series followed engaged couples as they went through the K1 visa process, which allows American citizens the opportunity to sponsor foreign nationals to come to the US. The couple then has 90 days to get married- but if they don’t wed in those 90 days, the foreign partner has to return home.

The success of 90 Day Fiance has spawned no less than eight spinoffs. From variants on the 90 Day theme to series following breakout stars, the spinoffs offer viewers extra opportunities to get their 90 Day Fiance fix.

So, without further ado, here’s the definitive ranking of all of the 90 Day spinoffs. 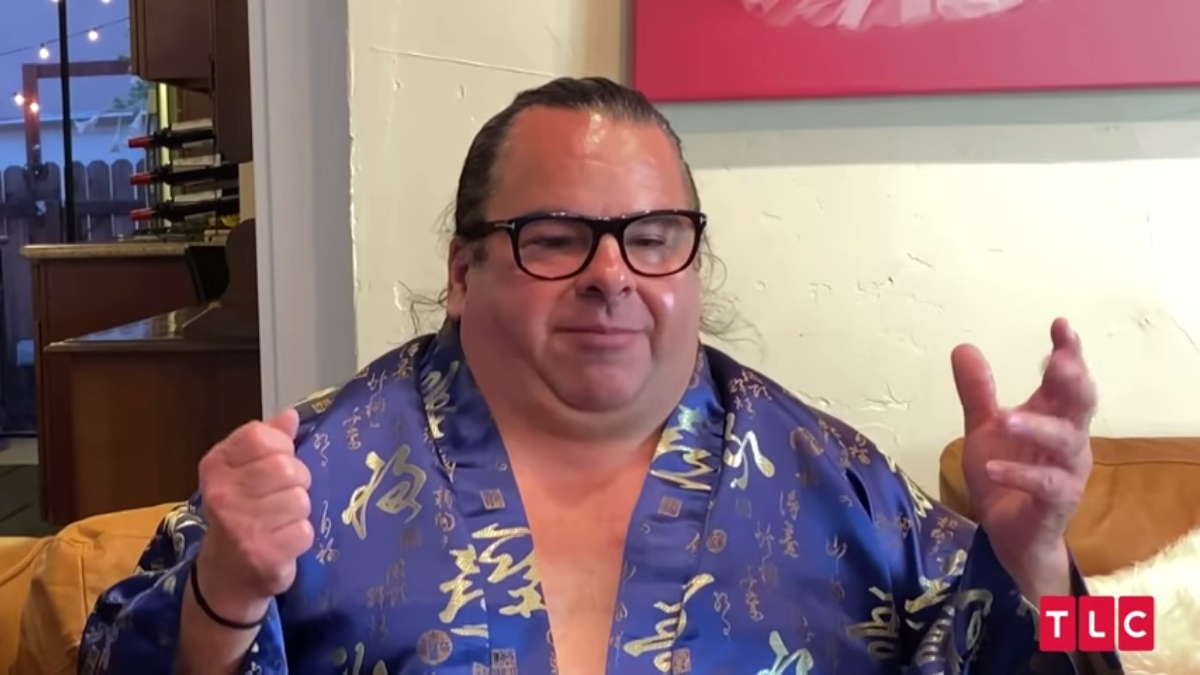 B90 (Before the 90 Days) and HEA (Happily Ever After) Strikes Back premiered this year, and they’re not the most exciting spinoffs.

The two series feature stars of either Before the 90 days or Happily Ever After as they react to their season, social media comments, and Pillow Talk segments in which they were featured.

The two series were almost certainly a product of the pandemic as 90 Day Fiance viewers were hungry for new content, and TLC needed a show that could be produced without an on-location crew.

The series did give viewers new content, but in the end, the two Strikes Back spinoffs are stars reacting to other people reacting to the show- which gets a little too meta. So sorry, B90 and HEA, you rank at the bottom of the list. 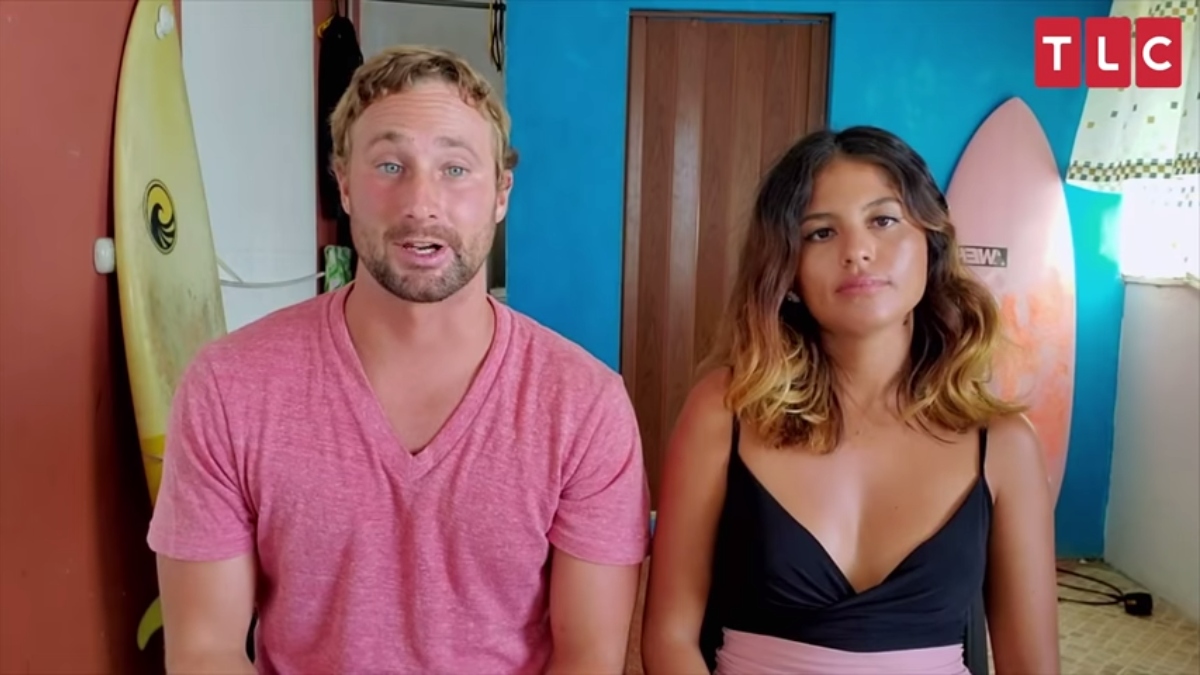 The couples featured on the show filmed the footage themselves. We hadn’t heard from some of the cast members featured on Self-Quarantined in a while, so it was nice to catch up with some of the stars from early seasons.

However, there’s not a lot of interesting content to come up with when everyone is stuck at home. Everyone- reality stars and viewers alike- are in the same boat, and the quarantine boat isn’t a very interesting one.

Segment after segment showed cast members fighting boredom at home, struggling to adjust to their new work situation, and dealing with the family squabbles that come with being cooped up.

Although it was fun to catch up with stars who didn’t make the cut for Happily Ever After?, overall, Self-Quarantined was a bit boring. 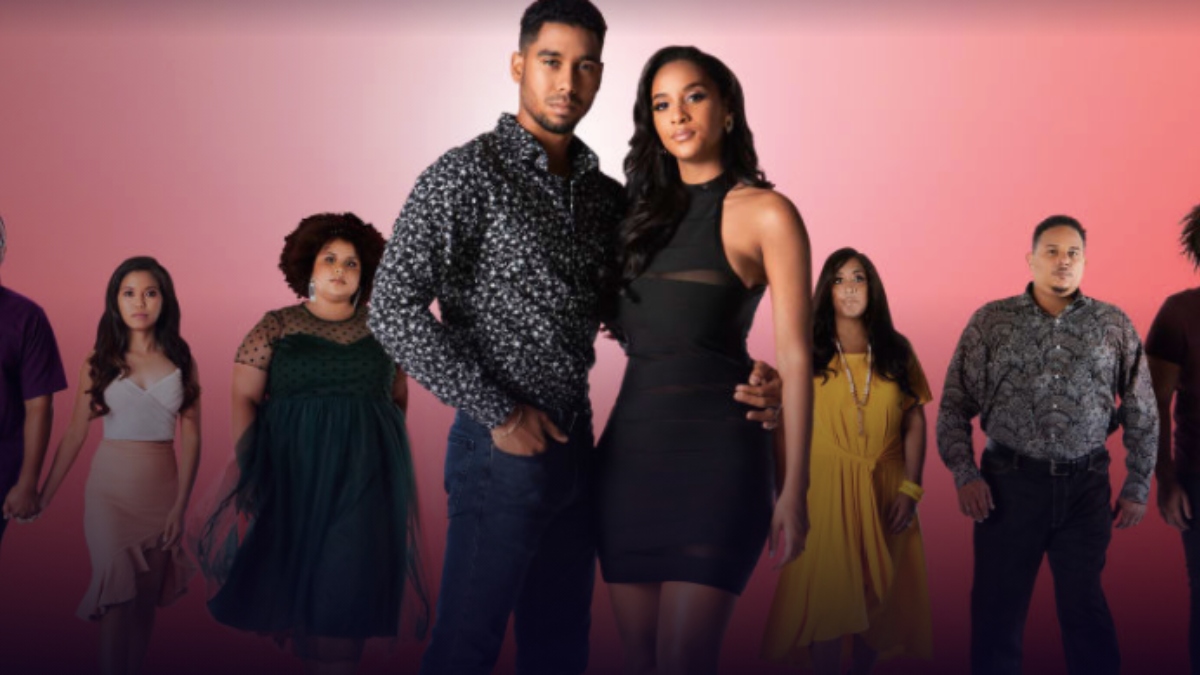 Chantel Everett and Pedro Jimeno first appeared on 90 Day Fiance during Season 4. Their relationship was relatively drama-free- until their families got involved.

All the drama resulted in a spin-off just for Chantel and her family. The Family Chantel- named for the way Pedro talks about them- follows both the Everett and Jimeno families, including Chantel’s parents and siblings as well as Pedro’s mother and sister.

The Family Chantel certainly wins the award for the best-named spinoff; Pedro’s quirky habit of switching the words in the phrase “Chantel’s family” tickled viewers and became an online meme. But the show itself is almost too crazy- the drama is fascinating, but it makes my ears hurt. 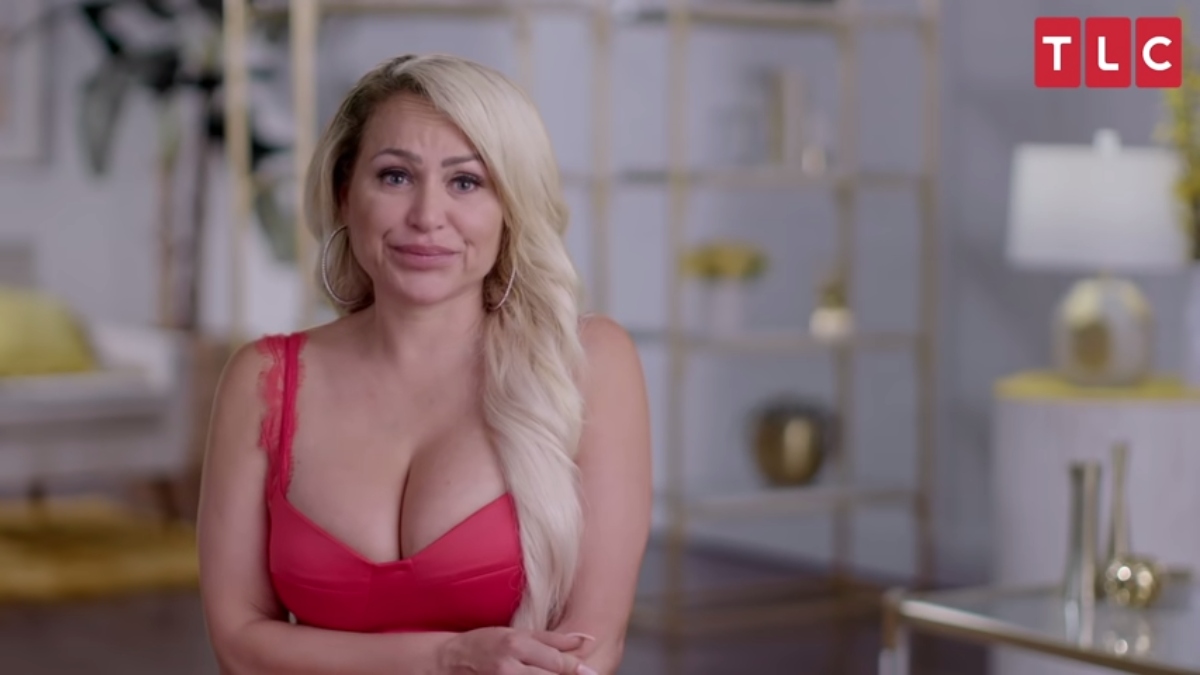 Darcey and Stacey is one of the newest spinoffs of 90 Day Fiance.

Darcey Silva appeared on the first season of Before the 90 Days, returned for the second season, and then came back again for the third and fourth seasons with a different partner.

Darcey was a bit marriage-obsessed (and some might say desperate) and unlucky in love- neither of the two relationships featured on Before the 90 Days worked out.

But Darcey’s antics caught viewers’ attention, and she earned her own spinoff along with her twin sister Stacey. Darcey and Stacey premiered in August and hasn’t yet finished its first season.

It’s a bit hard to judge since the show is so new, but so far, Darcey has brought the drama that made her a fan favorite.

Like Darcey, Stacey has a thing for foreign men, so viewers get two international couples in one show. 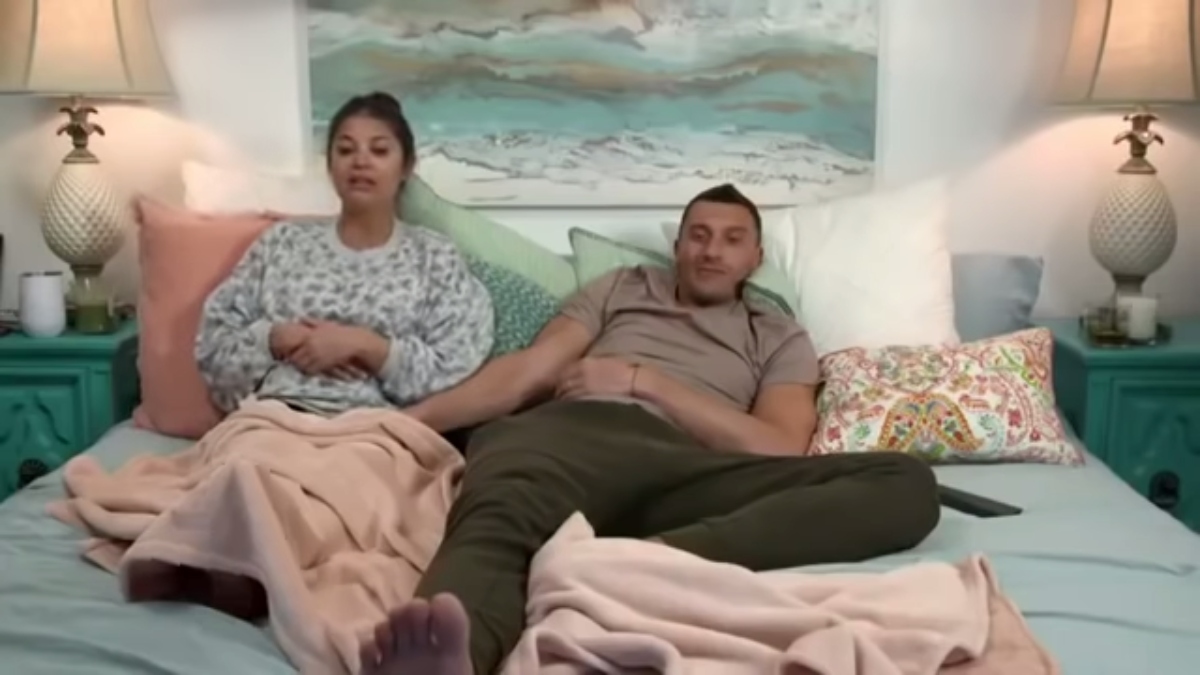 Pillow Talk is what B90/HEA Strikes Back wants to be.

The series shows cast members from past 90 Day Fiance seasons reacting to the most recent season. The cast comes up with some good one-liners, and it’s fun to see past stars judge the cast like viewers do at home (albeit with much less self-awareness).

The Pillow Talk cast rotates often, so viewers get to see many different perspectives. The show has also spawned some great memes- Annie Suwan’s “Oh my Buddha!” and Elizabeth Potthasts’ “I can tote it, I just need your egg” rap are among the most memorable. 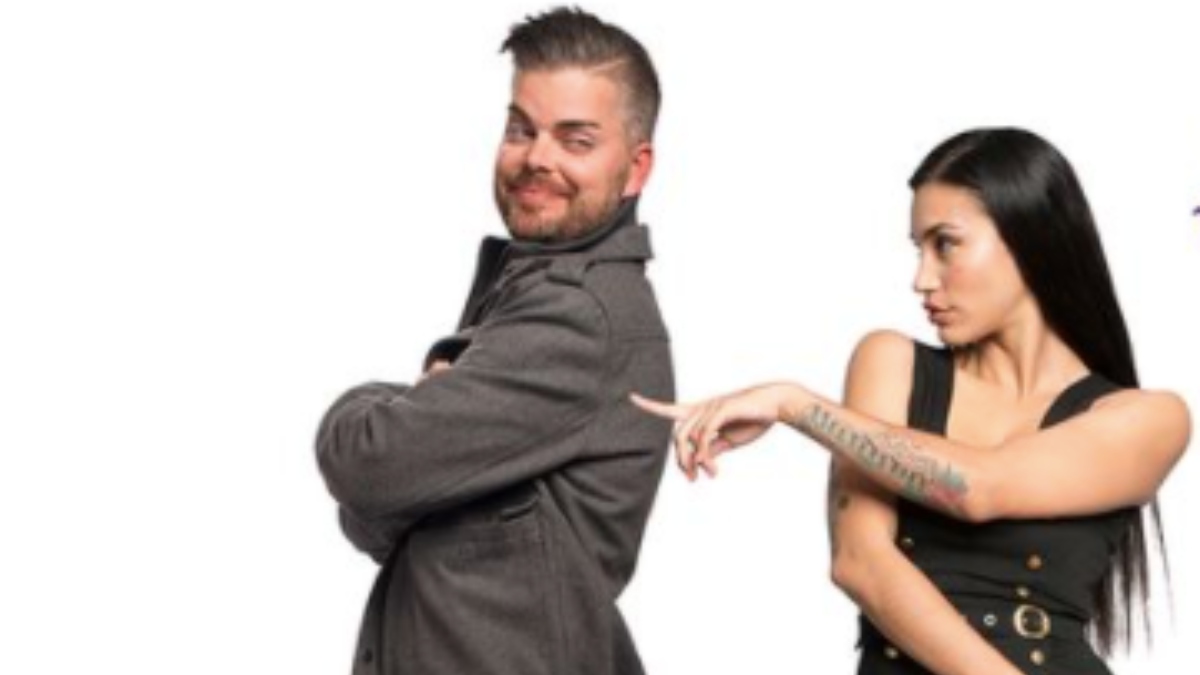 Before the 90 Days, also known as B90, has all the ingredients that made the original 90 Day Fiance series a hit: oddly-matched couples, crazy characters, and tons of drama.

While 90 Day Fiance profiles couples who have secured a K1 visa, Before the 90 Days follows couples who have not yet been approved for it. The couples are all in long-distance relationships and most are meeting in person for the very first time.

B90 has brought us some of the most memorable, quotable, and interesting stars in 90 Day history; Angela Deem, Darcey Silva, and Paul Staehle were all introduced on Before the 90 Days, and all have starred on other spinoffs since then.

Before the 90 Days was also the first show in the franchise to feature a same-sex couple, Season 4’s Stephanie Matto and Erika Owens. Stephanie and Erika’s relationship fell apart almost immediately, but their appearance on the show was groundbreaking.

B90 offers viewers something of a prequel to the main series and the fact that the relationships are new means that there’s much more awkwardness and drama- which makes for fabulous TV. 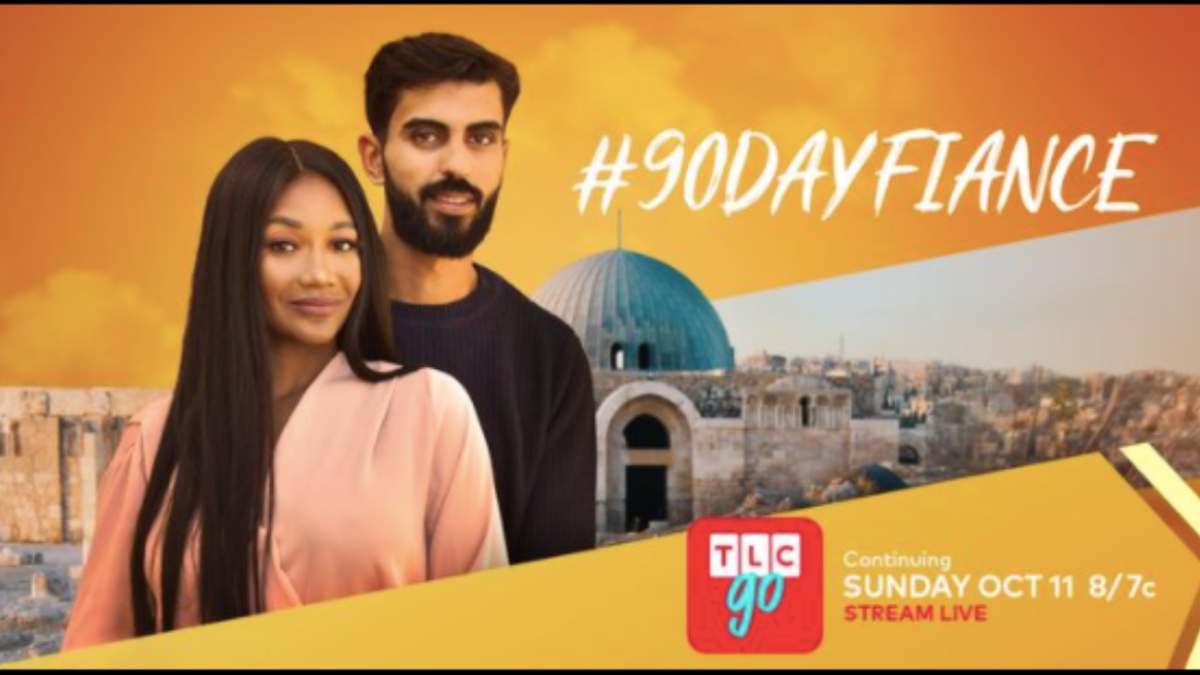 The Other Way is a fairly logical twist to 90 Day Fiance- instead of profiling foreigners moving to the US, The Other Way follows Americans as they move abroad for love.

The culture shock is real with The Other Way, and after years of watching immigrants experience the US for the first time, viewers finally got a sense of what the stars of 90 Day Fiance felt during such a huge change.

The drama is still the same, but it often seems that the stakes are higher for couples on The Other Way. Thus far, no American on the series has been fluent in the language of the country they’re moving to, so the change is all the more difficult.

Both of the two seasons of The Other Way have included women who are pregnant and moving abroad, so the added stress of impending parenthood has made for fascinating television.

We’re now in the middle of the second season of The Other Way, and it’s proving to be one of the best spinoffs in the franchise. 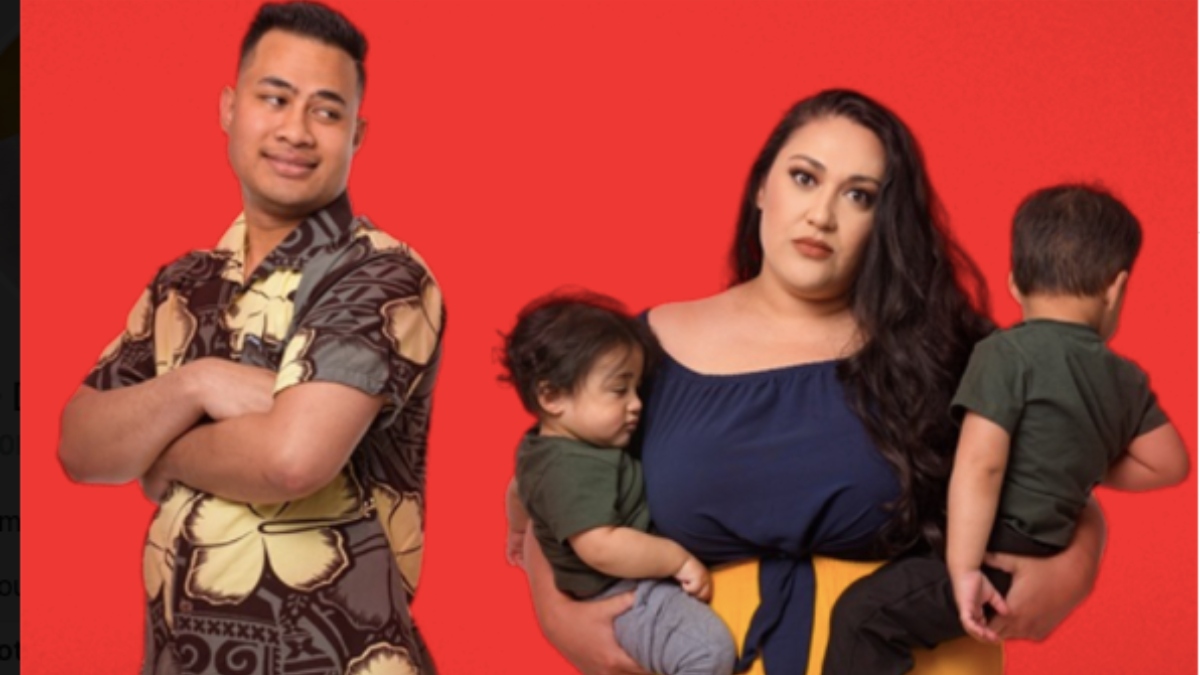 Happily Ever After? follows couples who appeared on 90 Day Fiance after they’ve tied the knot. Many viewers fall in love with certain cast members, and Happily Ever After? gives fans the opportunity to keep up with couples from past seasons.

Since everyone on Happily Ever After appeared on a different show first, producers are able to pick only the most interesting, wacky, or beloved stars.

All the most talked-about cast members- Angela & Michael, Jorge & Anfisa, Nicole & Azan, Danielle & Mohammed, and more- have appeared on Happily Ever After, making this spinoff a must-watch for every die-hard 90 Day Fiance fan.

EXCLUSIVE; The lawsuit filed by the Estate of Judith Dim Evans, a Holocaust survivor depicted in the satire Borat Subsequent