Home » TV & Movies » After dramatic 90 Day Fiance: The Other Way episode with Jenny, Sumit says his parents will 'never turn their back' 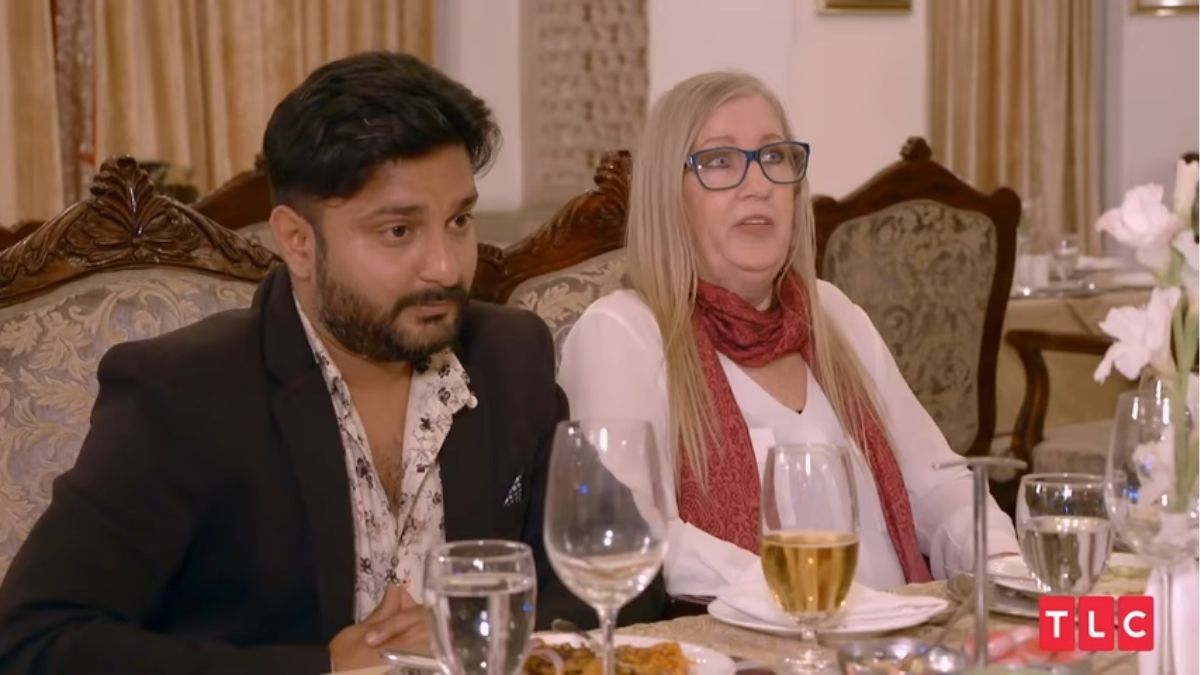 90 Day Fiance: The Other Way star, Sumit Singh, has fought hard for his love with Jenny Slatten.

The return episode of the show featured a tense argument between Sumit and his parents, who have been against his relationship with Jenny from the beginning.

Sumit says that he loves his parents, and they love him too

“I can see that they truly love you. I’m glad you stood your ground,” the comment continued. “(At) the end, it’s your choice.”

In response, Sumit confirmed that he believed that his parents would stand by him, no matter what his decision may be. 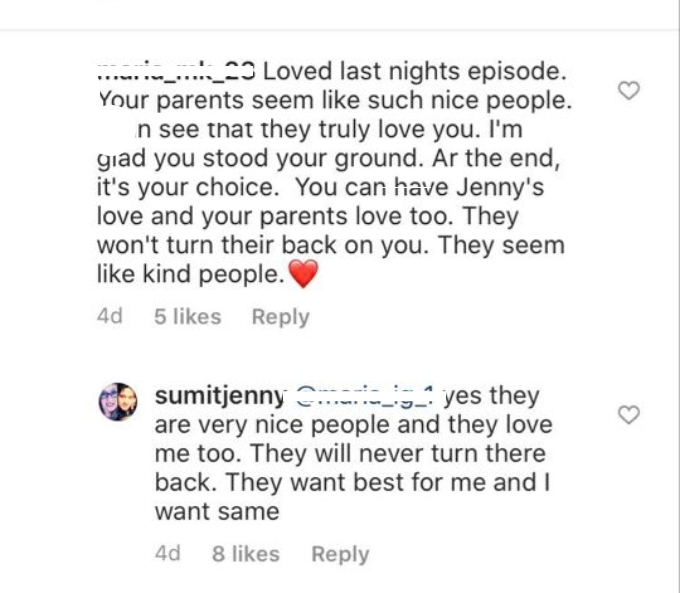 “Yes they are very nice people and they love me too,” he said. “They will never turn (their) back. They want best for me and I want same.”

In the latest episode of the show, Sumit sat down with his parents in an attempt to convince them not to make him choose between his love for them and his love for Jenny.

Sumit’s father, Anil, pointed out that his relationship with Jenny is odd, given their extreme age gap of over 30 years.

“You are only concerned about your happiness,” said Sumit’s mother, Sahna. “What about your parents’ happiness?”

“I got married thinking of your happiness,” Sumit says. “I listened to you and went through with an arranged marriage. You thought it would be a good idea, but it wasn’t.”

When fans first met Sumit and Jenny, they were exploring the possibility of her moving to India permanently.

It was on that trip that Jenny learned Sumit was keeping a huge secret from her. He was already married.

She learned this when both Sumit’s family and the family of his current wife showed up at their apartment door to bring him home.

It was devastating for Jenny. However, she agreed that if Sumit filed for divorce, and proved that he had done so, she would give him another chance.

This divorce came at a steep price and Sumit and his parents were required to pay in order to file the papers.

Sumit tells his parents that this arranged marriage made him suicidal

Sumit’s parents admit that it was a mistake to arrange his marriage.

“The mistake was mine,” said Anil. “I tried to make him marry.”

But admitting that mistake didn’t mean that Anil was on board with Sumit’s relationship with Jenny.

“But separating from the bad marriage, and having relation with a lady more than double of his age – it’s a different thing,” he said.

Sumit then confided in his parents, telling them that the marriage took a toll on his mental health.

He says that they were too concerned about what society had to say about him and they ignored the pain he was in.

“Because of that, I was the one who was suffering,” he said as his mother began to cry.

“I told you three times that I wanted to commit suicide,” he continued.

It’s clear that Sumit loves his parents and they love him. At the end of the discussion, Anil said that he and Sumit’s mother, Sahna, would try their best to accept Sumit’s relationship with Jenny.