MichaelJessen and Juliana Custodio of TLC’s 90 Day Fiancé Season 7 hit itoff right away when they met on a yacht party in Croatia. 23-year-old Julianawas working as a model at the time. She and the 42-year-old Connecticut wine entrepreneurovercame their language barriers and age difference and had a whirlwind romancethat turned into an engagement.

Butafter Juliana arrived in the U.S. on a K-1 visa, things got a bit more complicatedfor the couple. Michael has two fairly young children, Maxand CeCe. His ex-wife, SarahJessen, suggested her ex get a prenuptial agreement to protect their assetsin the event of a divorce from Juliana.

After meeting with a mediator, Michael decided not to go through with it. On the Feb. 9 episode of 90 Day Fiancé, “Can I Get a Witness,” Sarah asked her ex for an explanation. 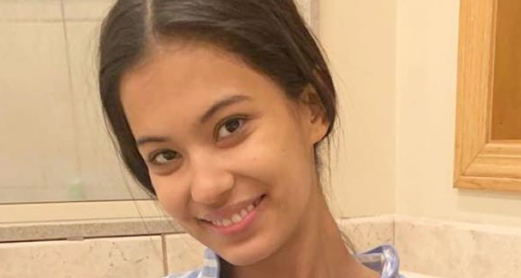 Michael said he was flying high since he and Juliana went from fiancé and fiancée to husband and wife. “My heart still flutters,” he gushed to 90 Day Fiancé producers. “I have such energy and positive emotions. It’s beautiful, it’s wonderful.”

When Sarah came over to drop off the kids, she sat down for a conversation with her ex about his promise to consider a prenup to protect their inheritance.

But first, they both raved about the wedding, which Sarah herself had officiated in a welcoming gesture for Juliana. “The wedding turned out great,” she began. “Gorgeous and perfect.”

“The service was amazing, thank you,” Michael replied. “That blew my mind.”

The happiest day of my life that I will never forget ✨? Photo: @joanna_fisher

Sarah wondered why Michael didn’t end up getting a prenup

Still, there were more uncomfortable topics to discuss.

Sarah wondered if Michael had drawn up an agreement with Juliana. “I know there was some talk about getting a prenuptial agreement?” she asked her 90 Day Fiancé ex. “Did you visit the mediator? How’d that work out?”

Her ex-husband looked a bit nervous as he admitted that he “decided not to do it.”

“Why did you decide not to get one?” Michael’s ex asked him.

“To be honest, it was a horrible experience,” the father of two replied, explaining that he didn’t want to hang a “dark cloud” over his relationship with his Brazilian wife before it even officially began. “Juliana was so upset…I believe in love, and I believe in this relationship.”

The 90 Day Fiancé star added that he was willing to accept some financial risk in the name of romance. “That’s not the way I want to live my life,” he explained. “Contracts when it comes to being married.”

However, he promised that Max and CeCe would never be left in the dust financially, no matter what.

While Michael might have expected Sarah to react negatively, she seemed to understand his decision, as well as Juliana’s reluctance to sign a prenup before the wedding.

“When Juliana met Mike, she probably felt like, ‘Okay, this is somebody I can rely on,’” Sarah told TLC producers. “But then she gets here, and a few weeks later, she’s in a lawyer’s office.”

Still, she wondered how Michael could be sure the kids would be protected in case anything did go wrong between Juliana and him.

“That’s more estate planning and setting things up so they’re okay,” the 90 Day Fiancé star assured her. “Life is dealing with unknowns. I’m not worried about that. The kids will be fine.”

While Sarah seemed a little apprehensive about Michael’s decision, she seemed to ultimately accept it. “I’ve always trusted that you take care of your family,” Sarah said, adding that she just had to trust in his wisdom now, too.