Back in the late 70s and early 80s, Family Feud host Richard Dawson was a fixture on daytime TV. His penchant for kissing every female contestant on the stage made him a TV legend. 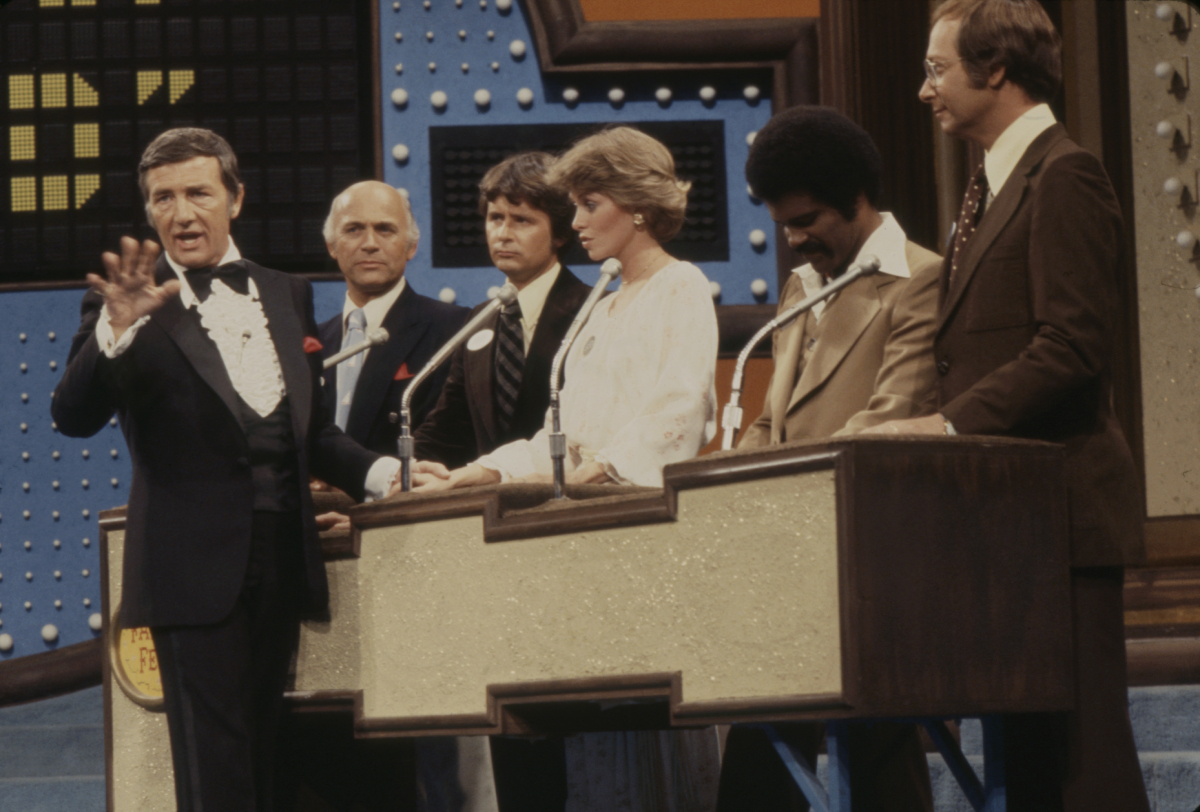 But Dawson’s kisses were for more than just luck. As it turns out, the beloved host was way ahead of his time.

Richard Dawson’s kisses started because of a nervous contestant

Long before Steve Harvey hosted Family Feud, Dawson put the show on the map. After appearing in Hogan’s Heroes as Corporal Peter Newkirk in the 1960s and as a panelist on Match Game in the early 70s, Dawson jumped at the chance to host his own game show.

Dawson began hosting Family Feud in 1976 and the show ran for nine seasons. After the series wrapped in 1985, Dawson returned for one season of the syndicated version in 1994. The charismatic Brit created the catchphrase “survey says” during his run. But he was mostly known for his kisses.

As Cheat Sheet has previously reported, an executive producer estimated that Dawson kissed “somewhere in the vicinity of 20,000 women” during his run on Family Feud. Before his death in 2012, Dawson told The Archive of American Television that his kissing ritual started because of a nervous contestant.

Dawson explained that he reached out to grab the contestant’s shaking hand and then kissed her on the cheek for good luck. The woman immediately relaxed and was able to provide a correct answer. Then, the next contestant asked for a kiss from Dawson. The rest is history.

In April 2020, people around the world were discovering classic shows like Dawson’s version of Family Feud for the first time when they were stuck at home at the start of the pandemic. According to Meaww, Dawson’s name started trending on Twitter in the middle of April because new viewers were shocked by his kisses.

The Twitter outrage began when an edited clip of Dawson kissing female contestants started circulating. Dawson’s kisses outraged some Twitter users because he had the audacity to kiss every female on the lips. What they didn’t realize was that it was a sweet gesture at the time.

“Finally, people are finding out that Richard Dawson was super creepy on Family Feud!” one user tweeted. Another added, “Yes, contestants would let Richard Dawson kiss them in the mouth all of the time, sooooooo nasty.”

Despite the outrage, many Twitter users came to Dawson’s defense.

“Woke up and Richard Dawson is trending? Because he kissed women on the mouth? The overly sensitive crowd needs to sit down. It was 40 years ago and he’s dead,” wrote one fan. Another quipped, “Richard Dawson could get any woman he wanted in the 70’s. He wasn’t getting his jollies by giving quick little pecks to women on Family Feud. They were platonic kisses and many of the women were much older women.”

Dawson had no problem with kissing the female contestants on Family Feud, but ABC wasn’t happy with the practice when it began. When the network told him to stop, Dawson refused. He then asked Family Feud viewers if he should stop, and the response was overwhelming. The audience made it clear that they loved the kisses.

During his final appearance on Family Feud in 1985, Dawson explained that he kissed the female contestants for “love and luck.” He also said it was important that he didn’t discriminate.

He went on to explain that the first time he saw people of color was on D-Day when soldiers left his hometown in England to free Europe from the war. Dawson recalled asking his mother if something was wrong. She told him that nothing was wrong and God makes people.

“You understand that, don’t you?” Dawson recalled his mother asking. “I said ‘Yes.’ She said, ‘Who makes a rainbow?’ I said, ‘God.’ She said, ‘I’d never presume to tell anyone who could make a rainbow what color to make children.’ And she changed my whole life with that statement.”

Pamela Anderson has married her bodyguard Dan Hayhurst, PEOPLE confirms. The Baywatch actress tied the knot on Christmas Eve in