Fun family viewing to get you in the Halloween spirit 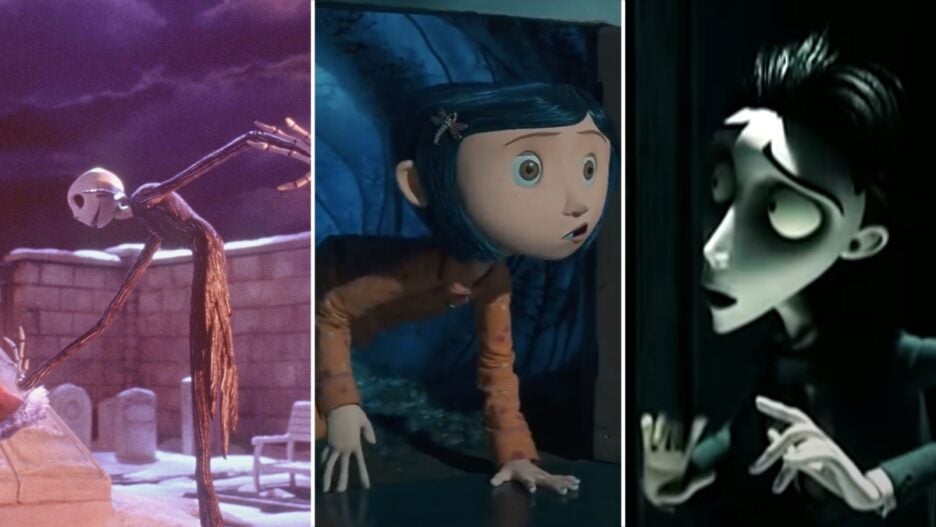 Need some suggestions for Halloween films to watch with the family? Look no further than our guide of new and classic live-action and animated treats (no tricks on our list).

“Twitches” (2005)
Twin witches separated at birth? Sounds like a classic plot with a Halloween twist. Tia Mowry-Hardrict and Tamera Mowry-Housley play the “Twitches” in this 2005 Disney Channel original movie. Their characters — Alex (Mowry-Hardrict) and Camryn (Mowry-Housley) — reunite on their 21st birthday just in time to use their powers to save those they love. Catch it now on Disney+.

“ParaNorman” (2012)
Laika, the Portland, Oregon, based stop-motion animation studio responsible for beloved, darkly-tinged family features like “Coraline” (see below), reached their peak with “ParaNorman.” This story follows an awkward kid named Norman (Kodi Smit-McPhee) who sees ghosts and uses his abilities to help save his small Massachusetts town from the threat of the undead and a very unhappy witch. A true Halloween treat you can watch on Netflix right now.

“Monster House” (2006)
Produced by Robert Zemeckis (and his ImageWorks Digital team) during the peak of his motion-capture animation phase, “Monster House” is exactly what the title suggests — a family-friendly horror comedy with that Amblin edge (and Steven Spielberg as producer). With a winning design aesthetic (the setting appears to be somewhere between 1953 and 1983), wonderful performances (including Maggie Gyllenhaal as an uppity babysitter) and a genuinely creepy-cool concept, “Monster House” deserves more love than it gets. It’s available to watch on Netflix.

“Coraline” (2009)
Intoxicatingly creepy and visually stunning, “Coraline” cemented Laika as one of the most exciting studios working in animation today. Adapted from Neil Gaiman’s 2002 novella, “Coraline,” plunges into familiar horror when our titular heroine discovers a portal to a parallel universe, complete with “Other” parents, friends and neighbors — all of whom have buttons for eyes. As she gets pulled further and further into the Other World, Coraline learns that in order to stay there she’ll have to pay a steep price. “Coraline” is the rare, super-hyped film that deserves all of its buttons — err, stripes. Rent it on Vudu, Google Play, Amazon Prime Video, or another service.

“The Black Cauldron” (1985)
Wildly over-budget and creatively underdeveloped, “The Black Cauldron” nearly brought down Walt Disney feature animation. When new management took over the company, they found the movie too dark and scary and demanded several minutes be cut from the film. Even without those moments, “The Black Cauldron” packs a malevolent punch and the villainous Horned King (voiced with velvety menace by John Hurt) remains one of Disney’s most underrated baddies. It’s available on Disney+.

“Coco” (2017)
Not technically a Halloween movie, Pixar’s “Coco” explores the Day of the Dead, which is celebrated one day later on November 1. “Coco” is full of singing skeletons and colorful creatures (what can we do to get our own alebrije?). Even with a “Back to the Future”-style plot about the power of memory and the appearance of a murderous singer, it never gets too bleak or scary. That’s music to our ears. Watch it on Disney+.

“Corpse Bride” (2005)
A spooky romantic comedy unfolds in this Tim Burton stop-motion animation classic as Victor Van Dort (the voice of Johnny Depp), a shy young groom, practices his vows unknowingly at the burial site of a dead woman named Emily (Helena Bonham Carter). She awakens at the sound of him — and assumes he’s her husband, pulling him down to the Land of the Dead. Victor, though, is actually betrothed to Victoria Everglot (Emily Watson) in the real world, and if he can’t escape the Land of the Dead, she’ll be forced to marry the villainous Barkis Bittern (Richard E. Grant). Stream it now on HBO Max.

“Frankenweenie” (2012)
Based on a live-action short film Tim Burton made during his days as a Disney animator, “Frankenweenie” was reimagined years later as a feature-length black-and-white stop-motion animated film. Talk about a resurrection. This is one of Burton’s more recent bests, full of the kind of imagination and clever design that made him a household name in the first place. The film really comes to life in the third act, which features even more creatures and a strong emotional gut punch that will resonate with anyone who has loved (and lost) a pet. Stream it on Disney+.

“Wallace and Gromit: The Curse of the Were-Rabbit” (2005)
We have Aardman Animations to thank for some of cinema’s best claymations — think “Chicken Run” and “Shaun the Sheep” — and Wallace and Gromit is their crowning jewel. The whimsical odd couple of one bald inventor and his dog finally got the big screen treatment with 2005’s “Curse of the Were-Rabbit.” The Oscar-winning tale of a giant rabbit terrorizing their town’s annual vegetable competition abounds in dry wit and clever sight gags. It’s a brilliant satire of monster movies that alternates between heart wrenching and hare-raising (sorry) moments. It’s a Halloween classic worth rewatching every year. Rent it on Amazon Prime Video.

“The Addams Family” (1991) & (2019, 2021)
Christina Ricci stars as Wednesday Addams, along with Raul Julia as Gomez, Anjelica Huston as Morticia, and Christopher Lloyd as Uncle Fester in the live-action 1991 classic. If your own family prefers animation, the 2019 installment (same name), featuring the vocal talents of Charlize Theron, Oscar Isaac, and Snoop Dogg to name a few, fits the bill. The animated version follows the fam as they face off with TV host Margaux Needler, who wants them gone so she can create her dream community. Stream it on Hulu, Paramout+, Epix and DIRECTV.

“Addams Family 2,” its 2021 sequel, is available now through on-demand retailers, including Amazon, Redbox, AMC Theaters On Demand, and more. And, catch the original by renting or purchasing it from Google Play, Vudu, Amazon Instant Video or iTunes.

“The Adventures of Ichabod and Mr. Toad: Sleepy Hollow” (1949)
Only half of the “The Adventures of Ichabod and Mr. Toad” is truly applicable to Halloween (unless you find Mr. Toad very creepy), but my, what a half! Narrated, sung and largely performed by Bing Crosby, “The Legend of Sleepy Hollow” follows sheepish schoolteacher Ichabod Crane as he is confronted by the pumpkin-throwing headless horseman. There’s a reason this is the definitive version of the classic Washington Irving story. Rent it on Vudu or another service of your choice.

“The Nightmare Before Christmas” (1993)
Halloween and Christmas merge in this 1993 Tim Burton classic. Jack Skellington (voiced by Chris Sarandon, with Danny Elfman handling music numbers), a celebrity of his town because of his love for Halloween, discovers Christmas in this heartwarming yet occasionally dark film. The stop-motion animation is equal parts cute and creepy. It’s a must-see Burton film, featuring “Schitt’s Creek” star Catherine O’Hara as the voice of Sally. You can find it on AMC+, Disney+ or Amazon Prime.