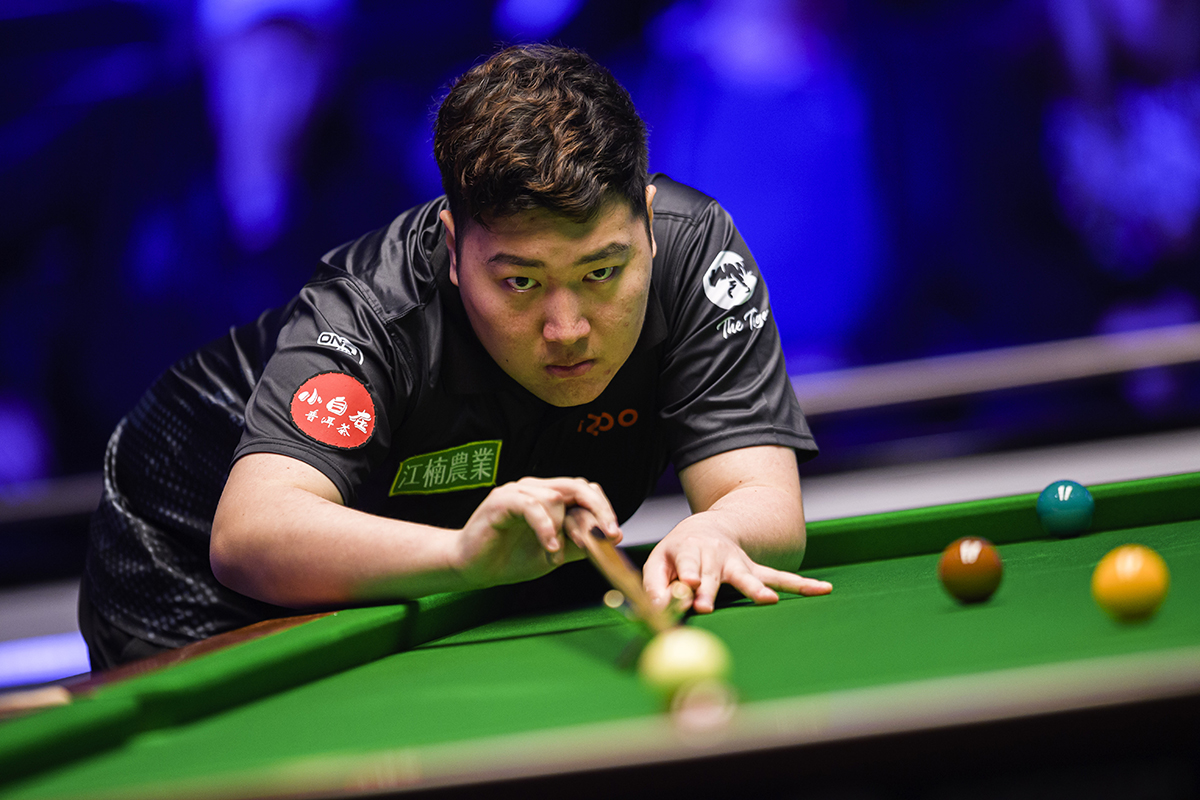 Yan Bingtao disposed of Mark Selby and Shaun Murphy on Wednesday at the Champion of Champions and now wants a crack at Ronnie O’Sullivan in the semi-finals.

The 21-year-old beat Murphy 4-1 in his opening contest before downing the world champion and world number one 6-3 in the quarter-finals, making a tournament high break of 140 in the process.

The Masters champion is already a contender for every tournament he enters but is becoming an ever more consistent force at the very top of the game.

He now fancies a crack at the biggest name in the sport, having already beaten the Rocket once this season at the Northern Ireland Open.

‘[I feel] Very good, very surprised with victory tonight,’ Yan said after seeing off the Jester from Leicester. ‘Every time I play Mark Selby it will be a very difficult match because he has very good safety and very good control. Big heart, strong heart, but tonight I played well.

‘At 4-2 up he had a break of 130 to get back to 4-3, very big pressure, I just think to play because I hadn’t finished the match, just ready for concentration on next the ball.’

On the potential of facing O’Sullivan, John Higgins, Ding Junhui or Stuart Bingham in his next match, Yan said: ‘I think it’s okay, I don’t care, I just enjoy the match, but I think I want to and I’d like to play Ronnie in the semi-final.

O’Sullivan plays Bingham first on Thursday with the winner taking on the winner of Higgins and Ding, so there is plenty of work to do before a potential Tiger vs Rocket semi-final.

Yan may only be 21 but he has an incredible amount of experience for that age, given he burst on the scene so young, winning the World Amateur Championship at just 14 and the World Cup at 15.

That World Cup win brought him to the UK for the first team, where he met Shaun Murphy in the first round of the Champion of Champions and he remembers fondly beating the Magician six years ago.

‘First time I played a tournament in the UK was in Champion of Champions in 2015, first match was against Shaun Murphy, I won 4-2,’ he told Live Snooker.

‘Six years, I’ve played Shaun so many times before, he played very good [on Wednesday], but I played good.’

Into his second semi-final of the season already, after Northern Ireland, Yan puts his form – and great success in general – down to his work ethic and iron will.

‘I work hard every day, morning and night,’ he said. ‘Strong heart, never give up.’