ROMAN REIGNS finished SmackDown with Xavier Woods' crown on his head after launching a vicious assault with The Usos.

Woods looked close to a shock win over the the Universal Champion until Jimmy and Jey Uso intervened. 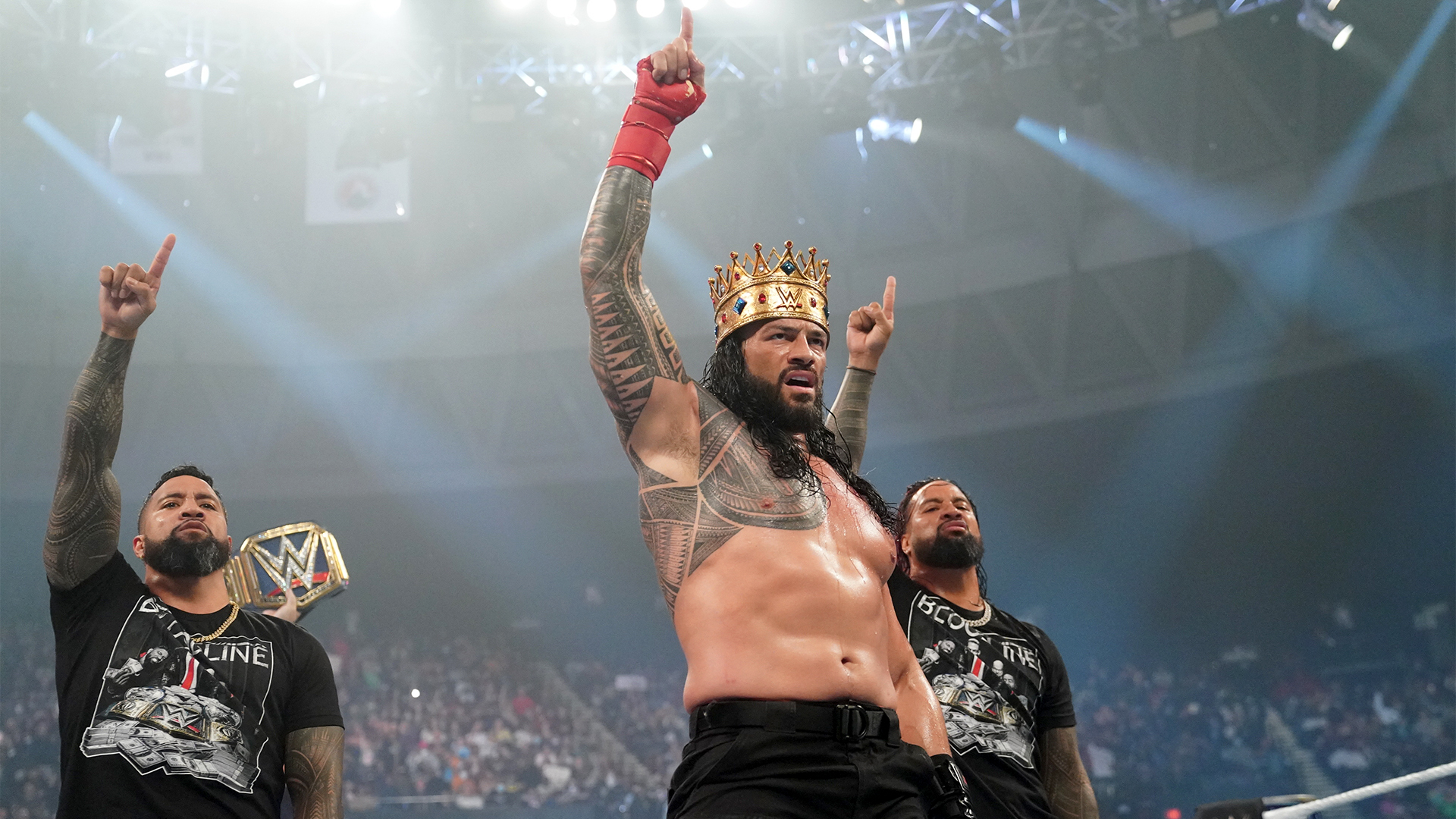 It caused a disqualification finish – meaning the belt did not change hands – and then Woods was taken out with steel steps.

He was crowned with the King of the Ring's crown before his advisor Paul Heyman lifted the Universal title aloft in the ring.

Big E – a former champion – has been with Woods and Kofi Kingston in the New Day group since 2014.

But Heyman goaded that he should walk out on the group, like Reigns did with The Shield.

He said on Eat Sleep Podcast Repeat: “I was very complimentary towards Big E, and I still am.

“Roman Reigns became such a megastar that The Shield could not contain Roman Reigns’ stardom any further and Big E needs to take that same approach regarding King Woods, and Kofi Kingston, and The New Day.”

Reigns debuted in the WWE alongside Dean Ambrose and Seth Rollins in 2012, initially to protect then-champ CM Punk – advised by Heyman at the time.

It means the WWE star and legendary manager have been associated with each other right from the get-go.

Heyman explained: "A lot of people may remember that The Shield, of which Roman Reigns was the dominant member, debuted in WWE at Survivor Series, 2012.

"Brought in by Paul Heyman to protect the WWE Title reign of the, then champion, CM Punk. CM Punk was associated with Paul Heyman at the time in the middle of a 434-day reign as WWE Champion."