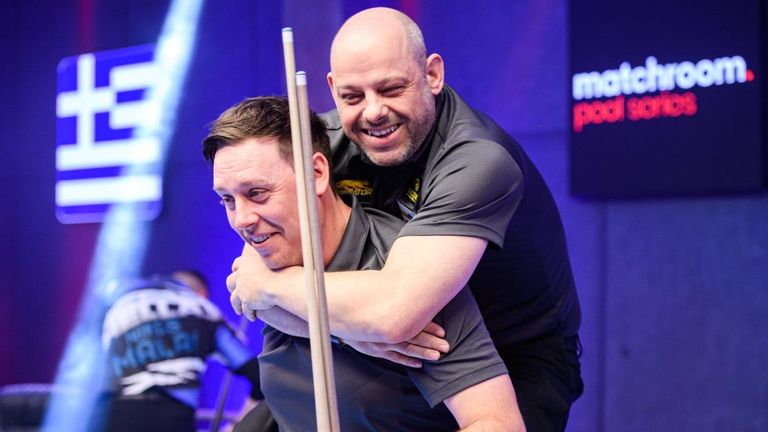 Britain’s Karl Boyes and Darren Appleton rolled back the years with an emphatic 9-1 victory over the Netherlands to advance to the semi-finals of the World Cup of Pool.

Boyes and Appleton, winners in 2014 when they beat the Netherlands in a dramatic final, were late call-ups to the event after Canada were unable to make it due to travel issues.

After beating South Africa and Greece, the pair originally called Great Britain ‘C’ were the only host nation team remaining.

“It is unbelievable,” said Boyes. “The deeper these events go, even though it’s been a long time, we have plenty of experience together and you can smell blood.

“We know how well the Dutch have played this week but it’s a quarter-final and they knew how much experience we had. Our game plan and the way we communicated, it was spot on.”

“Except for one rack, I’m absolutely over the moon with the way I played,” added Appleton. “I came into the match with no confidence but because Karl played so well yesterday, I knew I had to pull my weight.

“I am so happy to be here and even though he hasn’t played for four years, I couldn’t pick a better partner. We have perfect chemistry, we gel perfectly together, understand each other’s mind and each other’s game and that’s what it is about in doubles.” 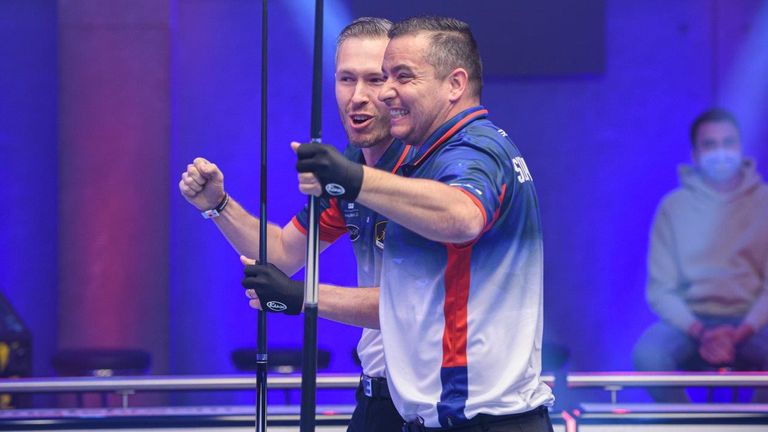 Britain will meet Slovakia’s Jakub Koniar and Jaroslav Polach on Friday afternoon after they turned around a 7-3 deficit to defeat the Japanese pairing of Naoyuki Oi and Masato Yoshioka 9-8.

Joshua Filler nailed the magical ‘golden break’ as he and partner Christoph Reintjes combined brilliantly to help Germany make it through to the last four with a 9-5 success against Denmark.

They will next face the winner of the match between Philippines and Estonia for a place in the final.

For those on the move, we will have the Snooker & Pool season covered via our website skysports.com/more-sports, our app for mobile devices, or our Twitter account @skysportspool for latest news and reports.