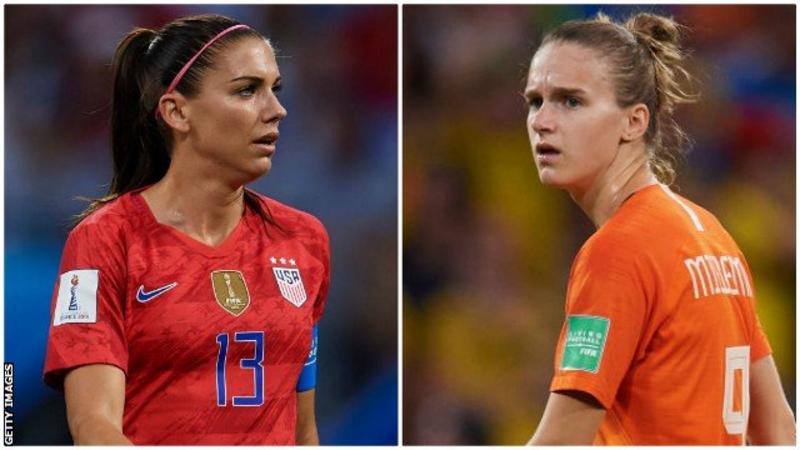 The USA will aim to lift the Women’s World Cup for a fourth time when they face the Netherlands in Sunday’s showdown in Lyon.

The defending champions face the reigning European champions in the final, and will attempt to become only the second nation to win back-to-back Women’s World Cup titles.

Germany are the only nation to have done so previously – in 2003 and 2007 – and the USA, who clinched the title in Canada four years ago, are favourites to match that feat.

In 2015, the United States went 4-0 up against Japan within 16 minutes before eventually winning a thrilling final 5-2. That was the most-watched football match in US television history.

This year in France, the three-time champions, who are Fifa’s top-ranked nation, have scored in the opening 12 minutes of every match so far, last doing so in their 2-1 victory over England in the semi-finals.

The Netherlands, meanwhile, reached their first final in only their second World Cup after Manchester United midfielder Jackie Groenen scored in extra-time to settle their cagey last-four tie with Sweden.

They are ranked eighth in the world by Fifa and this tournament comes two years after they triumphed at Euro 2017 on home soil. Sunday’s final at Lyon’s 59,000-capacity Groupama Stadium is a sell-out, according to Fifa.

The United States, who are in their record fifth Women’s World Cup final, have dominated the pre-match headlines for their actions both on and off the pitch.

Following Tuesday’s victory over England, top-scorer Alex Morgan was criticised for her tea-drinking celebration and she later said there were “double standards” for females in sport.

The Americans have also been described as “arrogant” in the press, but Netherlands head coach Sarina Wiegman was quick to reject that notion.

“I just think they have a lot of confidence, I think that is OK,” said Wiegman. “They have won a lot and are at the top level all the time and it is a little bit part of the culture. That is just the way it is.”

USA captain Megan Rapinoe said there was a “certain lightness” about their approach which some misinterpret as “aloofness”.

Rapinoe, who has been outspoken about the fact she would refuse an invitation from Donald Trump to attend the White House, added that she did not think women’s football got enough respect from Fifa.

The final in Lyon takes place on the same day as the Copa America and Gold Cup finals – the latter featuring the USA’s men – and Rapinoe said it was a “terrible idea to put everything on the same day”.

“So no, I don’t think that we feel the same level of respect, certainly that Fifa has for the men and just in general.”

Martens a doubt for the Netherlands 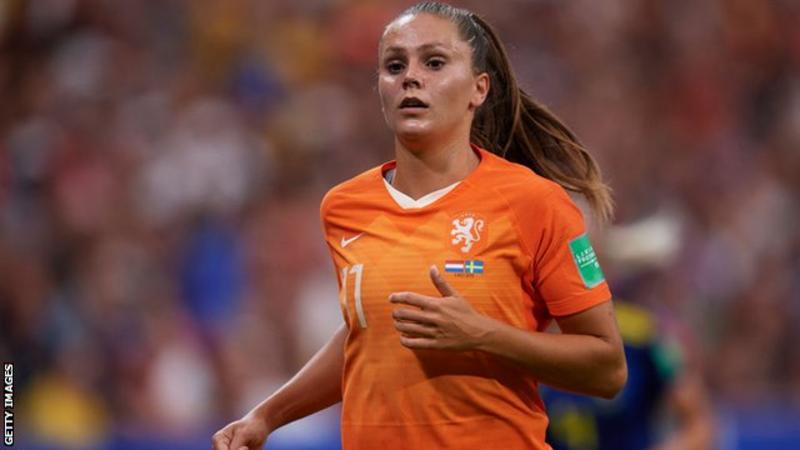 Barcelona winger Lieke Martens, who picked up the Golden Ball award when the Netherlands won Euro 2017, is a doubt for the Dutch for the final.

Martens was taken off at half-time during their semi-final win over Sweden, suffering from continued pain in a toe injury, and has missed training this week.

She picked up the injury during a goal celebration in the last-16 win over Japan.

“She is preparing for the game. We are not sure if she can start, but we are working on it,” said Wiegman. “We don’t know the outcome yet so we will decide on Sunday morning.”

Rapinoe is expected to be fit for the USA despite missing the victory over England with a hamstring problem.

Morgan, who is on course to win the Golden Boot because of her three assists, now faces competition from team-mate Rapinoe, who has a tally of five.

Should Morgan score in Sunday’s final, she will become just the third player to net seven goals in a single Women’s World Cup (after Brazil’s Marta and USA’s Michelle Akers).

Five of Morgan’s goals came in the 13-0 thrashing of Thailand in the group stage, while Rapinoe scored twice in their quarter-final win over France.

The best of the stats