SO Ed Woodward has apparently mulled over a substantial list of candidates to oversee Manchester United’s player recruitment.

And after sifting through a stellar line-up of experienced sporting directors and well-respected former United players, he has arrived at one name – Ed Woodward. 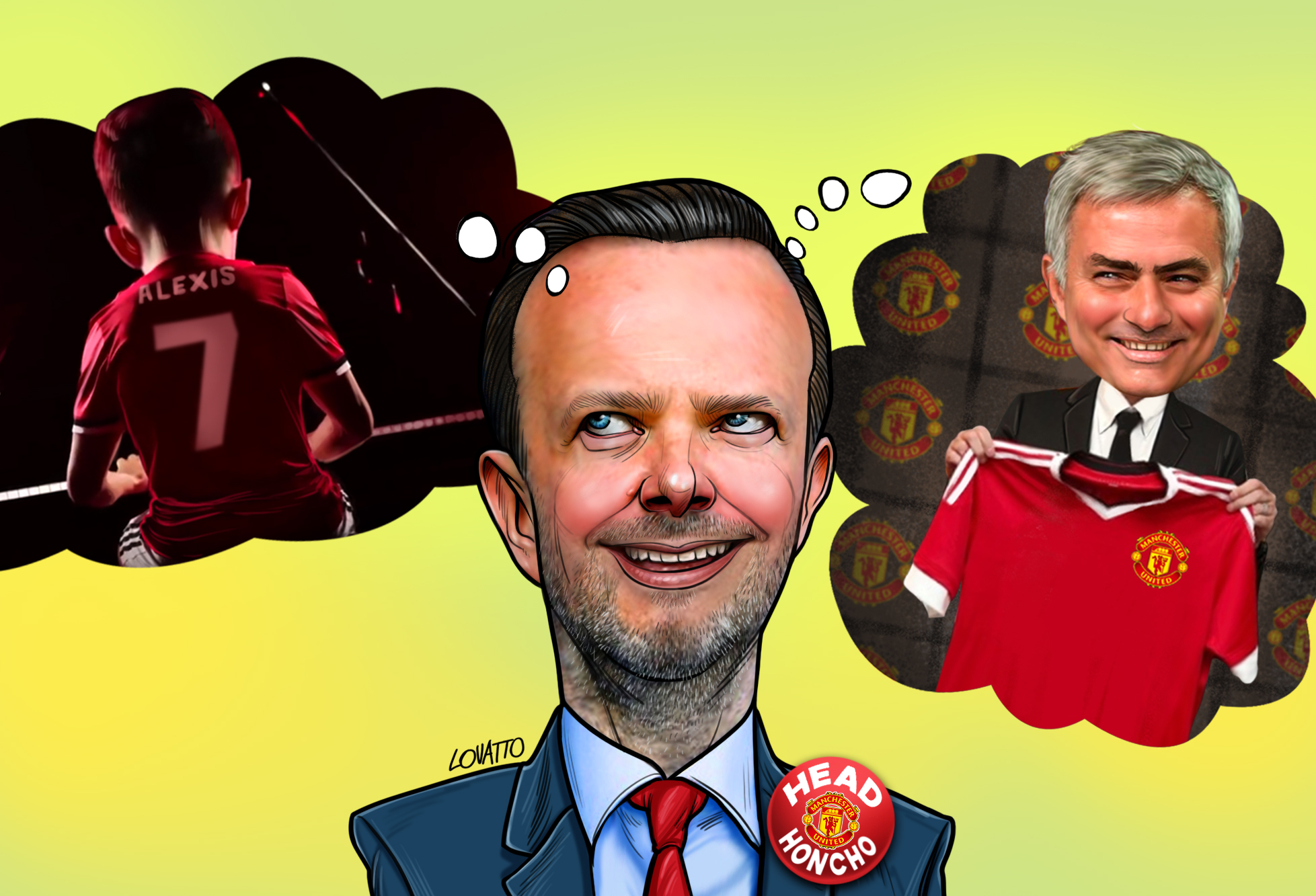 In the five years since he took over from David Gill, just as Sir Alex Ferguson headed off into retirement, Woodward has overseen a transfer policy which has verged on unmitigated disaster.

Agents often refer to the ‘Woodward deadwood’ – players recruited in haste, leaving United to repent at leisure as they try to off-load those who’ve failed to do the business at Old Trafford.

And it is not as if Woodward is improving as he goes along. United’s post-Ferguson recruitment – never impressive – is actually getting worse.

Last year United signed Alexis Sanchez, who earns north of £450,000 per week and has bombed spectacularly since he was unveiled as a concert pianist in one of the most overblown social-media shockers of all time.

Then came the often-overlooked midfielder Fred, signed for a pretty staggering £52million and looking remarkably unfit for purpose throughout last season.

If those two recent acquisitions have proved the least value for money of all, then there have been plenty more over-priced players who have flopped, either relatively or absolutely.

And Paul Pogba, recruited for an erstwhile world-record of £89m, has proved a divisive figure – his on-field performances patchy at best.

Woodward signed off all of these deals and you would imagine that a man with self-awareness would be able to review all this botched business and recognise what everyone else in the football industry seems agreed upon.

That United need a world-class sporting director to drag the club into the modern era.

There have been no shortage of candidates who’d have been tempted by the role – from Sevilla’s well-regarded Monchi to former Tottenham fixer Paul Mitchell to ex-players such as Edwin Van der Sar, Rio Ferdinand and Darren Fletcher.

Yet Woodward, whose commercial successes suggests a sharp mind, has somehow dismissed all logic and decided against bringing in a football man to head up United’s transfer business.

DANIEL JAMES A CHANGE OF STRATEGY?

United’s first signing of the summer – that of lightning-fast Swansea winger Daniel James – is an encouraging one in many ways.

Whether or not James ends up proving himself as an absolute top-class performer, his is a relatively low-key purchase made with a long-term view – the polar opposite to most of United’s post-Ferguson buys.

Admirably, Ole Gunnar Solskjaer wants to go down this route – even though, for his own job prospects, he will need results pretty swiftly next season, following a terrible end to the last campaign.

Meanwhile, United continue to be linked with all and sundry – they have become a money option for players just below world-class, a slight upgrade on the Chinese Super League, rather than a club which the very best want to join for footballing reasons.

At the centre of all of United’s business must be the question of whether Pogba stays or goes – and Solskjaer is believed to favour keeping the France World Cup winner, while his agent Mino Raiola, who has had a worldwide ban suspended, will surely want the opposite.

The truth is that United’s squad is such a mess after going through four managers in six years that not even the most experienced of sporting directors would have found it easy to rebuild from here.

But failing even to make such an appointment, with Woodward continuing to hold sway over the football side of the club, suggests United will continue to drift for some time to come.