ASTON VILLA and their supporters were furious when they were denied a goal against Leicester City this afternoon.

Foxes keeper Kasper Schmeichel attempted to gather the loose ball from a header as the home side’s Jacob Ramsey also connected and rifled home from close-range. 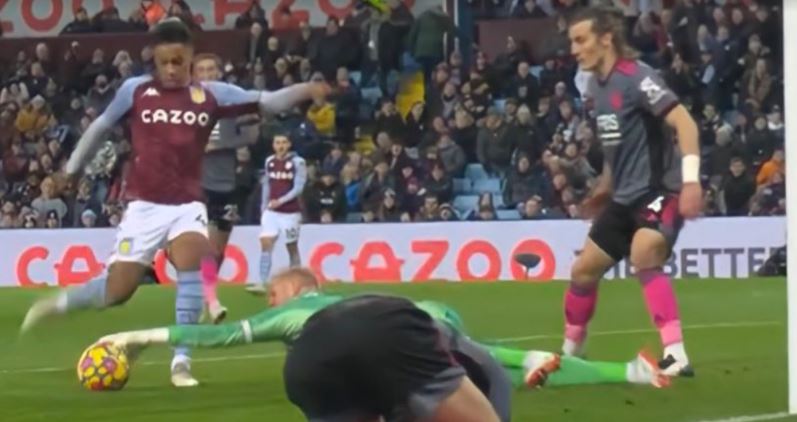 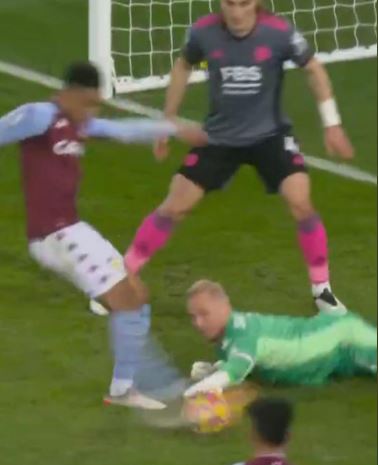 But Villa’s celebrations were soon cut short as VAR intervened.

As replays showed, City’s keeper had a hand on the ball when Ramsey made contact.

After a video check, it was then determined that the Villa star had committed a foul on Schmeichel.

The decision left both supporters, players and viewers at home confused – but according to Law 12 of the Laws of the Game it was correct.

Schmeichel did have his hand on the ball while it was on the ground but did not appear to have it under control.

But that did not matter as Law 12 makes no reference to whether it looks like the goalkeeper is in control of the ball.

Replays on Sky Sports then revealed that Schmeichel had the ball for one-twelfth of a second.

Fortunately for Villa it mattered little as Ezri Konsa grabbed his second of the game to seal a 2-1 win for Steven Gerrard’s side.