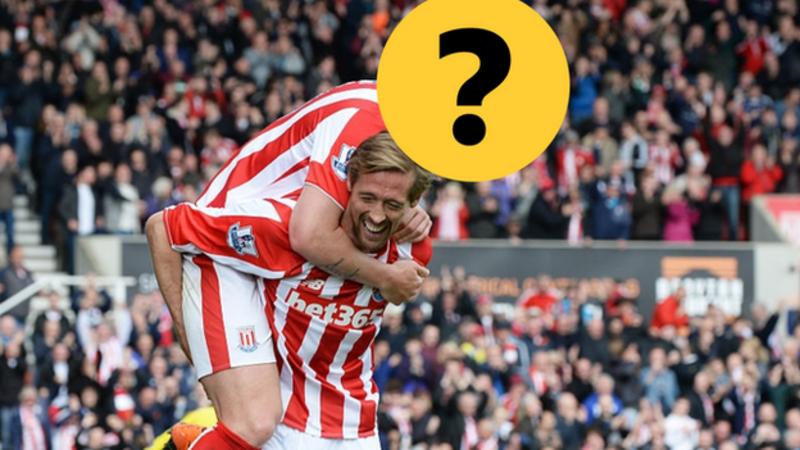 It’s football’s best-kept secret, a whodunnit for the ages, the question on everybody’s lips.

But just who is Parched, the player often seen cosying up to coaching staff?

That is the mystery that has been puzzling That Peter Crouch Podcast listeners for months.

“This is bigger than ‘Who Shot Phil?’ in Eastenders,” said Peter Crouch, the man who holds the answer to the great mystery, and a former team-mate of Parched.

“We decided to call him Parched because during pre-season training it was intense – after you’d done your running or your training you’d go for a drink.

“We’d look over and Parched would be sitting with the coaching staff!”

“Everywhere I go have people throwing guesses at me,” added Crouch. “I’ve had voicemail after voicemail of people asking me who Parched is.”

“Big man, it’s the gaffer, what’s doing my head in is the idea of who is Parched?” said Dyche. “Seriously big man, you have just got let us know, bruv, just tell us.”

“I think I have worked out who Parched is,” said the shot stopper-come-private detective.

“Even though he’s been mentioned, he’s never been ruled out. I think Parched is Michael Dawson!”

Others have also stepped forward to offer their own findings on potential Parched suspects.

Serge from Kasabian: “I’ve got it down to three – Robert Prosinecki, Dirk Kuyt or Ryan Shawcross. Is it one of these three, brother? I’m parched thinking about it, man!”

Former Manchester United and England defender Rio Ferdinand: “This geezer Parched, I have listened to a few people you have mentioned and Darren Fletcher has got to be in with a shout as the man we are looking for.”

Aston Villa goalkeeper Pepe Reina: “Yo, big man! Who Parched is? Is it Steve Finnan, is it?!”

Unfortunately, Crouch can confirm none of the above testimonies have cracked the Parched case.

Former Through the Keyhole host Loyd Grossman has been assigned to the case.

“Welcome to the house of Parched,” said Grossman. “As I enter, the first thing I notice is a big picture of animals in the wild – it indicates that this player is a buffalo with gazelle-like qualities, but most importantly likes to drink as often as a camel.

“If we go over here to Parched’s trophy cabinet, you’ll notice he’s won the same amount of major trophies as Crouchie. Who lives in a house like this?”

Think you have solved the mystery of who Parched is? Listen to That Peter Crouch Podcast to see if you have cracked it.