Home » Sport » What to Watch Saturday at the French Open 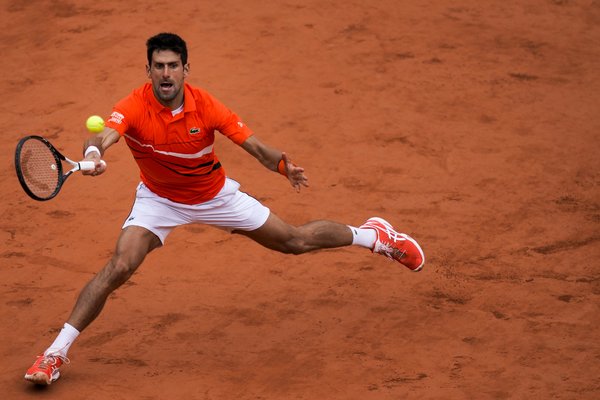 After an hour and 28 minutes in miserably blustery conditions, Novak Djokovic and Dominic Thiem’s semifinal match was suspended Friday evening with Thiem leading, 3-1, in the third set. The pair split the two opening sets. The winner will be significantly less rested for the final than Rafael Nadal, who beat Roger Federer in straight sets earlier Friday in somewhat less vexing wind.

The youngest Grand Slam final in 11 years matches Ashleigh Barty, 23, against Marketa Vondrousova, 19, for the French Open title. The two players have old-school games that should please tennis purists: Barty, the No. 8 seed, has a wicked slice backhand, and the unseeded Vondrousova has a penchant for dastardly drop shots.

Both won topsy-turvy semifinals on Friday, but Barty may have a slight advantage in this final because she has played on Chatrier before. Vondrousova’s only experience in the stadium, she said, was cheering on her Czech countrywoman Lucie Safarova as she lost to Serena Williams in the 2015 final.

Three weeks ago, Kevin Krawietz and his partner, Andreas Mies, beat the men’s doubles team of Fabrice Martin and Andre Begemann in the final of the Challenger event in Heilbronn, Germany. On Saturday, three of those four will reunite in the French Open final.

Martin teamed with Jérémy Chardy here for a run through a men’s doubles draw that has been full of surprises. Both teams are unseeded, but Krawietz and Mies distinguished themselves by building a soccer-style human wall in their third-round win over the fourth-seeded team of Oliver Marach and Mate Pavic.

As they did in Melbourne in January, Dylan Alcott and David Wagner will play for the first title in the quad wheelchair division at Roland Garros. Alcott, who has become quite prominent in his native Australia, won the Australian Open final in straight sets.