EURO 2020 has bid farewell to Portugal hero Pepe – with Belgium just one team more than happy to see the back of the veteran centre-back.

Sunday's last-16 tie somewhat inevitably ended with the 38-year-old on a booking after he clattered into Thorgan Hazard in trademark style. 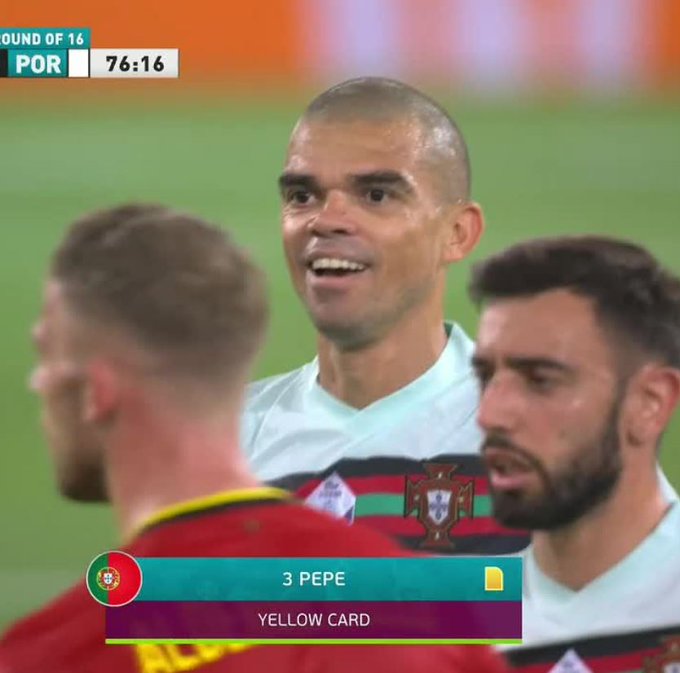 In the 77th minute, the former Real Madrid star wiped out Hazard and earned a yellow card for his troubles.

Fans revelled in his 's***house' tactics after TV cameras picked up his beaming smile moments later.

Twitter user Ed commented: "Pepe is the single greatest s***house in all of football. You simply have to admire his supreme levels of snide."

Jamie remarked: "Pepe 38 unreal and a classic s***house which I love."

Zak tweeted: "Pepe absolute s***house haha got to love him nailing Hazard after the whistle has went hahaha." 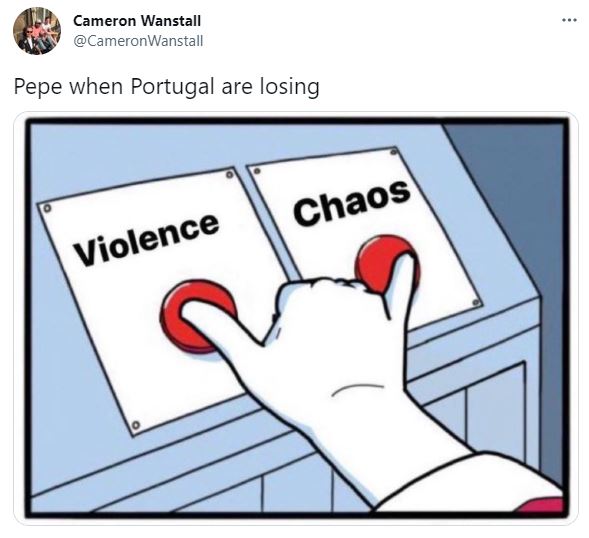 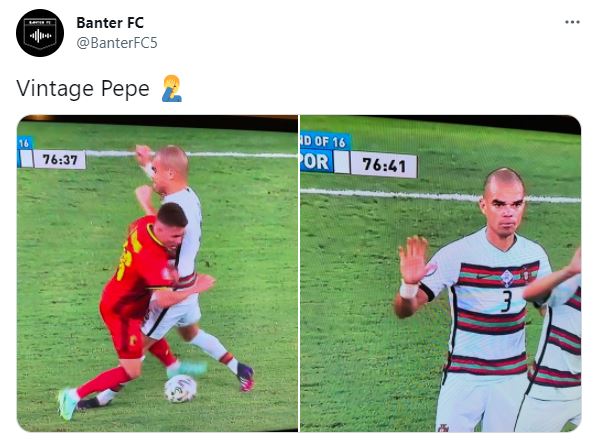 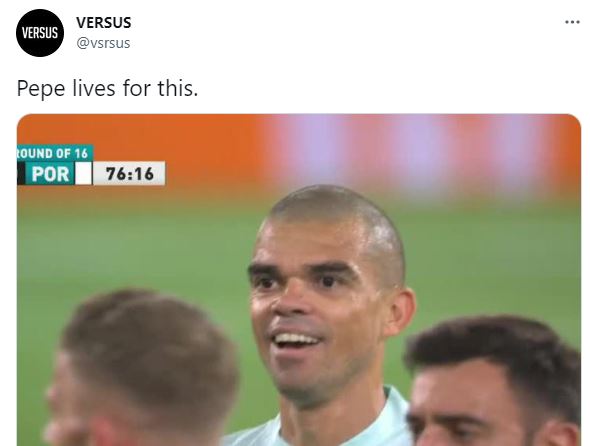 Somewhat amazingly, it was the only foul Pepe conceded and he won possession eight times – a tally only behind defensive partner Ruben Dias.

Porto star Pepe renewed his contract with the club until 2023 amid claims he could play until the age of 42.