MICHAEL CHANDLER celebrated his stunning UFC debut win by performing a somersault off the top of the octagon.

And the American capped off his appearance at UFC 257's co-main event by calling out Conor McGregor and Khabib Nurmagomedov. 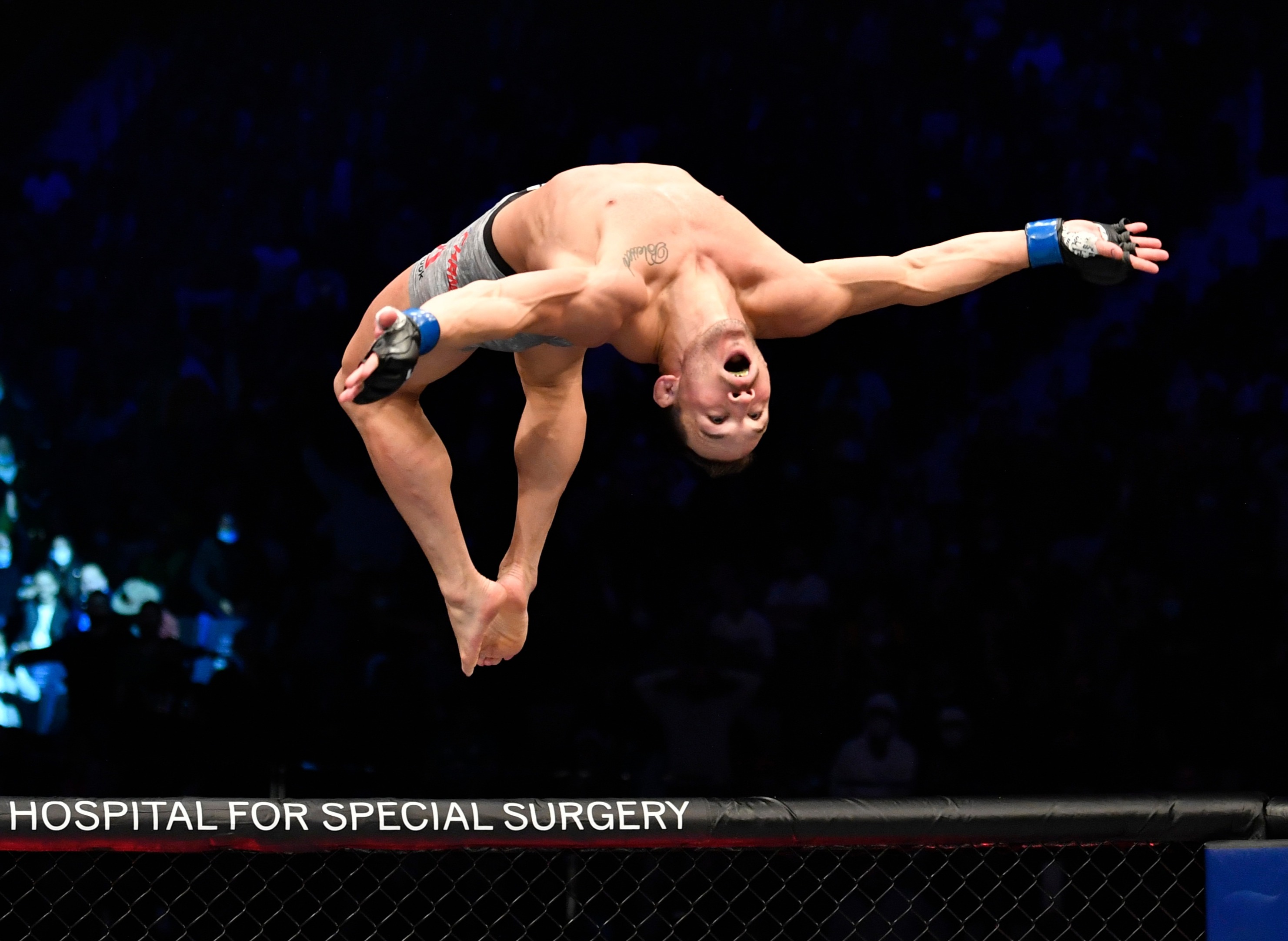 He capitalised on a huge left hook and Iron Michael didn't let up as he unleashed a barrage of blows to the head.

Referee Marc Goodard waved it off as the roof came off at the Etihad Arena.

Chandler celebrated by climbing up the fence as so many fighters do.

But rather than sitting on top, the three-time Bellator lightweight champion instead stood up and flung himself backwards down on to the canvas.

The 34-year-old took a bit of a stumble as he landed but smoothed it out with a rolling finish.

And then just seconds after his first fight in the UFC, he immediately set his eyes on the biggest names in the lightweight division.

Chandler said: "Every road has led me to this, I have pulled myself up by my boot straps, let's get this title soon.

"I have to get soemthing off my chest, this is the greatest moment in my professional life.

Khabib is the undefeated UFC lightweight champ but announced his retirement after his latest win – against Justin Gaethje in October – following the death of his father.

McGregor, meanwhile, suffered a shock defeat after the Chandler win as Poirier stunned the Irishman with a second-round knockout. 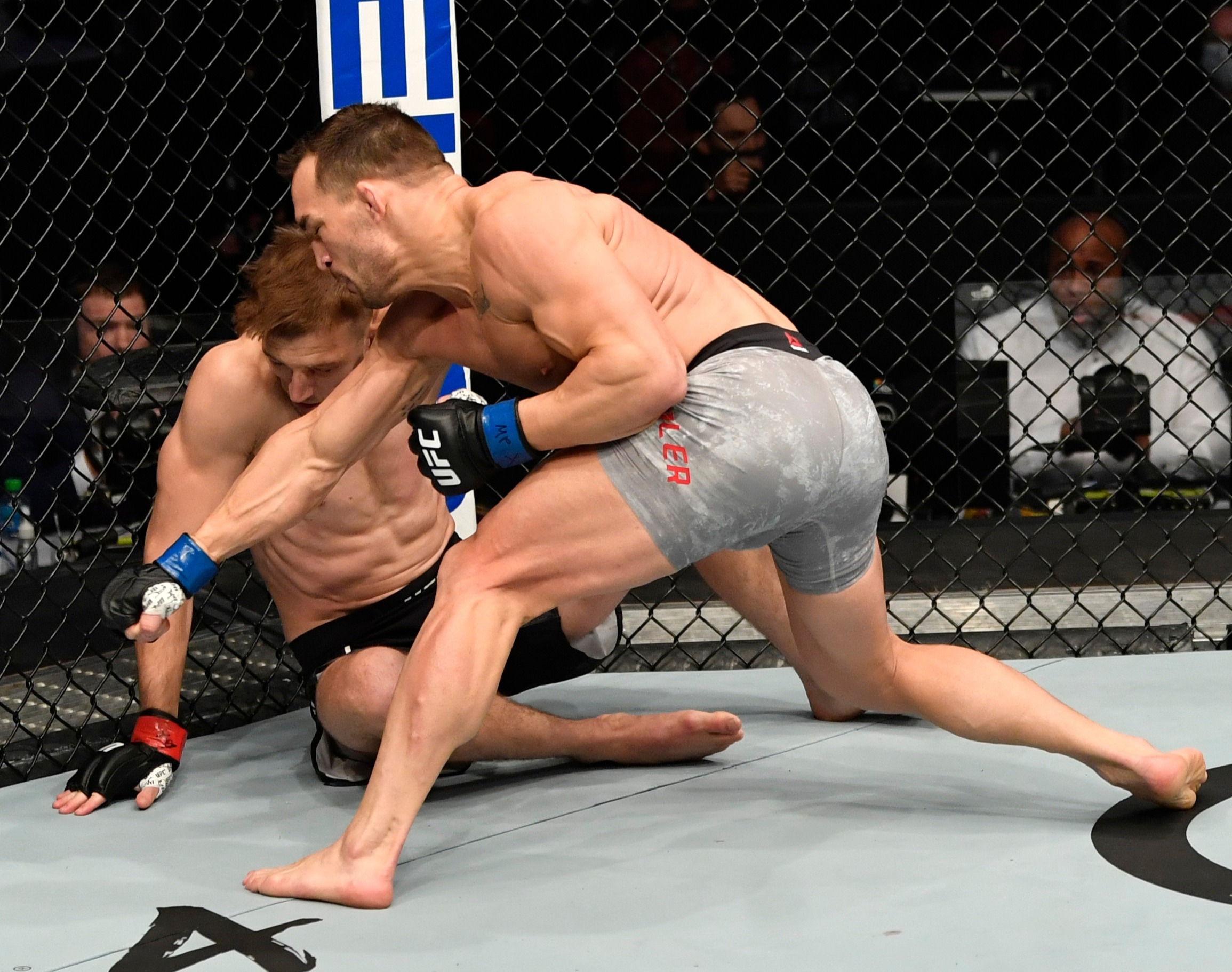 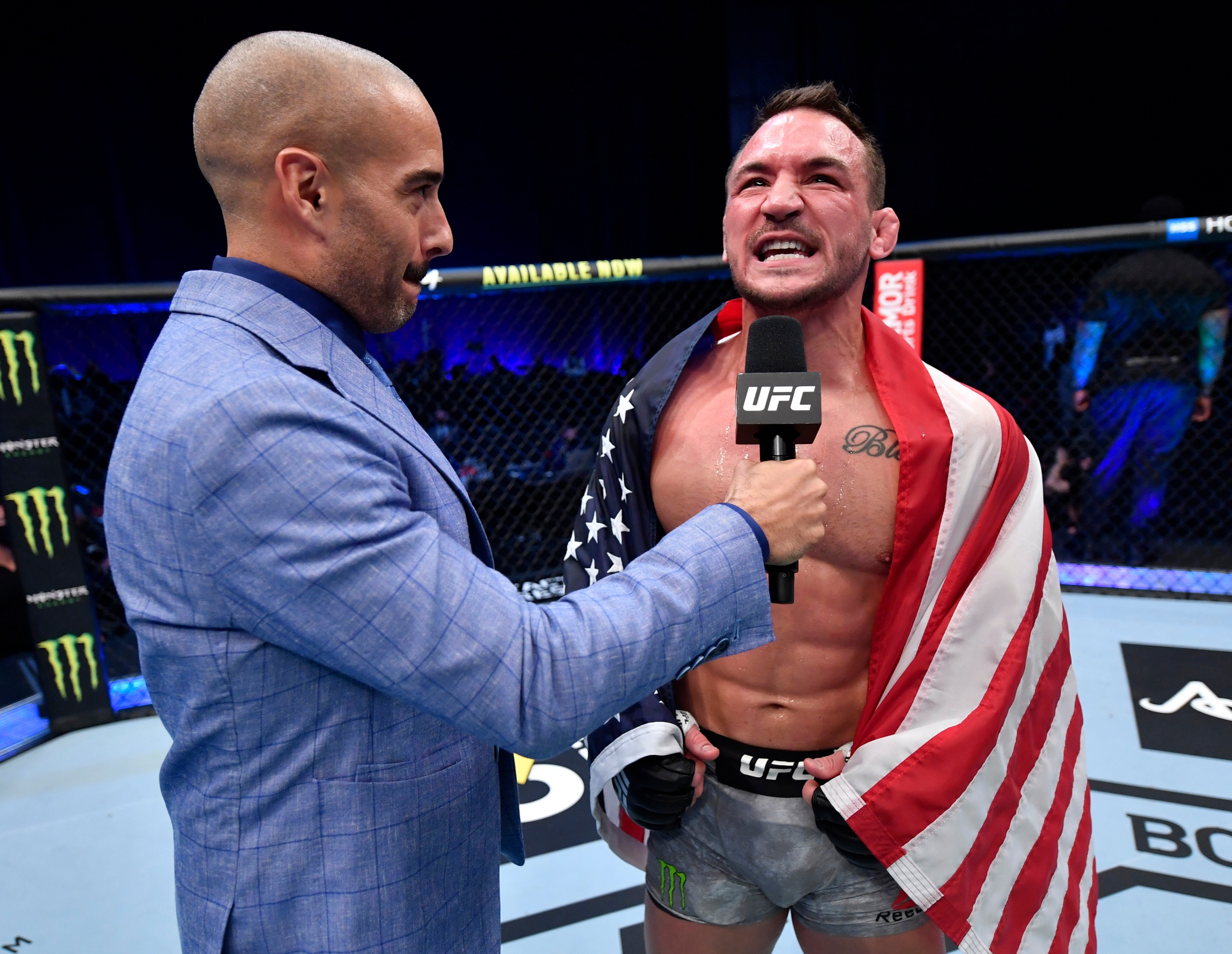