FLOYD MAYWEATHER was captured giving Tyron Woodley some tips of the boxing trade ahead of his fight against Jake Paul.

The former UFC champion faces YouTube star Paul in August and was offered help from Mayweather. 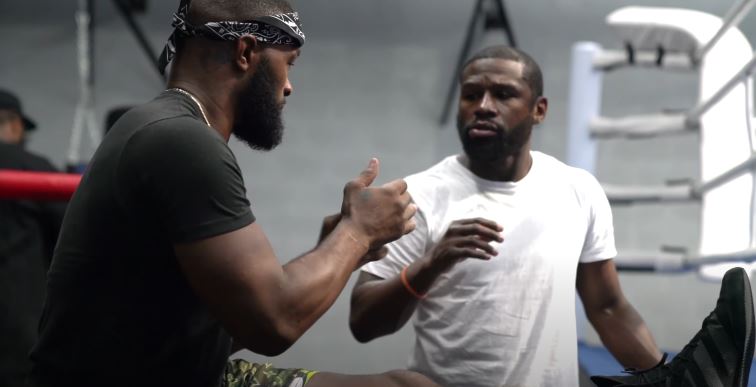 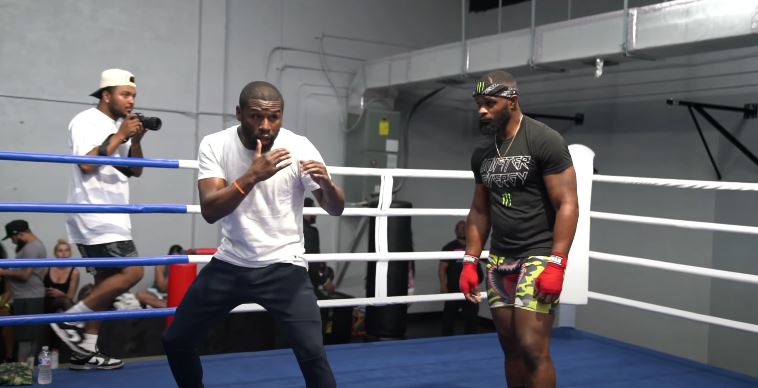 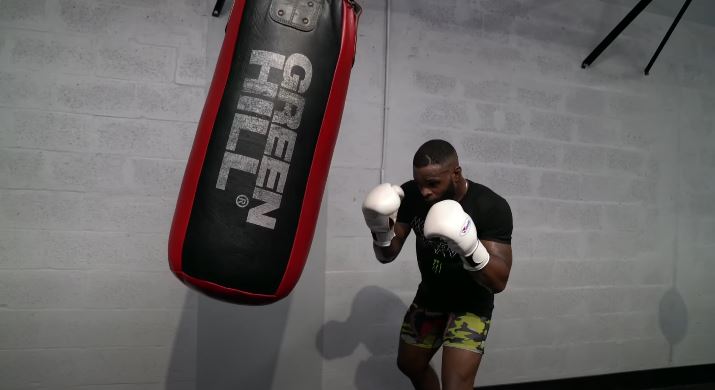 Woodley linked up with the boxing legend in Miami alongside trainer Gerald Tucker.

In the video, the former UFC welterweight shadow boxes in the ring with Mayweather, before hitting the pads and heavy bag.

In Woodley's 'Champ Camp' series, Mayweather says: "When you're on that bag, you go like you're in the UFC ring.

"The same way you work there, that's how I want you to work here."

Mayweather recently fought Paul's brother Logan, 26, in an exhibition bout which to the shock of many went the full eight round distance.

Beforehand, Jake stole the retired legend's hat, sparking talk of a fight between the two.

But Mayweather poured cold water on a return to the ring after he failed to knock out Logan.

He has instead turned his attention to training Woodley and offered to set the American up in Las Vegas at his boxing club.

Woodley told FightHub:“They want me to come to Vegas. He came in yesterday and we trained and he really wants to help me.

“I learned so much. If I never got the chance to work with him again, I learned enough little, small details and small little back pocket tricks that will take me through this fight and maybe through a couple fights.”

Woodley will make his boxing debut against Paul, having left the UFC after four straight losses.

But he did reign the welterweight division from 2016-2018 with four defences, but is without a win in three years.

Meanwhile, Paul has burst onto the boxing scene since his professional debut in 2020, when he beat online rival 'AnEsonGib'.

But he only has wins over YouTuber Gib, ex-NBA player Nate Robinson, 37, and retired UFC welterweight Ben Askren, 36, a renowned grappler.

Woodley will provide Paul with the greatest test of his prizefighting career so far. 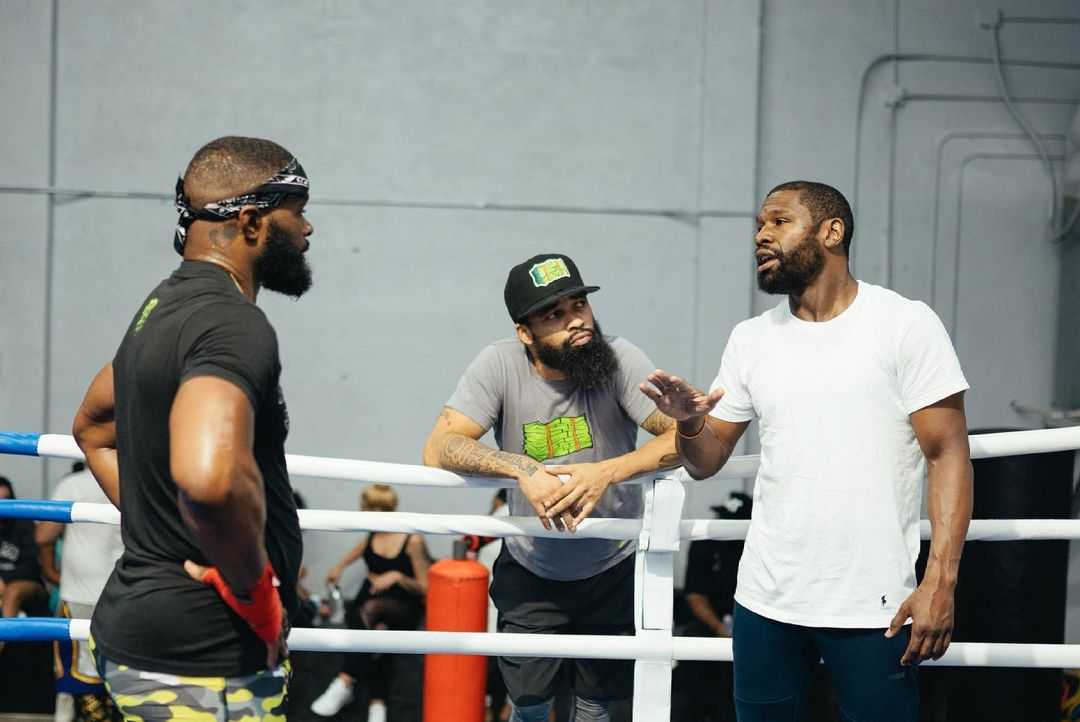 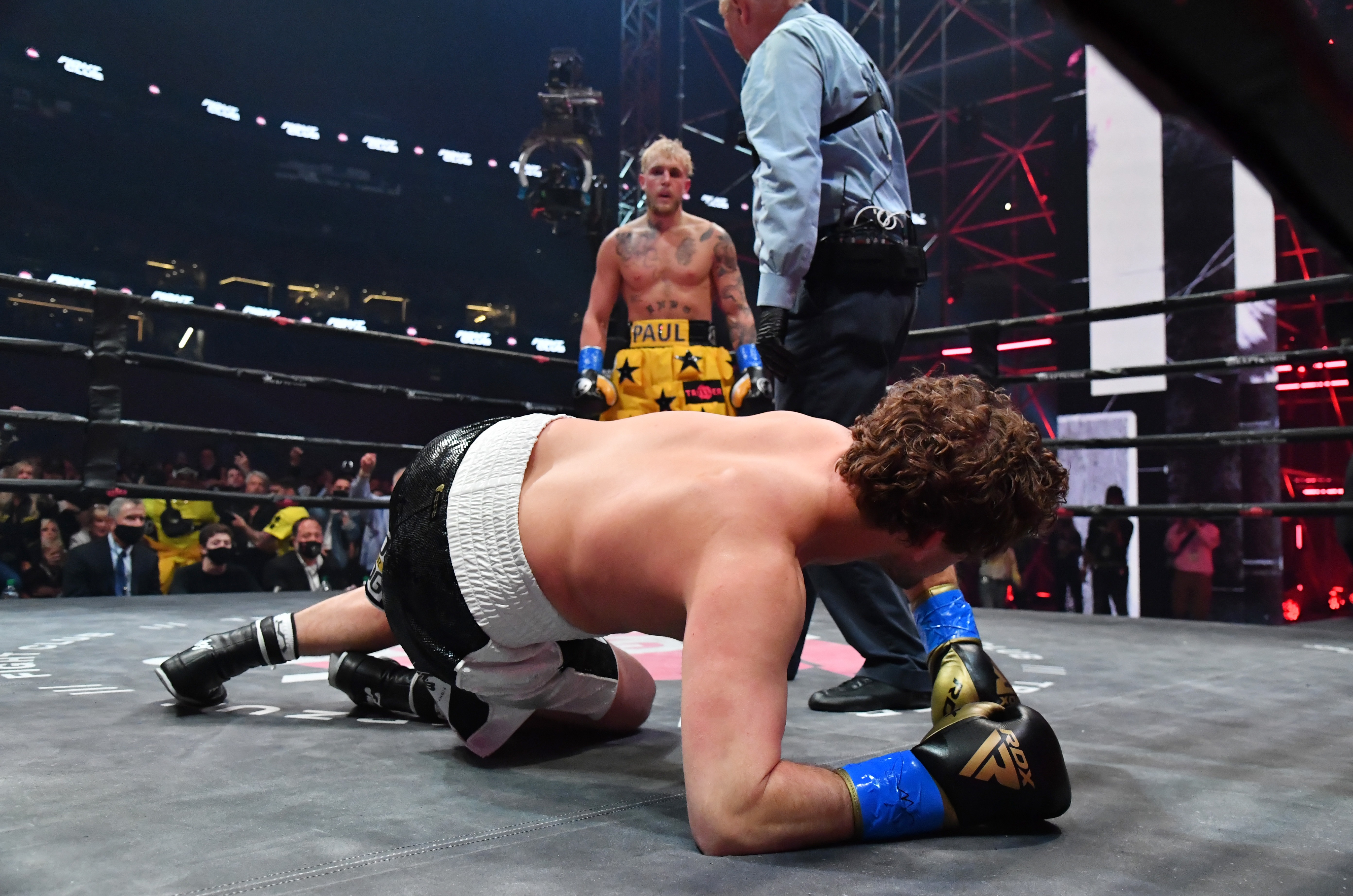