ENGLAND'S Jonathan Thomson had crowds roaring on Friday with a hole in one at The Open.

The tallest player on the European Tour made the ace at the par-three 16th hole at Royal St George's. 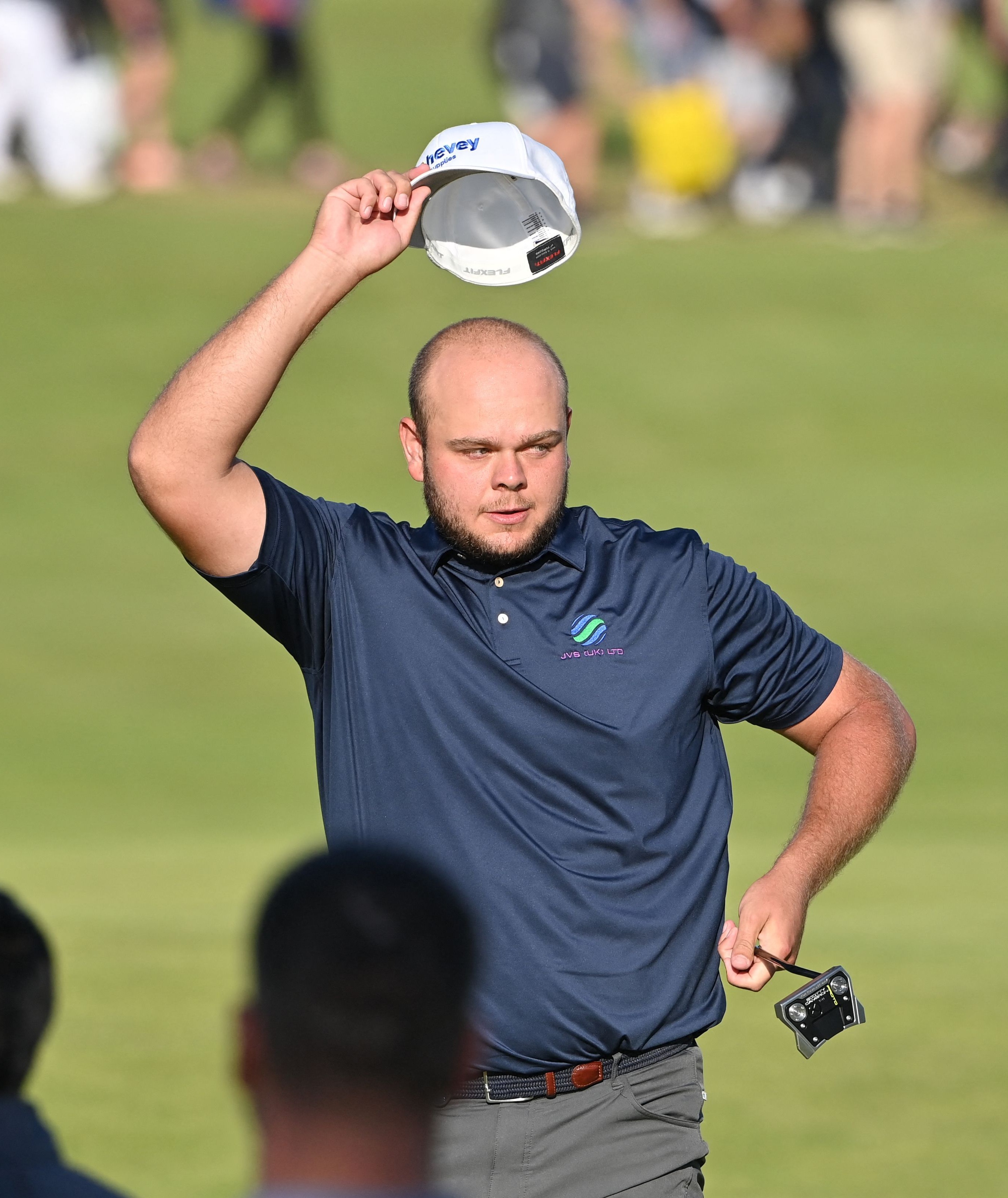 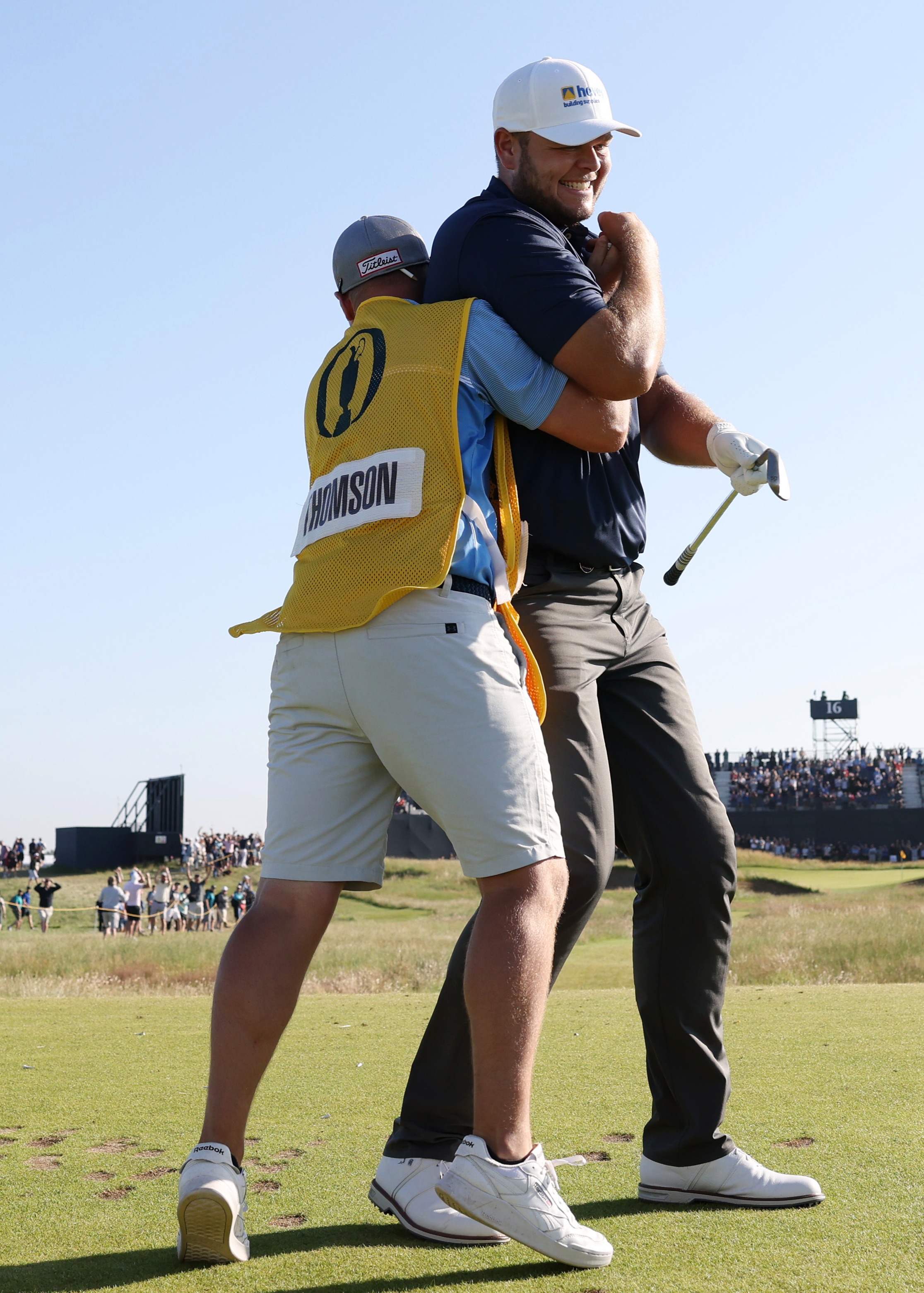 The 6ft 9ins 25-year-old sent his tee shot straight into the cup at the 162-yard hole before raising his arms to the skies in celebration.

There are 32,000 fans at St George's every day for this year's event – and those gathered at the 16th hole let out a huge roar.

Thomson is ranked 889th in the world and recovered from leukaemia as a child.

He also birdied the 17th to move to two under par and in line to make the cut.

It came at the very same hole that Tony Jacklin made the first ever hole in one shown on live television.

Thomson said: "Me and my caddie were having a chat – it was right in between gap wedge and wedge.

"He told me it was a hard gap wedge and to tell you the truth I probably pushed it a few yards.

"We couldn't see it go in and then we saw the hands go up in the crowd and the noise was just phenomenal.

"I've never witnessed noise like that. The fans loved it. It was a special moment in a special tournament."