REVEALED: Volodymyr Zelensky’s video message for world peace he wanted to broadcast ahead of kick off at the World Cup final… after ‘FIFA rejected the request’ because it was ‘too political’

A video shared on social media has shown what Ukrainian President Volodymyr Zelensky was going to say in his message calling for world peace ahead of kick off at the World Cup final.

CNN had reported FIFA rejected Zelensky’s request to share his message which he had planned to broadcast before Argentina faced France on Sunday.

In a video which has been released on social media by Ukraine’s Ministry of Foreign Affairs, it has been revealed what Zelensky was hoping to say, centred around calling for peace and an end to the war in Ukraine. 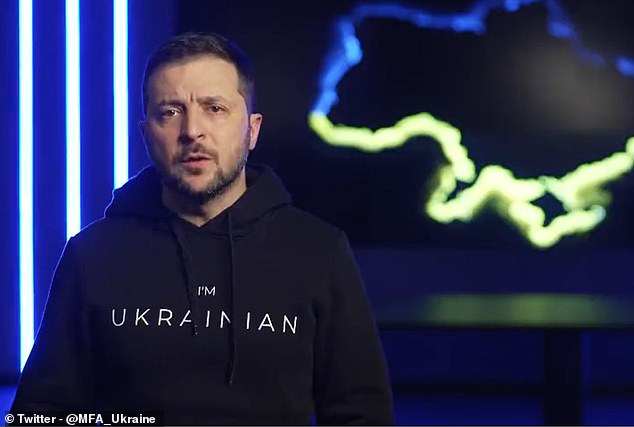 Ukrainian President Volodymyr Zelensky offered to broadcast a video to fans ahead of Sunday’s World Cup final, calling for world peace, but CNN reported that FIFA rebuffed his request

The president said: ‘Warm greetings from Ukraine to all fans of football, life and peace. I congratulate the whole planet on the World Cup final.

‘Today, we’ll witness a common victory. The celebration of human spirit. This World Cup proved time and time gain different countries and nationalities can decide who the strongest in fair play is but not playing with fire on the green playing field and not on the red battle field.

‘This is the dream of so many people when players compete making everyone enjoy peace. Every father would like to take his son to a football match all over the world and every mother would like her son to be back from war. 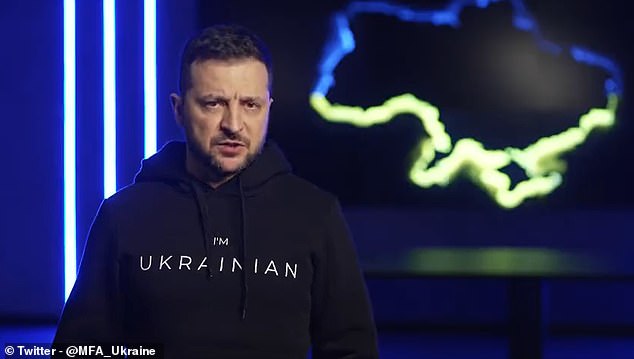 A video was shared on Twitter by Ukraine’s Ministry of Foreign Affairs, revealing Zelensky’s full one minute and 43 second speech, in which he also called for an end to the war in Ukraine

‘Whenever it is, Ukraine strives for peace more than anything else. We offered peace formally to the world, we offered it because there are no champions in war, there can be no draw.

‘I announce the initiative to hold a global peace formal summit this winter. The summit to unite all nations of the world around the cause of global peace.

‘Stadiums and stands get empty after the match and after the war cities remain empty. That’s why wars must fail and peace is to become the champion as it is there in Qatar now. The World Cup but not the world war. It is possible. 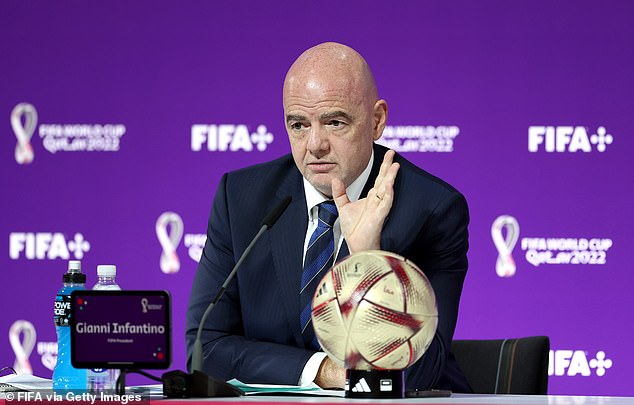 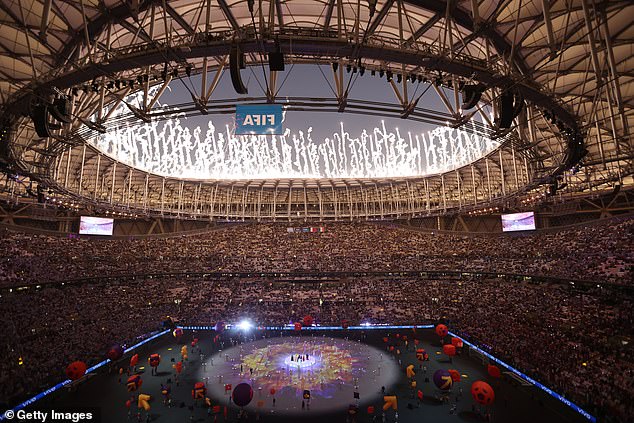 Zelensky then concluded: ‘Please support Ukraine in our efforts to restore peace. Join the global peace formal summit and become a champion of peace. Let’s witness the final together and end the war. Slava Ukraini (glory to Ukraine) and Happy Qatar Day.’

CNN had added in its report on Friday that talks between Zelensky and FIFA were still taking place, meaning the sharing of a message may still be agreed ahead of Sunday’s game.

However, on Saturday, the Ukrainian presidential office slammed FIFA for their decision to not allow Zelensky’s message to be broadcast and announced how it will distribute the video independently if FIFA doesn’t air it.

In a statement issued to CNN, they said: ‘Qatar supported the President’s initiative, but FIFA blocked the initiative and will not allow the video address of the president to be shown before the final game.

‘FIFA has lost its valuable understanding of soccer – as a game that unites peoples, rather than supporting existing divisions.’

CNN also reported the Ukrainian presidential office had been told that FIFA viewed the message as too political. 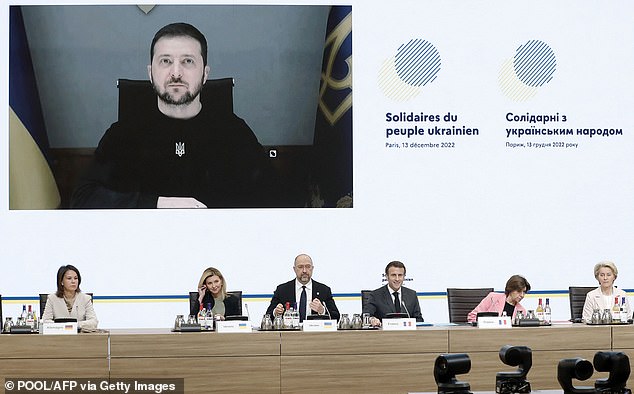 Zelensky, pictured speaking via video link to the European Commission on December 13, has appeared at the Group of 20 Nations summit, the Grammys and the Cannes Film Festival

This is something they also rebuffed. They said: ‘There is nothing political in the president’s appeal that gives political colour to the sporting event, namely, there are no subjective evaluations, political signals, and even more so no accusations’, before adding there is ‘still time for FIFA to correct their error.’

‘FIFA should not be afraid that words of peace will be heard at the global soccer celebration that represents peace.’

The Ukrainian President has spoken at many of the largest events in the world in order to garner support for the country’s defence against Russia’s invasion, which began on February 24 this year.

Zelensky appearances include the Group of 20 Nations summit to the Grammys and the Cannes Film Festival.

He has also appeared alongside several celebrities and journalists, including Sean Penn, David Letterman, and Bear Grylls most recently.