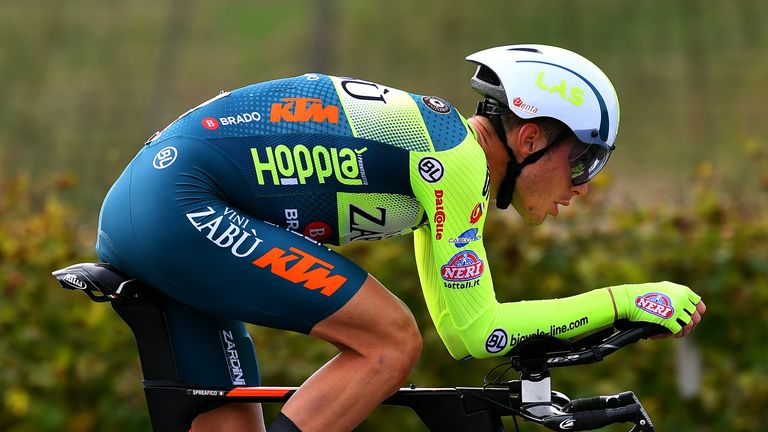 Italian cycling team Vini Zabu have been suspended for a period of 30 days after two of their riders tested positive for banned substances in a 12-month period, world cycling body UCI said on Monday.

The suspension is backdated from April 7 and will be effective until May 6.

“The UCI Anti-Doping Rules provide for the suspension of a team when two of its riders receive notice of an Adverse Analytical Finding for a non-specified substance in samples collected during the same 12-month period,” the UCI said in a statement.

The positive tests led to the team withdrawing from next month’s Giro with the wildcard entry going to Italian cycling outfit Androni Giocattoli-Sidermec.

This year’s Giro starts in Turin on May 8 and finishes in Milan on May 30.